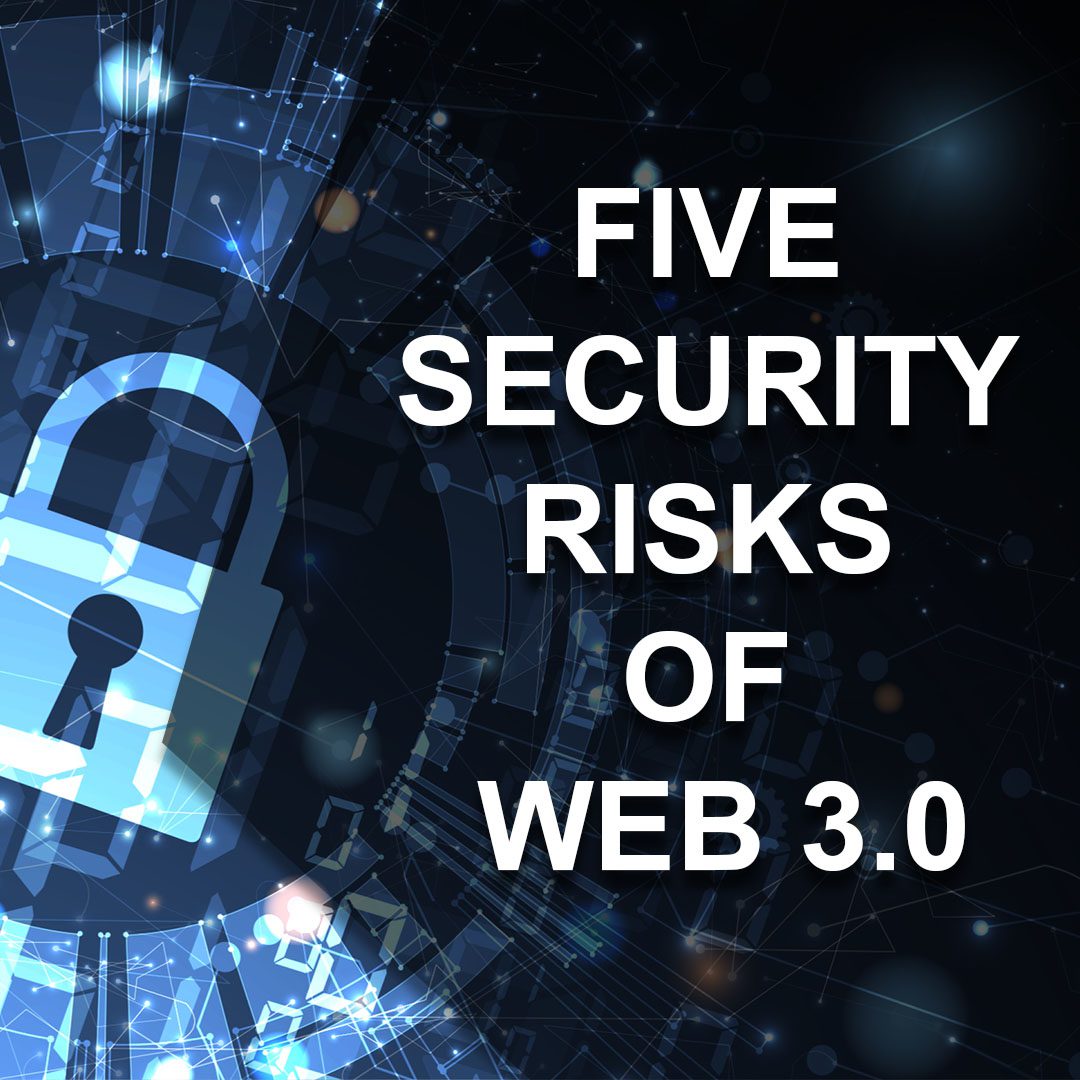 The internet has gone a long way in its growth. From web 1.0’s concentration on static sites, web 2.0 introduced new options such as social networking domains and discussion forums, the latter of which allows users to produce and add material to the online. Everything on the internet now takes the shape of a large database in its newest edition, web 3.0. And, although this transition provides enormous size and opportunities, it also carries with it equally significant cybersecurity concerns that web 3.0 must address.

While the web 3.0 version offers various prospects for change and digital revolution, it’s also profitable for outliers with malicious intent.

with the purpose of manipulating and breaking into the system Industry experts are highly aware of data security concerns and are attempting to use technologies like Artificial Intelligence (AI) and blockchain technology in the development of web 3.0. Because of sophisticated protocols and a decentralised working mechanism, these new-age inventions provide much improved safety.

Developers working on a new ecosystem under web 3.0 must keep the following five cybersecurity problems in mind to keep data safe and secure:

The most significant worry with web 3.0 is the information’s validity. Experts believe that because web 3.0 will be regulated by new technologies and decentralised data management, the data integrity and uniqueness of the information would be preserved.

Stakeholders have expressed worries about whether data managed by machines in web 3.0 has a safety and accuracy checking system.

Who will decide whether or not the information is accurate? What will be the motivation/incentive for promoting fact-based information, most importantly? All of these issues are vital, and they demand a thorough debate and discussion among the web 3.0 ecosystem’s players.

In the absence of a rigorous verification process, web 3.0 might become the world’s largest source of deception. People can manipulate the data to get the results they want from search engines.

Take, for example, the Microsoft Tay chatbot.The firm allowed the bot to learn from Twitter chats; however, malevolent elements sent out harmful messages to force the bot to learn bigoted things. Imagine the magnitude of disruption that disinformation distributed by manipulated databases in web 3.0 may cause the world if one modest trial by Microsoft turned out to be such a disaster for the corporation.

Because everything is becoming digital, the overreliance on data is a genuine problem for web 3.0 stakeholders. The crucial concern is how the systems and processes will function if the data is unavailable.

Broken links are already a problem on web 2.0, and computers must make local copies of virtually everything that is asked of them to solve this problem. Similarly, there is a significant gap between the information requested and available, and in this situation, data unavailability poses the greatest risk to the expansion of web 3.0.

In the realm of the internet, data breaches are nothing new. Breach of data confidentiality is a common occurrence, and this threat perception is heightened in the case of web 3.0.

Despite the fact that web 3.0 has improved data security safeguards, the risk of inadvertent content leakage or placement will always exist. To deal with such a situation, cybersecurity professionals must create a system that might potentially prevent data leaks before they occur.

Despite the fact that blockchain technology is one of the safest technologies available, hackers might get unauthorised access to wallets and other digital assets by exploiting one or more cryptographic flaws. And if the breach occurs, recovering the money or stolen digital assets will be nearly difficult.

This is due to the fact that crypto and other digital assets are built on decentralised technology, and there is no way to track completed transactions and retrieve lost funds. As a result, while web 3.0 offers more prospects for democratisation, any system flaw might result in irrecoverable monetary losses.

Web 3.0 has the potential to catapult the internet sector to new heights of profitability and development. It will open up a whole new universe of possibilities, with the finest par prospects accessible to all industry stakeholders.

This latest version of the web, on the other hand, must protect both its functional processes and operational mechanisms from cybersecurity threats.

The threat of data hacking and leakage might jeopardise the expansion of web 3.0, and the industry must provide reliable responses to reassure potential consumers about their data and information’s safety and security.