4 in 10 smartphones are vulnerable to cyber attacks. Here’s how to protect your device? 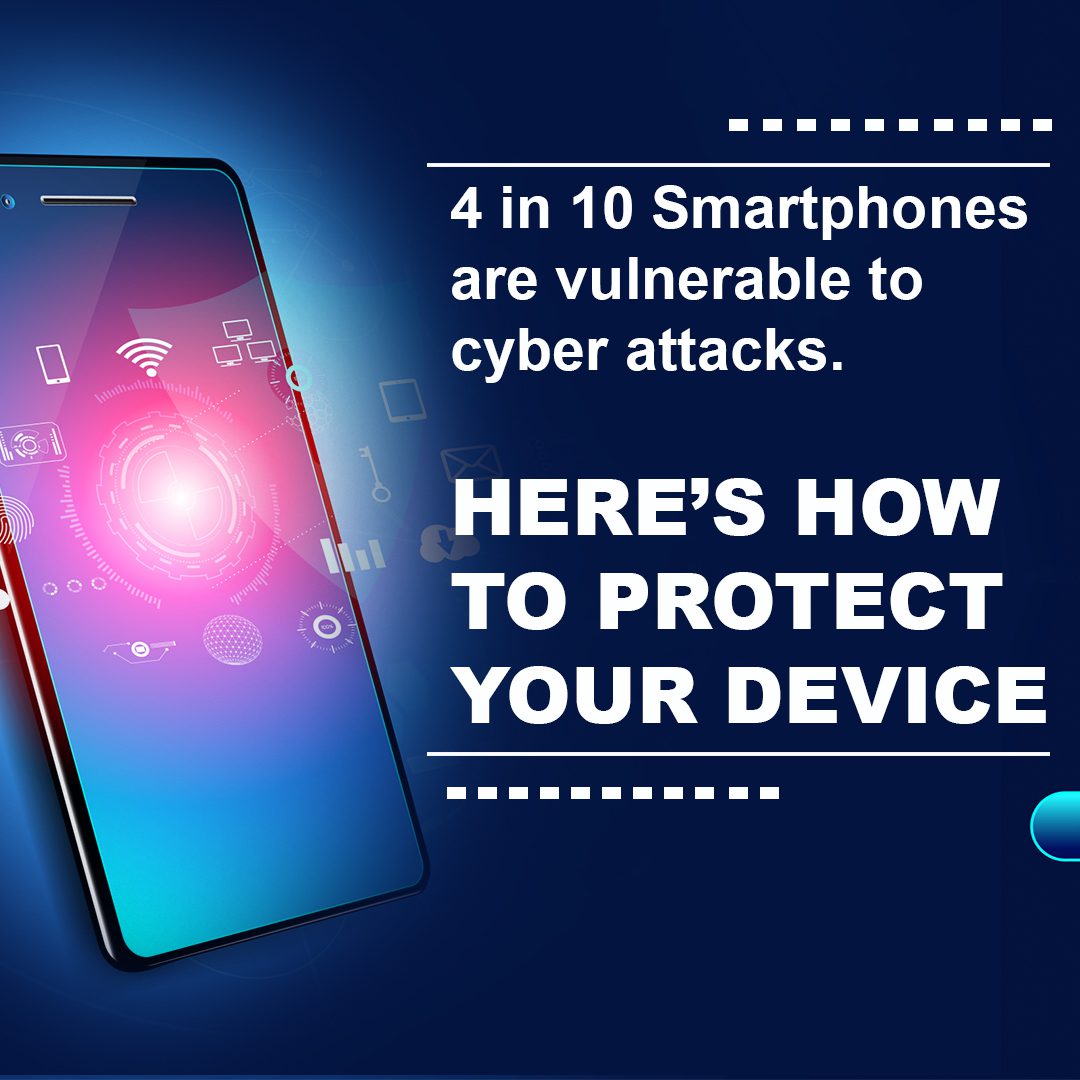 With roughly 84 percent of the world’s population possessing a smartphone and our reliance on them expanding all the time, these gadgets have become a lucrative target for con artists.

There’s a good probability you’ve installed malware that infected your phone and functioned in the background (without your knowledge).

More than one-fifth of mobile devices have been infected with malware, according to a global survey commissioned by private business Zimperium. In addition, four out of every ten mobile phones globally are vulnerable to cyber-attacks.

However, how can you tell whether your phone has been targeted? And what are your options?

What Causes A Phone To Become Infected?

Malware can infect phones just like it does PCs.

The Hummingbad virus, for example, infected 10 million Android devices in just a few months after its release in 2016, putting up to 85 million devices at danger.

A phone virus usually acts in the same manner as a computer virus: harmful code infects your device, replicates itself, and travels to other devices by auto-messaging or auto-forwarding itself as an email.

A virus can disable your phone, give your personal information to hackers, send spam messages to your contacts containing malware, and even allow the virus’s operator to “spy” on you by recording your screen and keyboard inputs and tracking your position.

In just eight weeks in 2021, Scamwatch in Australia got 16,000 reports of the Flubot virus. This virus distributes malicious URLs to Android and iPhone users via text messages. By clicking on the links, you may download a malicious app on your phone, allowing criminals access to your personal information.

Is it safer to use Apple or Android?

While Apple devices are usually believed to be more secure and less vulnerable to malware assaults than Android devices, iPhone owners who “jailbreak” or tweak their phones expose themselves to security risks.

Phones, on the other hand, are typically more virus-resistant than personal PCs. Because software is often deployed through authorised app shops that evaluate each programme, this is the case (although some malicious apps can occasionally slip through the cracks).

Furthermore, phones are more secure than PCs since apps are often “sandboxed” in their own isolated environment, unable to access or interact with other programmes. This lowers the chance of malware infiltration or cross-contamination. However, no technology is completely safe.

Keep an eye out for warning signs.

While it’s not always simple to identify if your phone is infected, if it is, it will display certain unusual behaviours. Poor performance, such as apps taking longer than normal to launch or crashing sporadically, are some warning indicators to look out for.

There are certain actions you may take if you fear your device has been infected by a virus. To avoid additional harm, you must first uninstall the infection. The following are some basic troubleshooting steps:

You can back up all of your data and conduct a factory reset on your phone as a last option. Malware may be removed by resetting a phone to it’s settings.

Infection protection for your phone

Now that you’ve restored your phone, it’s critical to protect it from future infections and other security threats. The above-mentioned mobile security applications will assist with this. However, you may also avoid clicking strange pop-ups or links in strange text messages, social media postings, or emails.