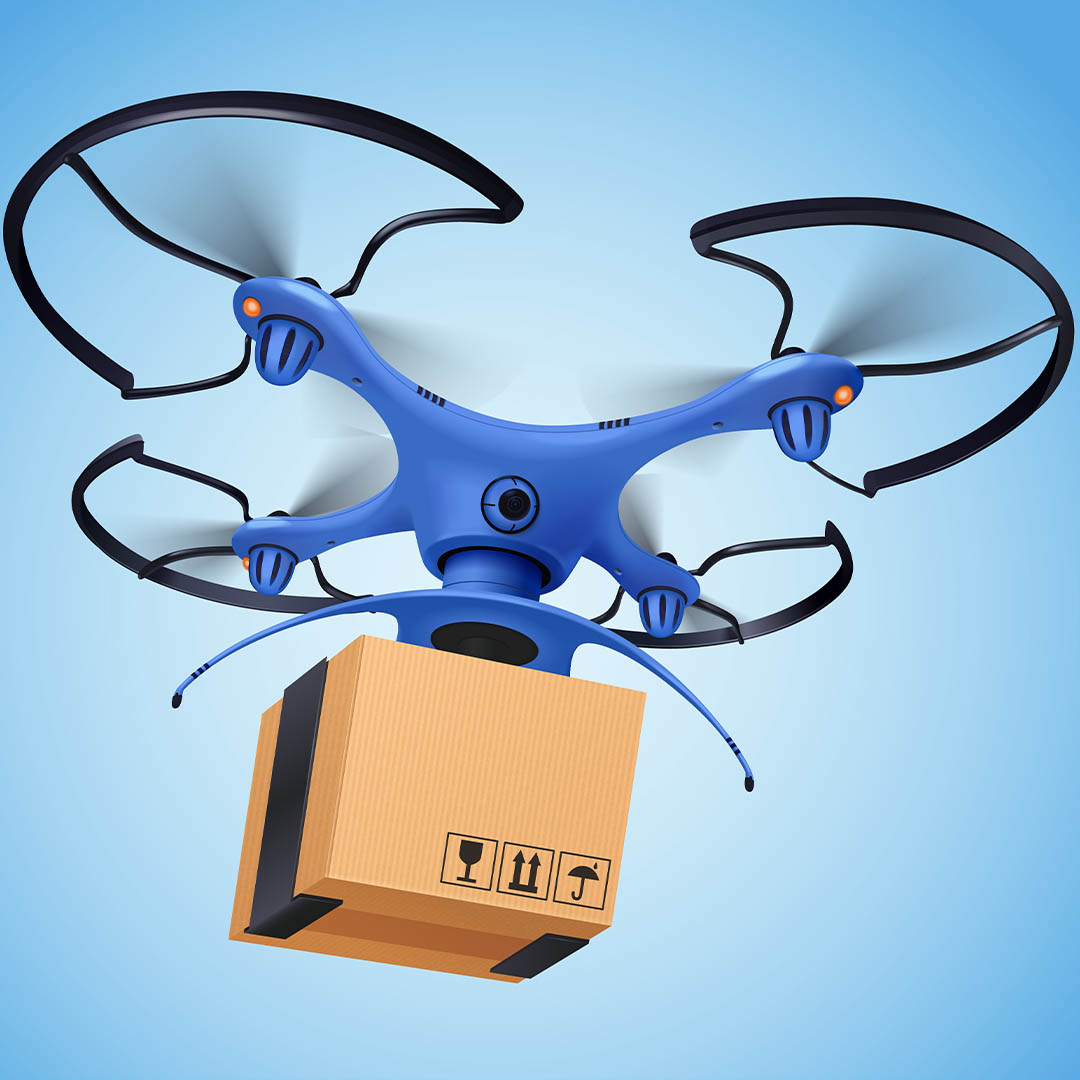 The New Drone for Delivery:

The new, lighter, and smaller “MK30” drone will take the place of the existing hexagonal “MK27-2” drone.

The MK30 drone, developed by the tech giant, is scheduled to enter drone service in 2024 and is anticipated to be 25% quieter than existing models, according to a blog post published on Thursday. It is smaller and more lightweight than the MK27-2, the drone that will later this year be deployed to carry packages in Lockeford, California, and College Station, Texas.

“The purpose and objectives of the new drone are the same as its predecessor’s designs: transport packages weighing up to five pounds while flying hundreds of feet in the air,” it added.

The Amazon Prime Air drone delivery program that Amazon has been working on for years aims to deliver products rapidly and affordably. The new design allows for increased range, expanded temperature tolerance, and new safety features, Amazon said. As per the given statement from Amazon, it is said, “The MK30’s increased range, expanded temperature tolerance, safety-critical features, and new capability to fly in light rain will enable customers to choose drone delivery more often”.

The launch of Prime Air in 2013 promised one-hour delivery speeds for thousands of products stored in Amazon’s warehouses. Amazon played a key role in developing the drone delivery concept for Amazon Prime grocery and food delivery. The project was scaled back the next year after receiving Federal Aviation Administration permission for the drones in 2020.

Plus, with Amazon’s new delivery tracking system, you can always know where your package is and when it will arrive. So, whether you’re ordering a new book, some groceries, or your favorite takeout, you can rest assured that your order will arrive quickly and safely with Amazon Prime Air. With the drone, customers could track their orders and receive real-time updates on their package’s location through the GPS.

How will be the New Amazon Prime Air Drone:

The company’s current fleet of delivery drones covers a distance of around 9 miles while traveling at speeds of up to 50 mph while carrying products weighing up to 5 pounds.

The drone would be controlled remotely by a trained operator. Amazon is still working out the details of how the drone service would work, but it has said that customers would be able to track their packages in real-time and that the drones would be deployed from Amazon warehouses. If Amazon’s Prime Air delivery drone lives up to its potential, it could be a game-changer for the delivery industry.

While it’s impossible to eliminate all risks from flying, “we have taken a proven aerospace approach to design safety into our system,” the company said.

National aerospace regulatory authorities like the Federal Aviation Administration (FAA) will rigorously assess the new drone to verify its dependability and safety.

“We have created a sophisticated and industry-leading sense-and-avoid system that will allow our drones to operate at greater distances while safely and reliably avoiding other aircraft, people, pets, and obstacles,” said Amazon.

Customers who are the users of Lockeford, California, and College Station, Texas, in the US, will be among the first to get Amazon Prime Air drone deliveries later this year, the business revealed earlier.

“To sustainably deliver a vast selection of items in under an hour, and eventually within 30 minutes. At the scale, drones are the most effective path to success,” Amazon said.

Compared to the past two years of increasing demands, Amazon is facing challenges as it continues to enhance its drone technology. According to the Wall Street Journal report, it is considering lowering operating expenses and suspending corporate employment in addition to restructuring unproductive business segments. The business said last month that Scout, their delivery robot, would no longer be undergoing field trials.

Amazon’s Prime Air delivery drone could revolutionize grocery delivery as we know it. The drone, which is still in development, would be able to deliver packages weighing up to five pounds in 30 minutes or less. This would be a huge time-saver for busy families or anyone who doesn’t have time to go to the grocery store. Not only would this new drone service save time, but it could also help reduce traffic congestion and pollution. With more people opting to have their groceries delivered, there would be fewer cars on the road and fewer emissions from vehicles. This would be a win for the environment and public health. Delivery drones are still in the early stages of development, but they promise a better future. If Amazon’s Prime Air delivery drone is successful, it could change how we think about grocery delivery forever.

How to Recover Data from Corrupted MacOS

Is BGMI banned in India? – What was the reason behind it?