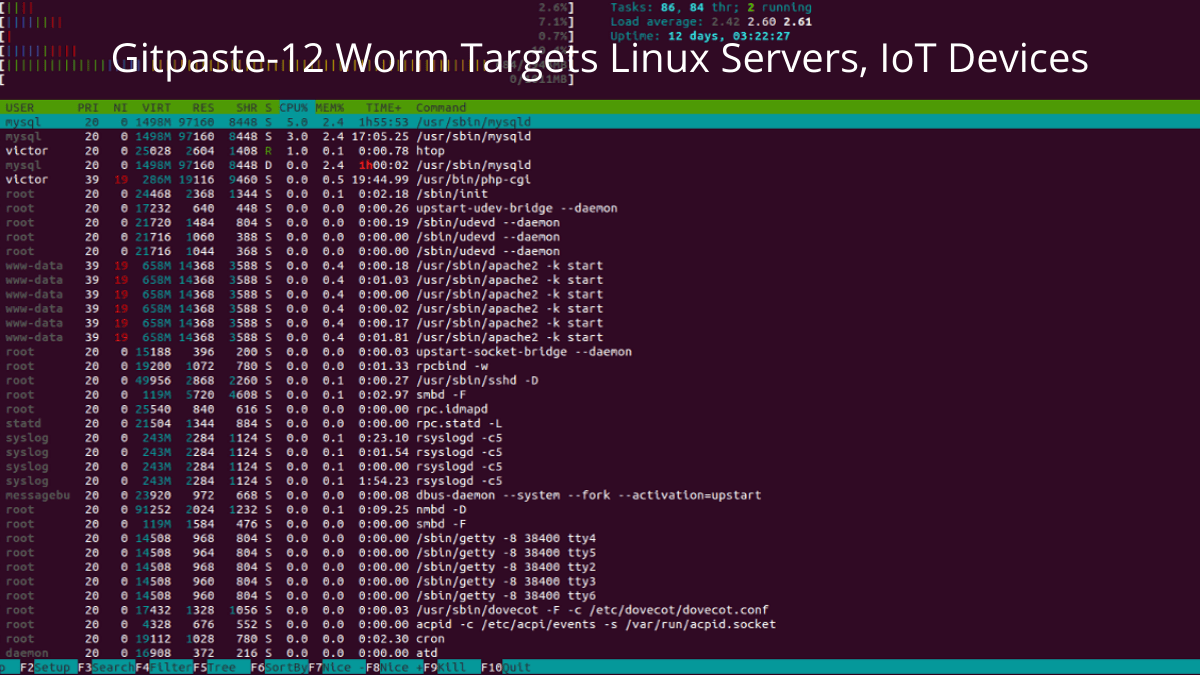 Researchers have discovered a new worm named as Gitpaste-12 that has targeted Linux Servers and Linux IoT devices that are based on ARM and MIPS CPUs. The malware is called GitPaste -12 as it uses Github and Pastebin for accommodating the component code it has 12 different attack modules.

Initially, the malware tries to break into the system by accessing the password. Once the system is compromised, the main shell script is uploaded to the system. The script is responsible for downloading a cron-job (cron job is a time-based job scheduler in Unix-like computer operating systems) from Pastebin and setting it up. This script executes the other components of Gitpaste-12.

The worm was first discovered by Juniper Threat Labs on the 15th of October,2020. Researchers associated with Juniper Threat Labs have stated that the worm is very dangerous as it can spread in an entire organization or to the hosts in an automated fashion attempting to harm other networks across the internet. This may result in the poor reputation of the affected organization