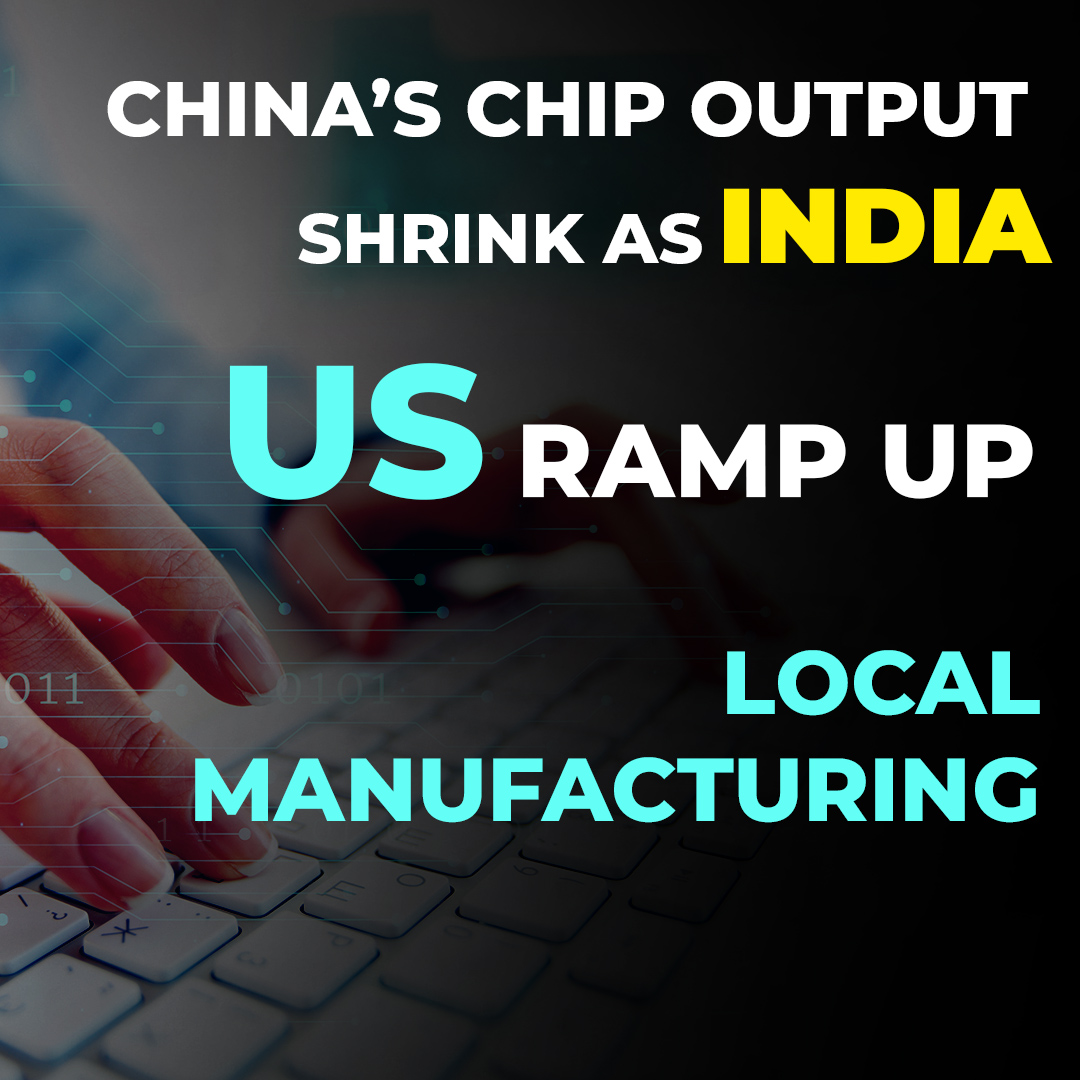 There are a few factors that have contributed to India’s recent success in the chip manufacturing industry. First, the country has a large pool of skilled labor. Second, the Indian government has been investing heavily in the country’s chip industry. And third, a number of foreign companies have set up operations in India, to take advantage of the country’s low labor costs. Looking forward, it is clear that India will play a major role in the global chip industry. In order to maintain its position as a leading manufacturer, the country will need to continue investing in its infrastructure and workforce. Additionally, it will need to attract more foreign investment.

Both India and the US are expected to see continued growth in their chip industries:

According to the South China Morning Post, the production of integrated circuits (ICs) slumped 24.7 percent year on year to 24.7 billion units, marking the largest single-month decrease since 1997.

This is also the second consecutive month of decline for chip manufacturing. In July, the output nosedived 16.6 % to 27.2 billion units.

The local output of microcomputers fell 18.6 percent to 317.5 billion units in August.

According to statistics from the business database platform Qichacha, a record 3,470 chip-making companies “went out of business in the first eight months of the year”.

The Gujarat government has partnered with Vedanta and Foxconn, aiming for an investment of ₹ 1.54 lakh crore to achieve self-reliance in the field of semiconductor manufacturing.

According to the report by the India Electronics & Semiconductor Association (IESA) and Counterpoint Research, India’s semiconductor component market is likely to reach $300 billion in cumulative revenues by 2026, as ‘Make in India’ and production-linked incentive (PLI) schemes will boost local sourcing of semi-components in the coming years.

US President Joe Biden has signed into law the Chips and Science Act, which provides nearly $52 billion in semiconductor production incentives.

Intel has kicked off work on the new $20 billion semiconductor plant in Ohio state in the US.

Samsung has floated the idea of investing nearly $200 billion to build 11 more chip plants in the US over the next two decades.

What are the top features of iOS 16 that must be tried?

New Google Pixel 6A phone is available for a budget price