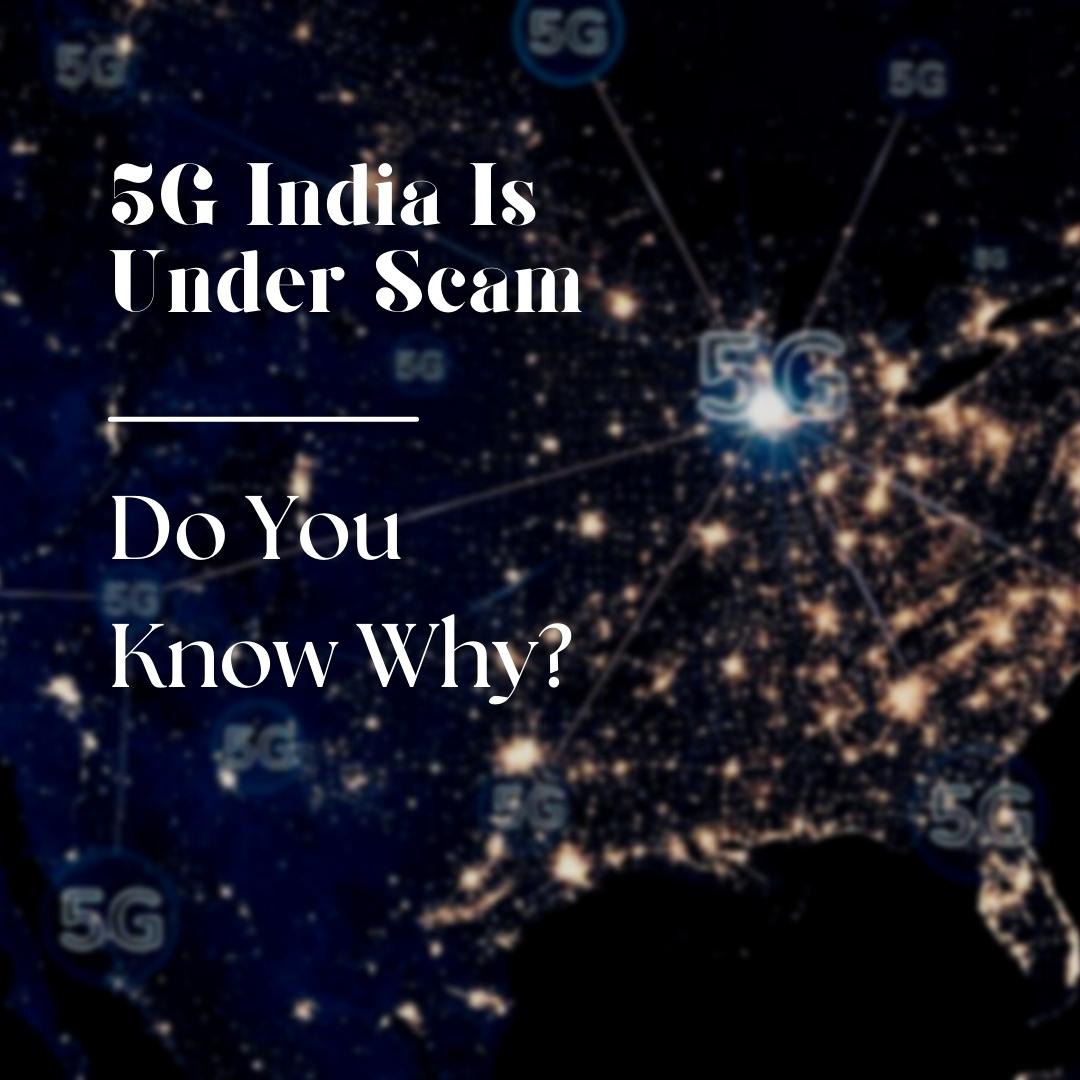 The 5G rollout in India is under a lot of scrutiny these days. Do you know why? Here’s a quick intro to the controversies surrounding 5G in India. The 5G network has been mired in controversy ever since its inception.

In India, the recent 5G trials have been conducted amid much fanfare and criticism. The main concern is the safety and security of the 5G network. The technology of 5G is still in its infancy, and it has many unknown risks and dangers.

5G radiation poses serious health risks, according to some experts. There is also a fear that the 5G network could be used for mass surveillance and data theft. The Indian government has been promoting the 5G rollout as a big step in the country’s digital transformation journey. It remains to be seen whether India’s 5G rollout will succeed with so many concerns and controversies.

The rollout of 5G services in India will happen in stages. It will be introduced in 13 Indian cities at first.
The 5G service will first be available in significant metro areas including Chennai, Mumbai, Delhi, and Kolkata. The launch is scheduled for Diwali by Reliance Jio.

The next-generation network will be available throughout the rest of the nation by December 2023.

What is 5G India?

5G India is a next-generation wireless technology that promises to revolutionize the way we connect to the internet. It is faster, more efficient and has the potential to change the way we live and work.

The Indian government has been working on a 5G strategy since 2016 and had planned to auction 5G spectrum in 2018. However, the process was delayed due to various reasons, including lack of clarity on regulations and pricing.

In 2019, the government finally released a draft National Telecom Policy (NTP) that included 5G as one of its key objectives. The NTP proposed a two-stage approach for the rollout of 5G in India – first, by 2020-21 in select cities for early adopters; and then nationwide by 2025.

However, the draft NTP was met with criticism from various quarters, with many experts flagging concerns over its unrealistic timelines and lack of clarity on key issues such as spectrum pricing and allocation.

The government is now working on finalizing the NTP and is expected to release it soon. In the meantime, it has also started testing 5G technology in select cities across India.

If all goes according to plan, India could be one of the first countries in the world to roll out 5G services commercially.

If you own a smartphone in India, you may have received a message or call claiming that your 4G SIM card can be upgraded to a 5G SIM card or there can be a “sim upgrade” from 4G to 5G. This is a scam that is currently making the rounds in India.

There are several variations of the scam, but the basic premise is that you will be asked to provide your personal information and pay a fee in order to upgrade your SIM card. The scammer may also claim that they can provide you with a 5G-ready SIM card for free. In reality, there is no such thing as a 5G SIM card.

5G technology is not yet available in India and is not expected to be available for at least another year. So if you receive a message or call claiming that you can upgrade your SIM card to 5G, it is almost certainly a scam.

Another trap includes the scammer as an identity of a customer support agent for your mobile provider and state that there is an issue with your account. Your 4G SIM OTP (one-time password) will be requested at that point in order to “check” your identity and resolve the problem. Otherwise they are sending phishing URLs that request sensitive or private information, such as bank passwords.

Mumbai Police previously alerted its followers to a swindle when con artists wanted money and said they could assist customers in upgrading to a 5G SIM while actually demanding money themselves.

The 5G Sim updating message comes from any of the disguised scammer acting as an operator either telling your Jio 5G Sim or your Airtel 5g sim or you can have “New Sim for 5g” for your old 4G Sim.

According to Check Point’s Threat Intelligence report, Indian businesses have experienced an average of 1742 attacks per week over the past six months, which is higher than the global average of 1167 attacks.

Why is 5G India under Scam?

The 5G rollout in India has been marred by controversy and allegations of corruption. The main opposition party, the Congress, has accused the government of favoring certain companies in the awarding of 5G contracts. They have also alleged that the government is not transparent enough in its decision-making process.

The government has denied these accusations, saying that all decisions regarding the 5G rollout have been made transparently and with due diligence. However, many people remain skeptical about the government’s claims.

There are several reasons why people believe that 5G India is under scam.

Firstly, there is no transparency in the decision-making process regarding who gets to deploy 5G infrastructure in India.

Secondly, some of the companies that have been awarded 5G contracts are allegedly linked to the ruling party or have close ties to senior government officials. This raises suspicion about whether these companies were chosen based on merit or because of their political connections.

Finally, there are concerns about the security implications of using Chinese equipment for 5G infrastructure in India. China is a major supplier of 5G technology, and there are fears that their equipment could be used for espionage or other malicious activities.

The allegations of corruption surrounding the 5G rollout in India are serious and need to be investigated thoroughly. If there is indeed wrongdoing taking place, then those responsible should be held accountable and brought to justice. However, it is important to remember that these allegations are yet to be proven and should not be taken as casual.

How to Prevent Yourself from Being Scammed by 5G India?

The ongoing 5G scam in India has been making headlines for the past few weeks. With the government yet to take a clear stand on the issue, the Telecom Regulatory Authority of India (TRAI) has asked people to be cautious of fraudsters who might try to take advantage of the situation.

Here are some tips that will help you avoid being scammed by 5G India:

1. Do your research: Before investing in any 5G plans or schemes, make sure you do your homework and understand all the details about it. Be skeptical of any offers that sound too good to be true.

As the rollout of 5G begins in India, scammers are taking advantage of people’s excitement by promising them a free upgrade to a 5G SIM card. The scam works by convincing people to hand over their old 4G SIM card, which the scammer then uses to activate a new 5G SIM.

The victim is left without a working phone and has to purchase a new SIM card. To avoid this scam, be aware that there is no such thing as a free 5G SIM card upgrade.

Do not give your old SIM card to anyone, and only purchase a new SIM card from a reputable source. If someone approaches you promising a free 5G SIM upgrade, report them to the police.

It is therefore recommended to all telecom users that they themselves not need to initiate anything manually to upgrade to 5G SIM network.

Inflation data will determine whether the Fed triggers an economic recession in 2023 if it remains aggressive: Know why