Use a VPN on Your Router Today 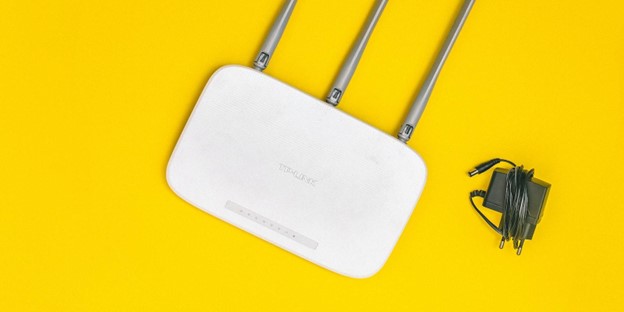 Virtual Private Networks are all the rage today among privacy and security-conscious internet users. It is estimated that millions of people use these network security tools to boost their personal privacy and cybersecurity. Known all over the world as VPNs for short, these obfuscation tools also help organizations secure their sensitive and confidential data immensely, as well as their communication channels. This is particularly true when it comes to employees that work remotely from all over the world and share company information across various mediums. But, did you know that you can install a VPN directly on your router?

What most people have not heard of are VPN routers, or adding a VPN to a router. These are two different things that achieve the same objective: obfuscating internet traffic at the source. Of course, this “source” is the router. The difference between a commercial software VPN and a VPN at the router level is big, which is why we must cover how you can use a VPN on your router today.

What Is a VPN?

A VPN, or virtual private network, is a technology similar to a proxy. In essence, using a VPN filters your internet traffic so that others cannot view it. This is akin to what a proxy does, which is an older version of this technology. In fact, the concept of “hiding” or obfuscating your internet traffic has been around for decades, ever since Microsoft introduced the PPTP (point-to-point-tunneling) protocol in the 90s when the internet was still in its infancy.

Modern VPNs are a different beast altogether. After the 2000s, computer technology changed immensely. Computers got immeasurably faster, and had more capacity, while the internet’s speed grew to new highs. At the same time, software development also followed this linear curve. What also happened is that public awareness of internet security and privacy spiked.

Thanks to this flow of events, the modern VPN was born and became very popular after the 2010s. What is also interesting is that VPN usage has spiked following global lockdowns in 202. What was once software only available to technical personnel and specialists has trickled down to the masses, meaning that people require more privacy and safety than ever before. A modern VPN can encrypt your connection to the AES 256-bit standard, which is considered military grade. This means no one can intercept (or read) what you are browsing. Premium VPNs that are community-approved and well-known can also hide you completely from both your internet service provider and even government surveillance mechanisms. It is also able to modify your IP address to a location of your choice, too. This means you can unblock streaming media, find online discounts, and much more. Furthermore, modern VPNs are offered as commercial apps which means you get a host of other features as well.

What Is a Router VPN?

There are stark differences between a commercial software VPN and a VPN router or the installation of a VPN on a router. To understand this, we need to appreciate the OSI model of networking. The OSI model approaches data flow in several layers. The software or application layer (where a desktop or mobile VPN apps are situated) is just one layer. When considering security, experts always mention that true security begins by securing core layers of the OSI model. One of these core layers is the hardware layer and the router level.

Think of it this way: your router is where the internet starts to spread throughout your house (or wherever that location is). Protecting your device (whether that be a laptop or a smartphone) with a software VPN and forgetting about your router’s security is like putting your seatbelts on but disabling the airbag system in your car. For security and privacy to work properly, most experts recommend users get a VPN system set up on their router.

Otherwise, you can save yourself the trouble of going through the process of installing DD-WRT by purchasing a pre-flashed router. This means it has the VPN activated and is ready to go.

Your router needs to be configured a certain way if you want to use it as a VPN client. Flashing is the term for this method of configuring your router for a VPN. You can learn about how to accomplish this yourself down below. But purchasing a router that is already configured to function with a VPN is the simplest option. Pre-flashed routers are what we refer to as.

These pre-flashed routers are frequently configured for a certain VPN service provider. Consequently, you should also sign up for a subscription with that specific VPN provider when you purchase the router.

Other than that, have a look at these powerful VPN-ready, high-speed routers you can order right now;

So, there you have it. VPNs are an extremely useful and versatile little tool that has become very important in the age of surveillance, cybercrime, and privacy breaches. Thankfully, there are several ways to get a VPN connection going on at the router level and not deal with VPN apps on your devices. Some people may prefer to configure this themselves, while others can go ahead and purchase a VPN-activated router.

Keep in mind to check the regional laws regarding VPN use in your country. In some regimes that monitor and track their citizens, VPN usage is either highly illegal or can lead to fines for the user.