The Rise Of Ethical Hackers In Post-Covid World 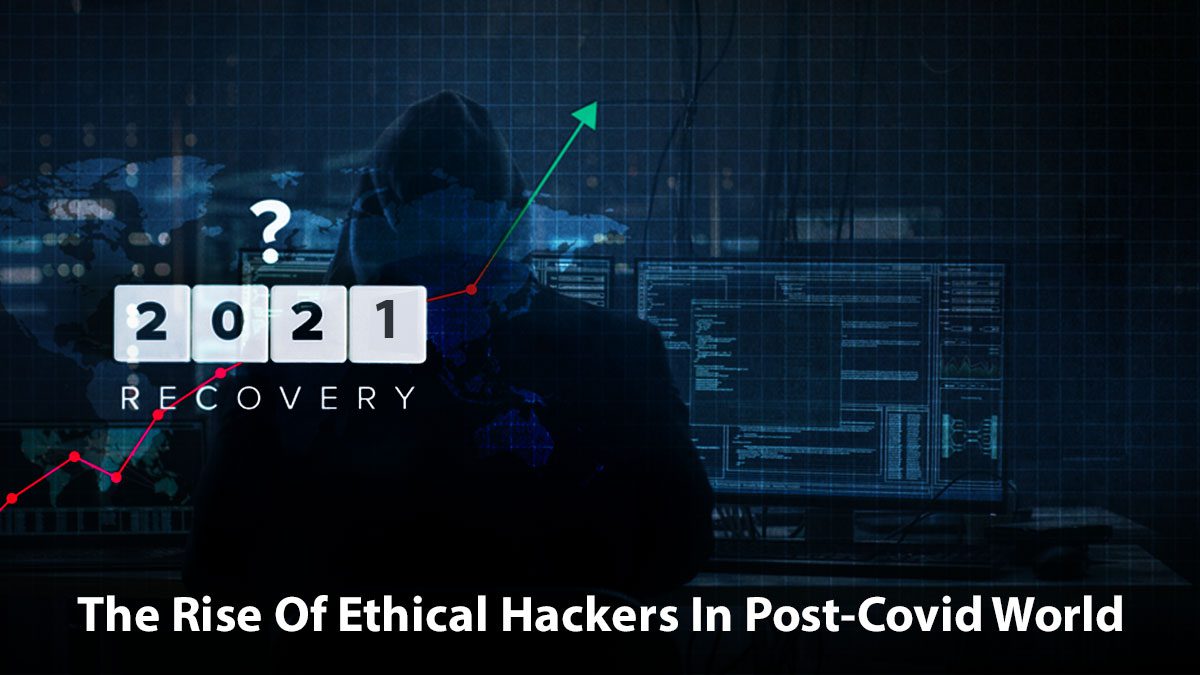 In 2015, the Digital India project was initiated. However, it became a reality just following the lockdown in 2020. While individuals were compelled to remain at home, working remotely, and being separated from one another in their personal as well as professional lives, digital media became the sole means to order meals, book a taxi, buy medications, chat with friends, work at home, interact with customers, and be stimulated. India was unprepared for it. This led to bank fraud, defaced websites, data breaches, and online class disturbances. India urgently needs cybersecurity specialists who could keep this digital world secure. There was a high need for ethical hackers.

The onslaught comes from within the nation in the shape of cybercriminals such as the ‘Jamtara Gang,’ who have set up hundreds of very well-equipped customer service centers to coordinate credit card fraud, bank fraud, vishing, phishing, and other schemes. The attack additionally came from outside of the nation, over the border, as the form of state-sponsored high-tech espionage, where the assault was on either PSUs like electricity grids or on civilians via surveillance applications, which the government had to deem illegal.

Police Cyber Cells, CID, Sales Tax Department, CRPF, Forensic Labs, STF, and other law enforcement organizations hired ethical hackers. Because the majority of the offenses were digital in nature, the attorneys were seen taking forensic and ethical hacking classes as a necessary skill. A cybersecurity hub of competency has been established in many states, and a mass-scale skill development program for government personnel has begun to maintain digital hygiene. In 2020, the West Bengal Govt IT Ministry COE’s ‘Cyber Sikhshak’ initiative received the DSCI prize. It trained 500 junior policemen in West Bengal’s 186 police stations on first-responder skills in cybercrime.

According to a Nasscom study conducted in 2015, India requires 1 million cybersecurity specialists during the next ten years. The current number of qualified cybersecurity experts is in the 60-70 thousand range. To address the shortage, we must not only provide graduate and postgraduate courses in Digital Forensics and Ethical Hacking but also short and fast courses to develop and strengthen the current workforce. We have to promote Generation X by offering cybersecurity courses in schools and organizing offline and online hackathons for various age groups.

The Indian School of Anti-Hacking in Bengal has been working tirelessly to achieve the aforementioned objectives. Over the previous ten years, the anti-hacking academy has held a number of seminars for high school students (particularly ladies) on information security do’s and don’ts. Provincial forensic lab personnel, as well as officials from CRPF, CID, Sales Tax, and other agencies, were prepared at the federal level. Almost all universities and institutions have collaborated with ISOAH to teach cybersecurity to their learners. Over the last seven years, ISOAH has hosted the greatest ethical hacking competitions (hackathons) in Kolkata, fostering local talent who have gone on to work for major MNCs.

The time has come for everyone to work together to create AI and ML-based security technologies built in India. If we do not invest adequate time and money in cyber research and development to develop our own cyber-defense tools and technologies, India may soon lose its dominance. To be the global superpower of the future, we must create our own legion of ethical hackers who employ home-grown tools and techniques to protect our country from digital thugs and terrorists, and also cyber attacks from beyond borders. The very next world war will be waged with the help of a mouse.