The Resurgence of HTML smuggling attack 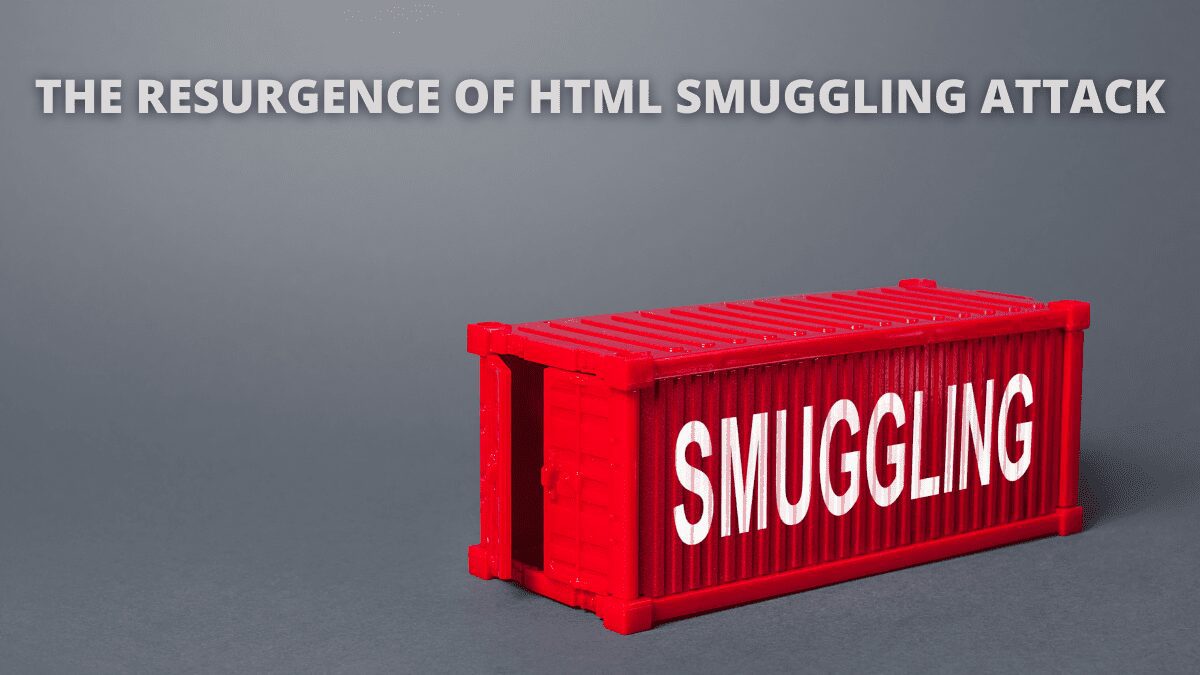 HTML smuggling is an old technique used by attackers to evade security and stealthily infect the system with malware. The threat actors evade the security protocols by making use of the browser components, like the features of HTML5 and components of JavaScript, etc. Emails that are specially crafted for attacking are the basis of such campaigns, not the exploitation of the vulnerabilities that may be present in the browser.

In a recent attack named ISOMorph, the cybercriminals used this technique of HTML smuggling to initiate the process of infection for the gaining of access to the computer of the victim. They then infect further by starting malware dropper which further downloads loads of malicious software such as RATs, etc.

The same type of campaign was detected by the research team of Microsoft where a spam email campaign lasted for around a week. They used HTML smuggling techniques for delivering malware into the victim’s computer in which at the end of the attack, they infected the system with malware named Casbaneiro.

The increase in remote working due to the pandemic can be a reason for the re-emergence of the HTML smuggling attack. In this type of attack, since payloads are built on the browser directly, the traditional solutions of security will never be able to detect the threat.

Attackers have a target of getting their payloads to the endpoint and trying and testing different methods constantly. Organizations are recommended to understand the importance of building elaborate strategies for the detection and prevention of such attacks, like patching the holes in the security system of the organization.