Many SolarWinds Victims were Not Directly linked to SolarWinds 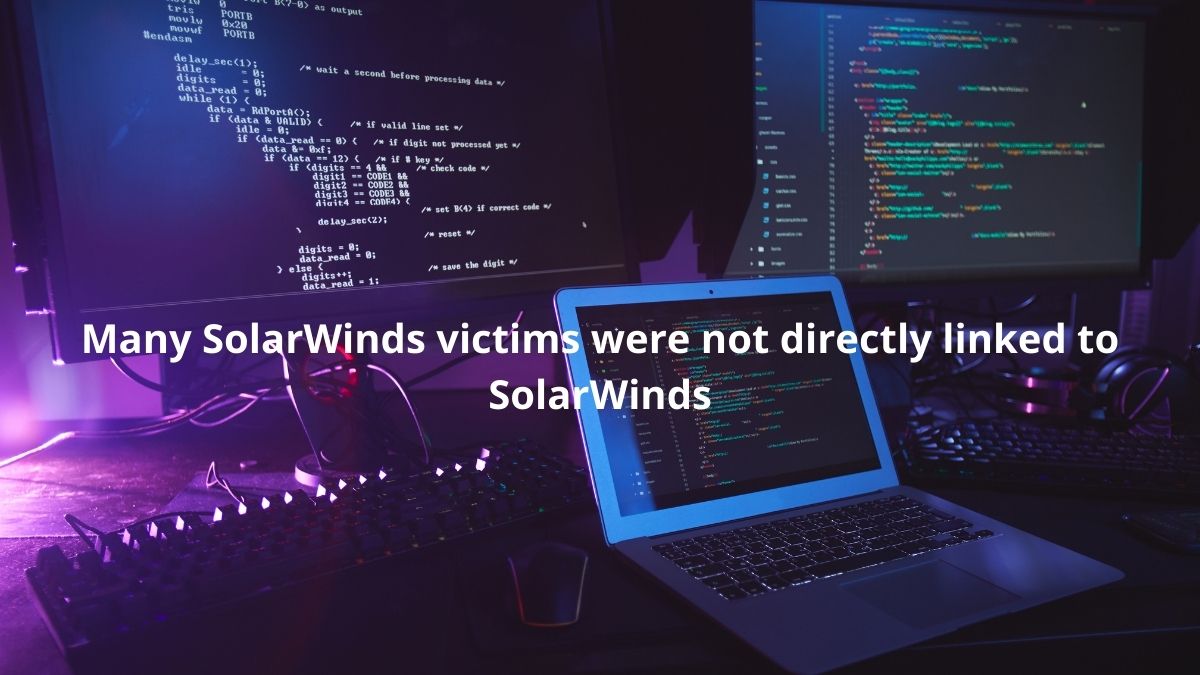 The U.S. Cybersecurity and Infrastructure Security Agency (CISA) stated that many of the victims of the threat group that targeted Texas-based IT management firm SolarWinds were not directly linked to SolarWinds. The ‘SolarWinds hack’, is a recently discovered cyberattack in the United States, that has emerged as one of the biggest ever global cyberattacks targeted against the US government, its agencies and several other private companies.

CISA has found out that roughly 30% of the victims identified by the agency did not have a direct connection to SolarWinds. On investigating the incident, it is evident that significant numbers of both the private-sector and government sector companies affected in the attack had no direct link to SolarWinds.

However, CISA did not clarify whether victims with “no direct connection to SolarWinds” included organizations that had received the malicious updates but did not actually use the software.