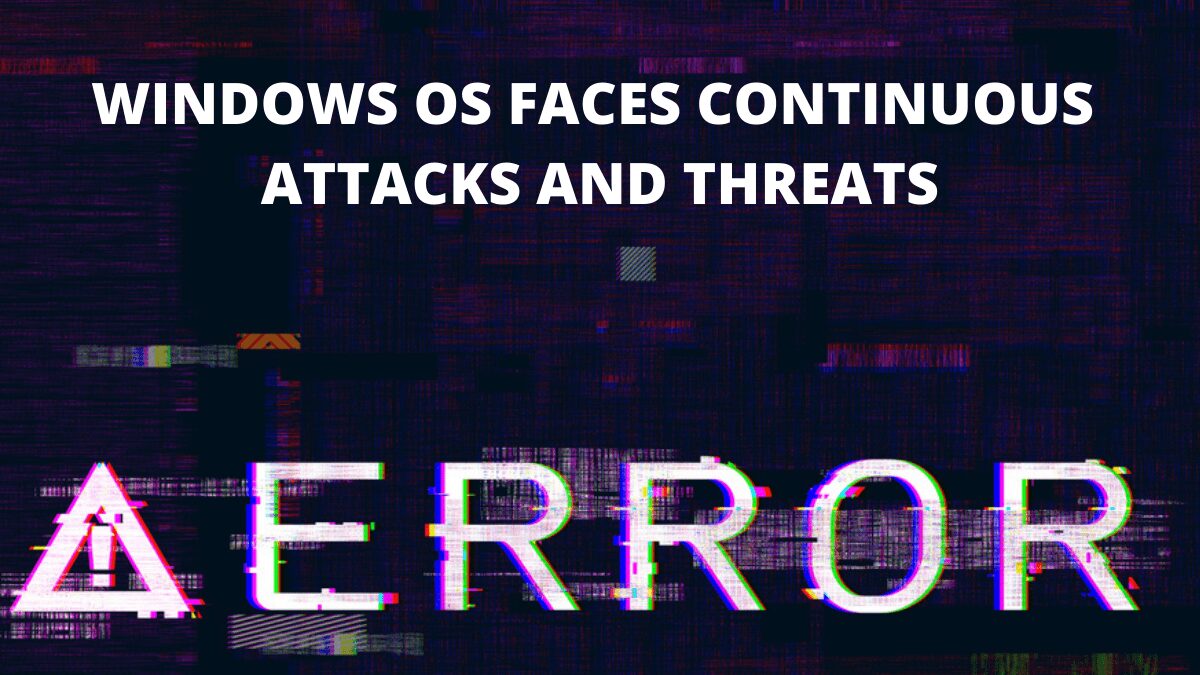 Windows is being increasingly targeted on a regular basis and it is one of the most common threats in recent times. The frequency of the attacks has increased drastically and the hackers use new malware, attack vector, or vulnerabilities.

There have been many attacks on a Windows machine in this month alone and they use unique ways of execution. Some of the attacks are-

1) A new attack named PetitPotam, which was an NTLM relay attack was discovered. This attack was very powerful as it enabled the attacker to take control of the domain controller and ultimately the entire windows domain.

2) The attackers also took the hype created by the release of Windows 11 as an opportunity to run more attacks. They targeted the users by spreading fake malicious installers, adware, and other such tools.

3) Microsoft too warned their customers against LemonDuck, a crypto-mining malware. This malware has been targeting Windows and Linux systems. This tool uses USB, phishing emails, or brute-forcing for its propagation.

Some Bugs found recently in Windows-

National Cyber Security Center warned about a dangerous flaw that was found last month in Windows. Since many large-scale firms used windows as their operating system, they all were exposed to the risk of large-scale attacks.

SeriousSAM, a privilege elevation bug was seen to be present in Windows which helps the attacker to gain access to the system. This bug can be further used for creating an account in the system which may be used by the attackers for other malicious intentions.

Windows users were requested to update their system and install the latest version of Windows after the posting of the detailed guidelines of the process of exploitation of the Print Spooler service by a cyber-security firm.

The fact that Windows is the most used software in the world causes cybercriminals to target this operating system in large numbers. Windows is used in all levels, from personal computers to industry, still, it has numerous flaws and vulnerabilities which may be exploited by the attackers to hack into the system. There is numerous malware that has been developed by the hackers to specifically target windows machine. So the users should always be careful about having the latest security features and updates being installed on the machine.