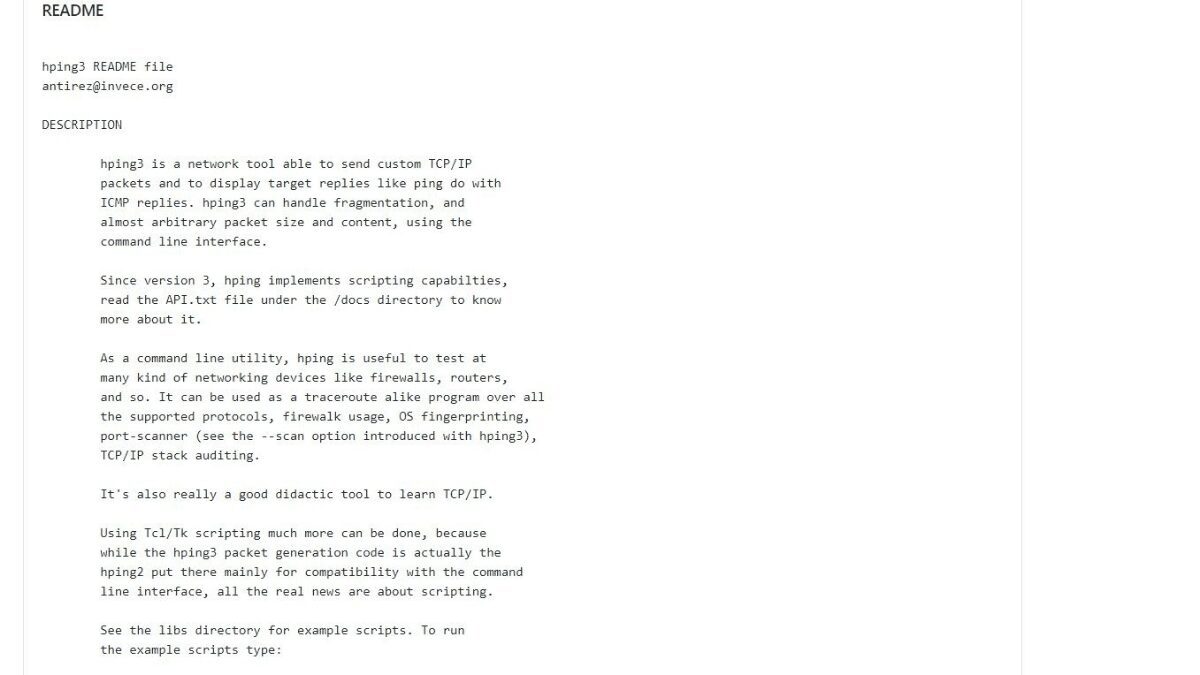 hping3 is a network tool able to send custom TCP/IP packets and to display target replies like ping do with ICMP replies. hping3 can handle fragmentation, and almost arbitrary packet size and content, using the command line interface.
Since version 3, hping implements scripting capabilities, read the API.txt file under the /docs directory to know more about it.
As a command line utility, hping is useful to test at many kind of networking devices like firewalls, routers, and so. It can be used as a traceroute alike program over all the supported protocols, firewalk usage, OS fingerprinting, port-scanner (see the –scan option introduced with hping3), TCP/IP stack auditing.

Using Tcl/Tk scripting much more can be done, because while the hping3 packet generation code is actually the hping2 put there mainly for compatibility with the command line interface, all the real news are about scripting.