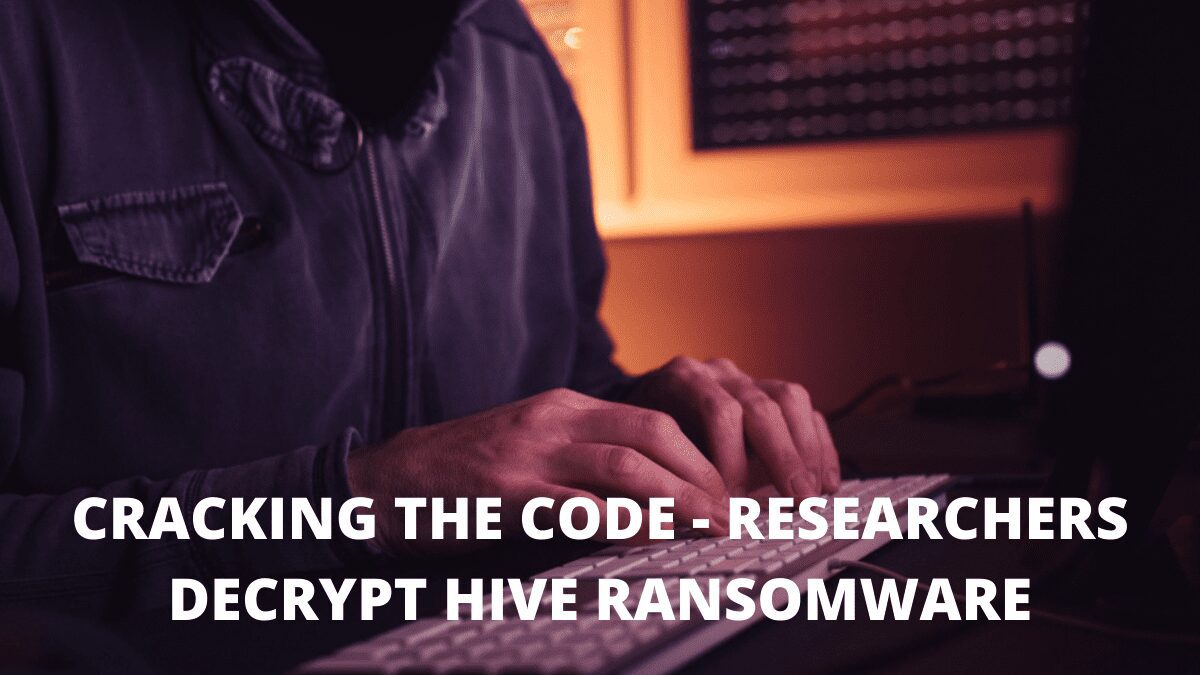 Hive ransomware’s encryption code, according to researchers, has been cracked. During the course of their investigation, they discovered a cryptographic flaw, which led to the finding of the master key for unlocking files.

What has been learned?

A group of academics from South Korea discovered a cryptographic flaw in the Hive ransomware’s process for generating and storing master keys.

Using two keystreams derived from the master key, the ransomware encrypts only chunks of the file rather than all of it.

Two keystreams from the master key must be used for each file encryption.

These two keystreams are created by extracting 0x400 bytes (1 KiB) and 0x100000 bytes (1 MiB) from two random offsets from the master key.

The master key is recovered due to a defect

To generate the encrypted file, the encryption keystream, which is created by XORing the two keystreams, is XORed using data from alternate blocks.

The master key can be recovered by guessing the keystreams, according to the researchers. They could then decipher the encrypted files without using an attacker’s secret key.

The weakness was exploited by researchers, who were able to recover 92–98 percent of the master key used during encryption.

Researchers were able to decipher 72–98 percent of encrypted information even with an imperfect master key.

According to reports, this is the first successful attempt to recover files from the ransomware. The technique can be used to lessen the impact of Hive ransomware. This will help victims to retrieve files for free and boost impetus in the fight against ransomware’s terrible threats around the world.