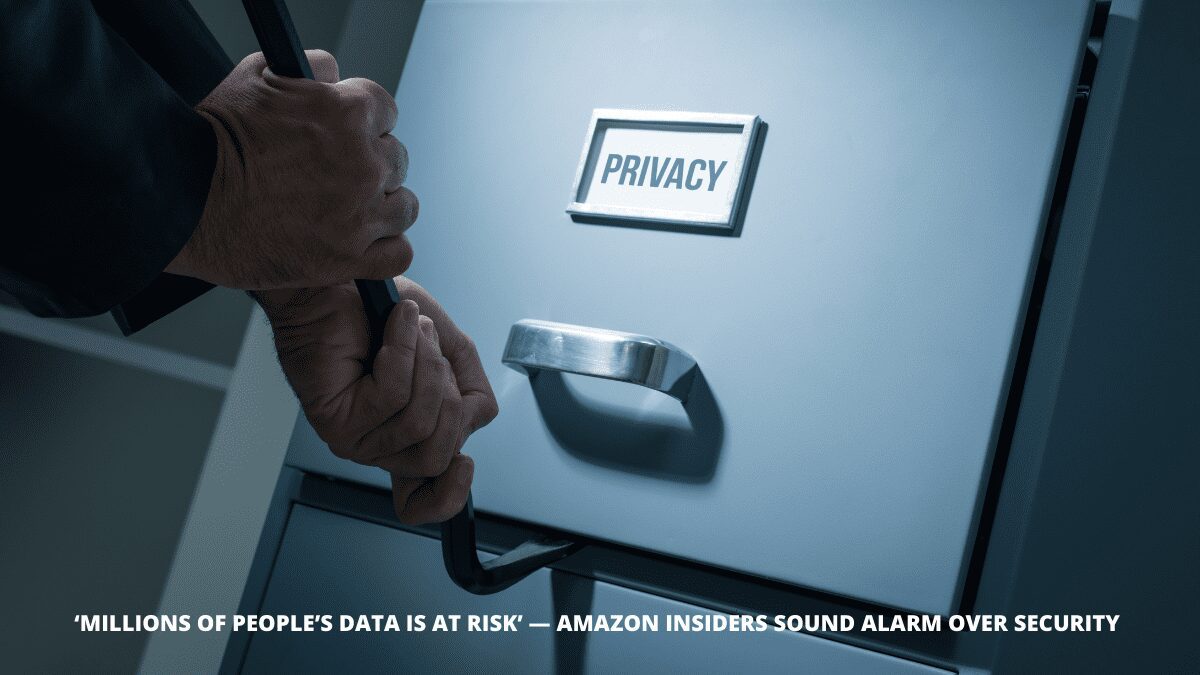 Amazon insiders alert the users about the security shortfalls of the online retailer. Amazon.com is a vast Internet-based enterprise selling several products to millions of customers all around the world and thus it is a huge empire of personal data of Amazon users. According to these insiders, the company’s efforts to protect user’s information are inadequate and may result in potential breaches, data theft and exploitation.

Three former high-level information security employees — one EU-based and two from the U.S have alerted the users about privacy and compliance failures. They said that they had reported these issues in the company’s Seattle HQ, but their proposals were sidelined and dismissed. According to these employees the corporate culture at Amazon prioritizes growth over other factors, such as the security of customers’ information, compliance with rules designed to safeguard that data and the careers of employees the company hired specifically to flag problems.

It is a serious issue for millions of Amazon users as the data Amazon holds includes personal information including name, email id, address, order history, payment information, etc. In the wrong hands, it could be held for ransom against the threat of online publication; deployed to defraud people; used to get access to other online accounts; or leveraged in phishing attacks in which stolen data is used to trick victims into paying a fee or revealing even more sensitive information.