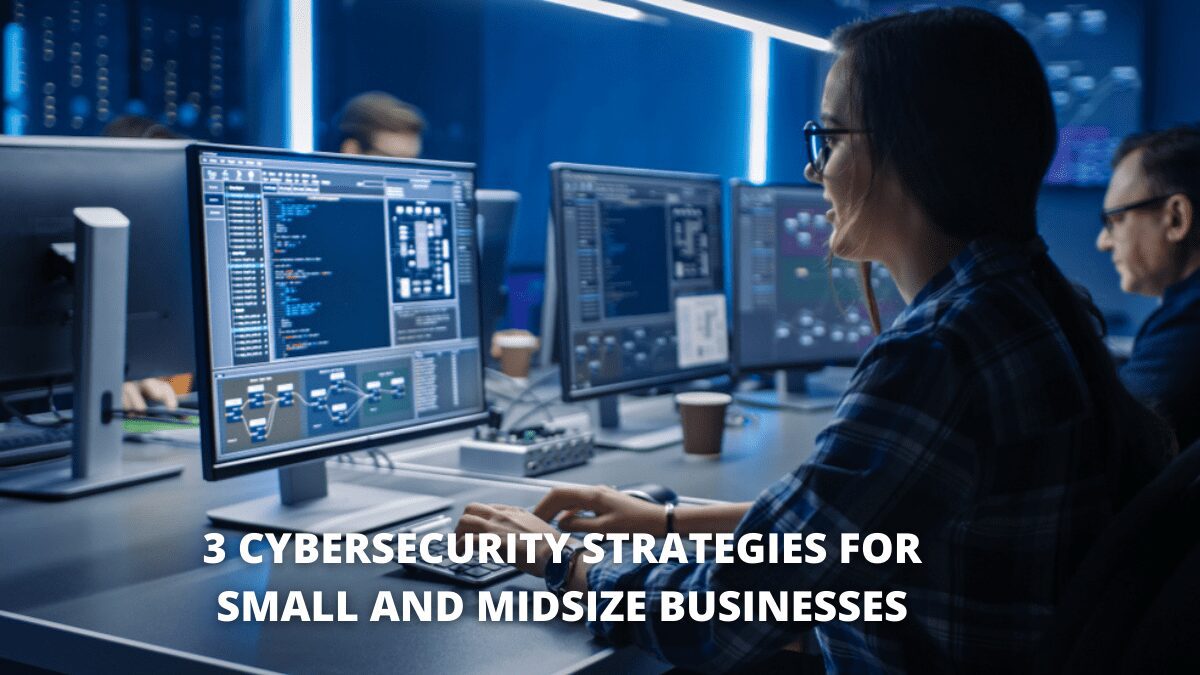 AI detected a sophisticated, highly directed cyber-attack in March of last year that exploited a zero-day vulnerability across many organizations. The AI spotted, analyzed, and contained the assault, and the system determined that it was a wholly unique threat. 2 weeks later, this effort was officially linked to APT41, a Chinese nation-state hacker. Government agencies, vital infrastructure, major corporations, and, unexpectedly, small businesses were among the groups targeted by the attack.

We’ve entered a new era of cybercrime. If evaluated as a country, cybercrime would’ve been the world’s third-largest economy, after only the United States and China. Midsize enterprises are sometimes seen as a weak spot for hackers. Cybercriminals have a prevalent assumption that midsize firms do too little to enhance their cybersecurity, making them an enticing target. As with APT41, they are frequently used as a gateway to higher-value victims, vital systems, and highly sensitive information. Most are considering, or have already begun, the extensive, technology-driven organizational changes that constitute a digital makeover, and an increasing number believe these changes will soon be critical to their competitiveness.

However, the cyber threat that midsize firms confront is diverse. They are, undoubtedly, under-resourced, and are especially impacted by a worldwide cyber-skills deficit. Small or non-existent cybersecurity teams are entrusted with protecting the organization from a wide variety of cyber threats — from clever, innovative, and targeted campaigns to extremely rapid moving smash-and-grab assaults — while handling an increasingly scattered workforce and complicated digital infrastructure. The issue goes beyond appropriate resources; the attacks these businesses confront are too quick or too stealthy for people to deal with, and the number of new routes for hackers to gain entrance is rising at a rate that security teams cannot keep up with.

The recent Colonial Pipeline assault highlighted the negative ramifications of harsh anti-ransomware measures. To control the break, operators shut down 5,500 miles of pipeline that transports 45 percent of the east coast’s petroleum supply. The event occurred immediately after a ransomware assault at Scripps Health, a large hospital institution in San Diego, which caused access to its online health portal and webpage to be suspended. For weeks after the disaster, Scripps’ network was not completely functioning.

This level of interruption is unacceptably high for medium enterprises. Not only is it potentially harmful to consumer relationships and the organization’s overall reputation, but the expense may be significant. In the event of ransomware attacks, the expense of recovering from a shutdown is sometimes ten times the amount requested by the perpetrators in ransom.

Traditional security systems attempt to prevent attackers from entering the system by detecting risks based on previous attacks. They classify known attacks as “bad” and defend against them on that basis — this is usually referred to as the “rules and signatures” method. However, we’ve realized throughout the last decade that merely preventing attackers from gaining access to systems is useless — it will only work for low-level attacks. It is ineffective against the sophisticated assaults that these firms are now subjected to.

Instead, corporate executives must respond promptly to assaults and minimize interruption so that the corporation is not harmed. Admitting that assaults will occur is not the same as accepting failure. It is also the reality of doing business in a global, mobile, and linked world.

Once midsize organizations realize that their systems are vulnerable, they should implement the following techniques to successfully respond.

When it comes to cybersecurity, we must accept vulnerability, but we cannot accept victimization. The only way to completely remove danger is to disconnect your company from the internet. With the appropriate technology, hackers should be detected several times before they encrypt information and extort corporate executives. Midsize organizations must choose advanced cyber protection while realizing that the “way in” for attackers has never been static – it changes as vulnerabilities move and tactics improve – and they must embrace technology that intervenes to prevent approaching attempts.