Windows 11 – Here’s everything we need to know 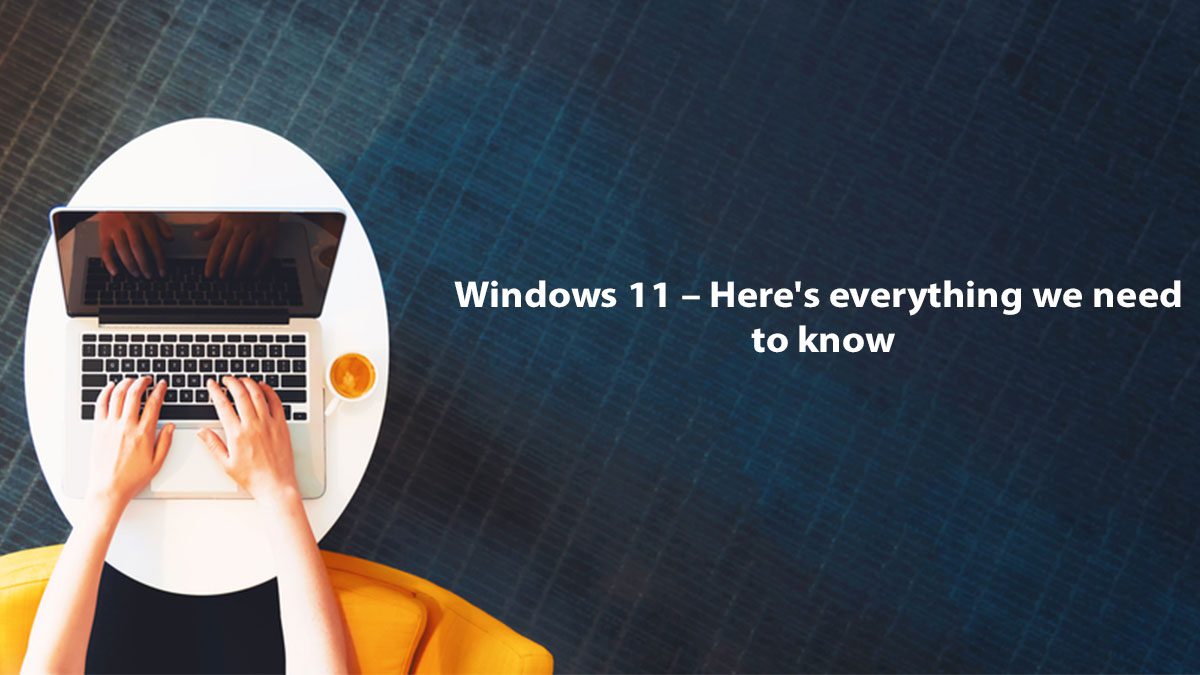 Microsoft has, at last, revealed what it refers to as “the next generation of Windows” after what felt like an eternity of waiting. Windows 11 is indeed a significant upgrade. It is a significant shift as to how Microsoft offers Windows, but also, it represents a significant UX makeover. In addition, it will receive Android app compatibility, a redesigned Store, and so much more. So far, here’s what we know!

When Is It Being Released?

The official release date for Windows 11 is October 5. According to Microsoft, newer PCs shall get it first, followed by older PCs, and the phased deployment would run until mid-2022.

The beta is now available in the Windows Insider Program’s Dev and Beta channels. OEMs are already putting them on new desktops and laptops. During the holiday season, Windows 11 would be offered as a free upgrade to anybody with a suitable PC. Windows 11 will not have a firm launch date till we are very near to it.

Minimum Requirements For Your Computer

This festive season, Windows 10 customers will be able to get Windows 11 for free. Unfortunately, the minimum system requirements for Windows 11 are greater. There will be no 32-bit support, and earlier CPUs will not be supported. You’ll need a minimum of 4GB of RAM and 64GB of storage space. The necessity of TPM 2.0 appears to be the most significant impediment for many.

Processor: 1 gigahertz (GHz) or faster with 2 or more cores on a compatible 64-bit processor or System on a Chip (SoC)

Graphics card: Compatible with DirectX 12 or better with WDDM 2.0 driver

Internet connectivity is necessary for all Windows 11 versions in order to execute updates and download and use some features. Some functions need the use of a Microsoft account.

Microsoft also altered the CPU specifications. Seventh-generation and earlier Intel CPUs are no longer supported, though this has been reassessed for a few SKUs, as are some older AMD Ryzen processors, however, we’ll need to wait and find out if it really prevents users from downloading Windows 11.

If you utilize an ISO, Microsoft will also allow you to install Windows 11 on outdated hardware. However, you may not receive an update after that since you will be deemed unsupported.

Is Upgrading to Windows 11 Mandatory?

The simple answer is that Microsoft will not compel anybody to upgrade to Windows 11. Beginning with Windows 10 version 1903, Microsoft ceased requiring users to install feature updates. This followed the catastrophic Windows 10 update 1809, which destroyed some users’ data.

It employs its more recent ‘seeker’ technique. When you scan for updates in Windows Update, it simply informs you that an update is available. If you would like it, you may choose whether or not to accept it. The one and only time Microsoft pushes a Windows 10 feature update is if the one you are using is reaching the end of its support life cycle, which won’t occur with Windows 11.

Beginning on October 5, Windows 11 will be available as a free update to all users. If you do not like it, there will be a Windows 10 update named version 21H2 too.

What Are The Features In Windows 11?

Sun Valley was a phrase that was bandied about in the months leading up to the release of Windows 11. That is the nickname for the major UX redesign that will be included in Windows 11. It is intended to make the operating system more touch-friendly, something which Windows 10 has suffered with.

Here is everything we know is on the way: