Why Bitcoin, Ethereum, And Dogecoin Are Rising Today 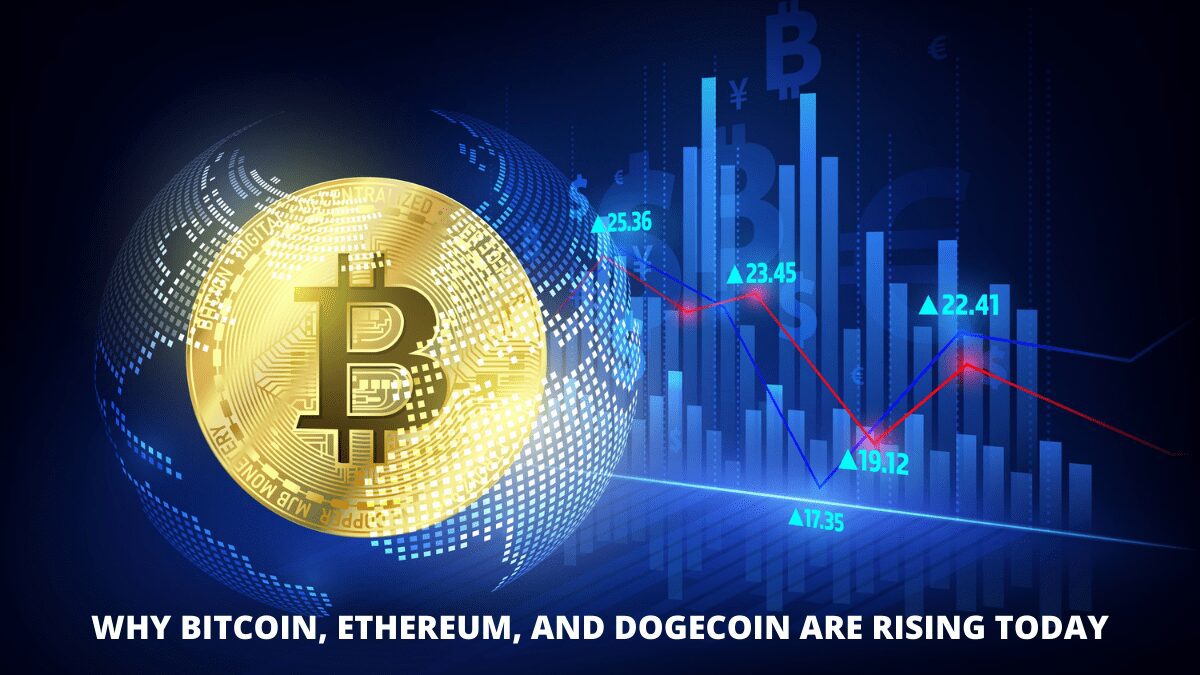 Bitcoin prices today soared beyond $47,000, according to CoinDesk, the world’s largest cryptocurrency by market capitalization was up more than 4% to $47,103. Bitcoin has risen over 62 percent this year (year to date), although it is still far from its all-time high of $65,000 set in April.

Ether, the second-largest cryptocurrency and the token tied to the Ethereum network, rose over 3% to $3,391. Cardano prices fell 0.4 percent to $2.38, while dogecoin prices increased by 2% to $0.23. Other virtual tokens, including Stellar, Litecoin, and Uniswap, have all risen in value in the previous 24 hours. Meanwhile, Solana was down 5% at $157.9 per share.

Investors are ecstatic about more than Coinbase’s huge move. UWM Holdings, the second-largest mortgage lender in the United States, said on August 19 that it will begin taking Bitcoin for house loans. The adoption may happen by the end of the third quarter, and the business is contemplating including other cryptocurrencies such as Ethereum into the mix as well.

On the same day, it was reported that the Ethereum 2.0 staking contract had become the largest holder of Ether, with a total value of $21.3 billion. The development demonstrates increased trust in the Ethereum Foundation’s 2.0 network transition. By the end of 2022, Ethereum will be using a proof-of-stake system, which, according to its developers, will reduce energy consumption by 99 percent, thereby eliminating worries about its long-term viability.

Dogecoin, the once-famous digital currency, is gaining popularity. Dogecoin accounted for 62 percent of cryptocurrency sales in the second quarter, according to data released by renowned discount brokerage Robinhood Markets on Aug. 18. On the same day, Vitalik Buterin, the inventor of Ethereum, announced that he will be joining the Dogecoin development team as a top executive.

What To Do Now

Dogecoin is shedding its image as a prank cryptocurrency. The number of traders accepting Doge as currency has increased by 34.7 percent to 1,616 since the start of the year. Furthermore, because of its minor inflationary character, the network has carved out a distinct niche for itself. With the emergence of PoS protocols, Dogecoin miners do not have to worry about their high-tech GPU mining rigs becoming obsolete. At the same time, the mining isn’t tough enough to necessitate extensive usage of power.

Bitcoin’s sluggish, antiquated, and ecologically unfriendly protocol is also receiving a makeover. Miners all across the world came together in a rare show of unity to agree on Bitcoin’s Taproot update, which will allow smart contract adoption on the network and is set to go live in November. Because Bitcoin lacks a central development team, miners must vote unanimously to update the world’s largest cryptocurrency. It had been four years since the last one.

Investors’ fear, confusion, and doubt (known as FUD in the cryptocurrency community) about the sector in Q2 are fast dissipating as new technologies begin to solve these concerns. It appears like the cryptocurrency sector is about to embark on its second bull run.

Lastly, you must know the steps of any payment gateway to Buy Dogecoin.

Cryptocurrency: Cautions you should take to be secured