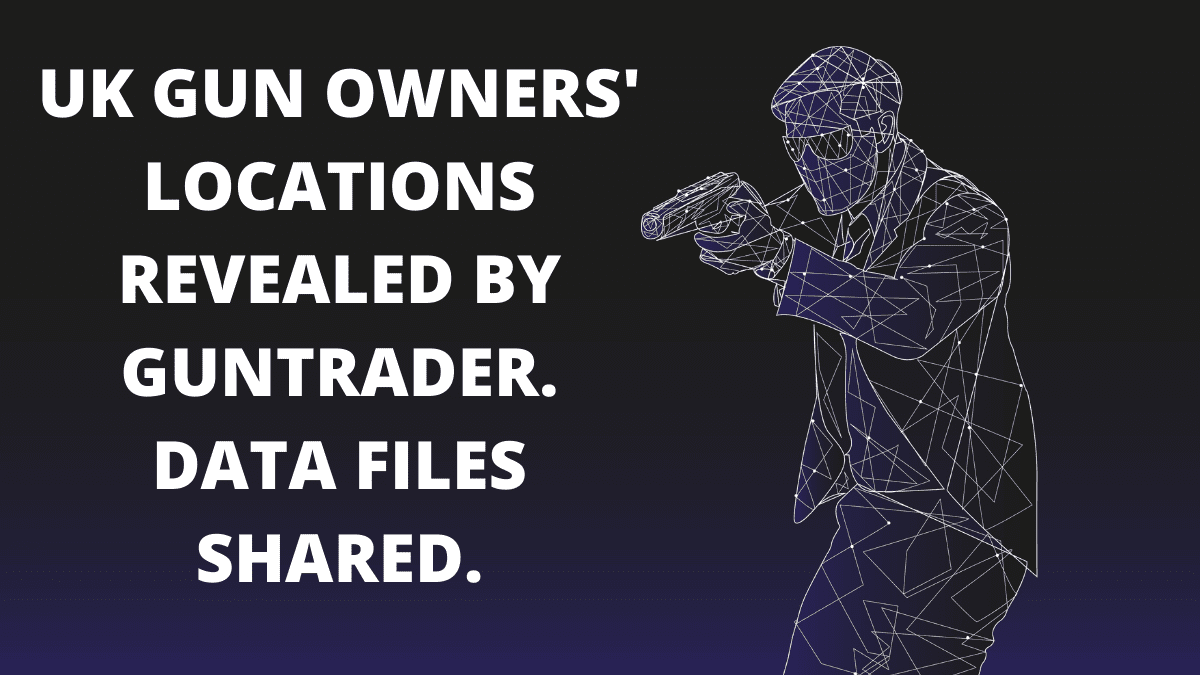 The names and house addresses of 111,000 British weapon owners were leaked online in the form of a Google Earth-compatible CSV file, which pinpoints domestic residences as potential firearm storage places — a worst-case situation for victims of the hack.

The newest development of the Guntrader database break-in, as an experiment in amplification of data theft to proportions that risk public safety, is going to become an infosec study in how data breaches may worsen overtime when acquired data is entered to ever more intrusive purposes.

The hijacked reformatted Guntrader database, which was leaked online last week via an animal rights activist’s blog, was explicitly marketed as being importable into Google Earth so randoms could “contact as many [owners] as you can in your area and ask them if they are involved in shooting animals.”

The file was related to from the advocate’s blog, a clearnet site hosted in Iceland, and poses a serious threat not only to British firearm and shotgun certificate holders but also to anyone who has relocated to one of the addresses mentioned in the leak of the looted database, which contains information dating back up to five years.

Criminals are drawn to weapons. While planned robberies and burglaries to take them are uncommon, they are not unheard of. After a string of robberies targeting licensed weapons owners outside their houses and at rifle ranges, authorities have issued a notice to the licensed weapons community emphasizing personal safety; the Guntrader breach might lead to a recurrence of such crimes.

Domestic houses with a handful of rifles or shotguns are less prone to be affected than central armories, which provide a high-value target, according to British policy on firearms ownership. Depending on the quantity and kind of guns, security precautions are correspondingly increased – but all weapons security starts with obscurity. This breach removes the anonymity of about 20% of registered keepers across the nation.