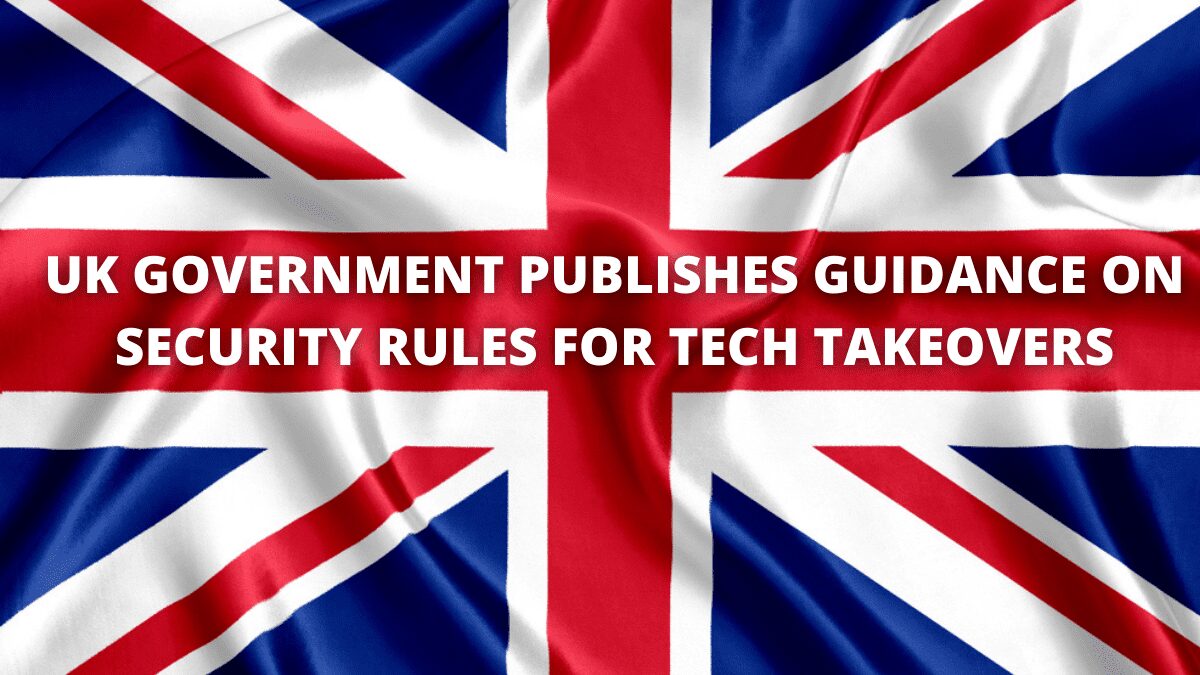 The government of the UK has sanctioned the guidelines containing the sectors within the National Security and Investment Act 2021. Now this gives major restrictions in terms of mergers and acquisitions to be linked up by government firms of U The legislation, which is set to take effect in January, allows the government to scrutinize buyouts and investments, impose limitations on them, and, if necessary, unravel or block them. However, the statement released this week stated that it plans to do so only on rare occasions and that the “great majority” of agreements will be able to complete without delay.

What Is National Security And Investment Act 2021?

The National Security and Investment Act 2021 is a new input in the legislation of the UK. The act is set with the accumulation of rules by which the government of the UK will be able to introspect as well as can make interventions in certain acquisitions owned by the third party mainly business investors. The act is thus made to build a shield to protect the UK’s national security. In this act, the government has the power to impose strict conditions applicable during the time of acquisition of any government holdings.

The built-in act was going to be enforced on 4 January 2022. The act will be under the supervision of the Investment Security Unit which is under the Department for Business in UK and Industrial Strategy (BEIS). The decisions for enforcing the rules will be under the Secretary of State for BEIS.

How The Act Will Work From January 2022?

The government can refer an acquisition for review if it has a reasonable suspicion that it is a qualifying acquisition (described in this advice) that has caused or may cause a national security concern.

This is true whether the acquisition has been completed, is in the process, or is in the planning stages. Acquisitions completed before November 12, 2020, however, will not be able to be called in and scrutinized.

What are the areas that the NSI Act will cover?

The NSI Act is part of a global trend toward tighter restrictions on foreign direct investment, which can be seen in the US and Europe. The NSI Act will provide the UK government with one of the most demanding levels of inspection of any regime in the world when it comes to foreign investment in the UK.

The NSI Act empowers the UK government to block or set limitations on transactions involving UK-based businesses. Although the Government’s powers under the NSI Act to ban transactions are unlikely to be used, the impact on deal deadlines could be significant, as the NSI Act requires notice of relevant transactions before completion.

Where target firms operate in any of the designated “high risk” areas, such as artificial intelligence, communications, computing hardware, data infrastructure, energy, synthetic biology, and others, a mandatory notice may be required. The wide-ranging nature of these ‘high risk’ businesses has just been clarified..

The regulation is particularly harsh on “control” purchases and consolidations, with a control threshold as low as 25%. In addition, there is no de minimis in terms of valuation, thus even UK investors can be subject to the NSI regime. As a result, the NSI regime’s impact will not be restricted to high-profile, high-value acquisitions

Why the NSI Act is in current news?

As tales about chip plant ownership and sophisticated materials have entered the press in recent months, the subject of technologies considered crucial to national security has become pertinent to the tech sector. The government stated in the new advisory that it wants firms and investors to prepare for the changes in the law. It wants them to figure out whether the government needs to be alerted about an acquisition and what to expect during the notification and assessment process.

Lord Callanan, the business minister, stated that the government would not hesitate to interfere if necessary to defend national security.

In July, Prime Minister Boris Johnson vowed a national security probe into the takeover of Britain’s largest semiconductor manufacturer, Newport Wafer Fab (NWF), by a Chinese-backed business in a deal worth £63 million ($87 million).

The Competition and Markets Authority declared yesterday that its probe into the Nvidia/Arm partnership had moved to Phase 2 and will be scrutinized further. According to Digital Secretary Nadine Dorries, this is due to “national security” concerns.