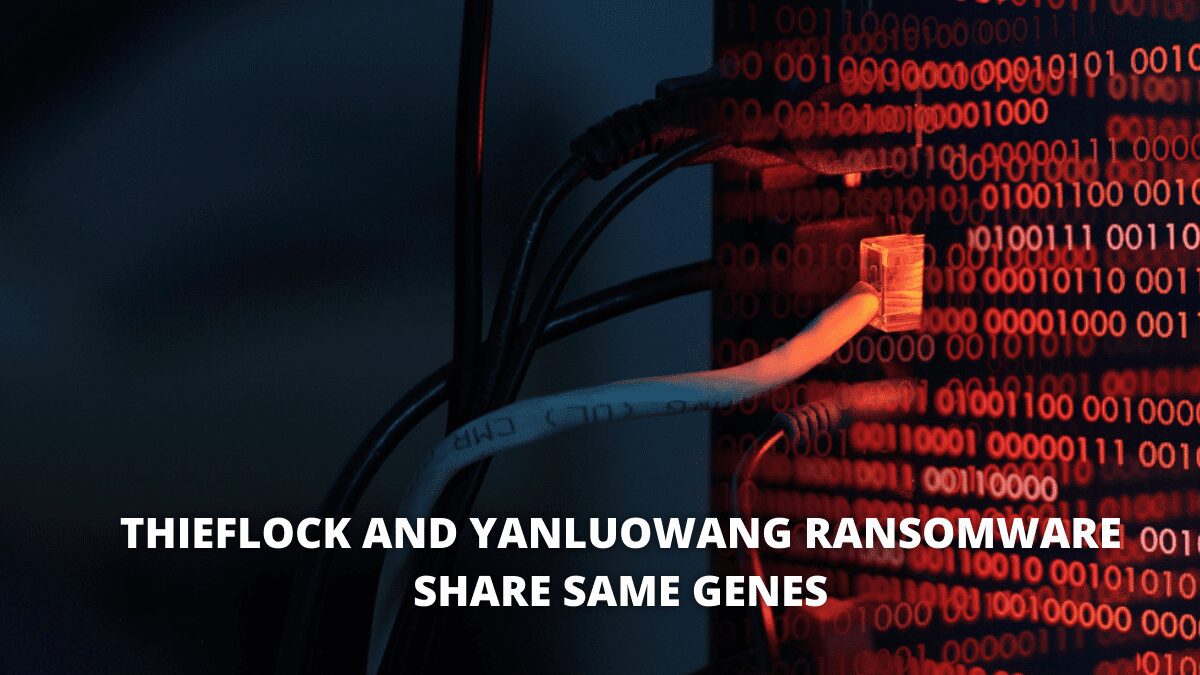 According to fresh research, a threat actor related to the Thieflock ransomware operation may now be using the Yanluowang malware. The ransomware was utilized in a number of assaults on US-based organizations.

How did this happen?

When the Yanluowang ransomware was discovered targeting major companies in the United States in October, Symantec researchers discovered a link between Thieflock and Yanluowang.

Since August, the Yanluowang ransomware has targeted businesses in the IT services, manufacturing, engineering, and consulting industries.

Because the ransomware behavior hasn’t changed since its detection, researchers assume the criminals are very attack-oriented.

After being used against “a significant enterprise,” Symantec revealed the Yanluowang ransomware family in October. Yanluowang’s operators “have been largely focused on enterprises in the financial sector, but they have also targeted companies in the manufacturing, IT services, consultancy, and engineering sectors,” according to the report.

An explanation for the connection

Researchers discovered a link between the current Yanluowang ransomware assaults and prior Thieflock ransomware attacks, which were created by the Canthroid organization (aka Fivehands).

Researchers suspect that one or more cybercriminal gangs used Thieflock in previous assaults, and that they are also involved in the distribution of Yanluowang ransomware.

However, these similarities do not confirm that Yanluowang and Thieflock are being used by the same threat actor, and Symantec describes the connection as “tentative.” Tyler McLellan, a Mandiant principal threat analyst who co-authored a report on the gang suspected of being behind Thieflock in April, tweeted:

Interesting link, but FOXGRABBER (grabff), which was initially seen being used by UNC2447 during the FIVEHANDS ransomware ops, appears to be spreading, since UNC2628 (DARKSIDE affiliate) has also utilized it. The same pirated license keys are routinely floating around for NETSCAN.

According to Symantec, Yanluowang attacks often start with reconnaissance, then move on to credential harvesting, data exfiltration, and lastly file encryption. The ransom note reportedly included a warning of distributed denial-of-service assaults and “calls to employees and business partners,” according to an October report.

Notes at the end

When partners or associates of ransomware groups perceive higher financial incentives, they frequently switch to another group. This pattern is also seen when they are being pursued by police enforcement. Whatever the case may be with Thieflock, businesses should adopt a strong anti-ransomware policy. According to Symantec, Yanluowang attacks often start with reconnaissance, then move on to credential harvesting, data exfiltration, and lastly file encryption. The ransom note reportedly included a warning of distributed denial-of-service assaults and “calls to employees and business partners,” according to an October report.