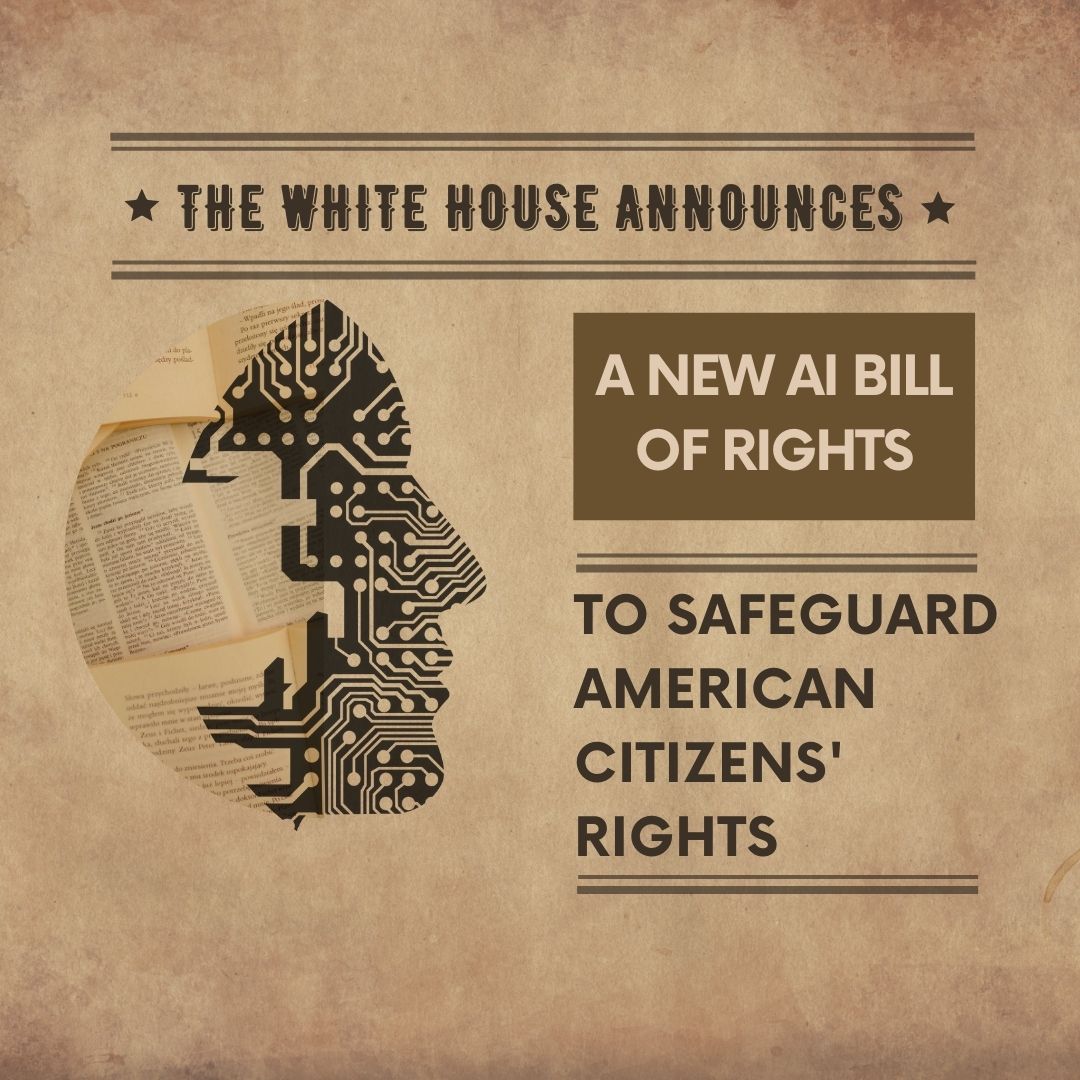 As part of its new “AI Bill of Rights,” the White House hopes to combat algorithms that discriminate and are racist.

The bill of rights definition is derived from the Biden Administration’s strategy provides guidelines for AI use and is intended to assist government organizations to level up, nevertheless, it also includes an operational vision for automation in data-sensitive industries like healthcare.

Finding the Bill of rights definition

Bill of Rights refers to the first ten amendments to the U.S. Constitution, which were ratified all at once in 1791. The document outlines the rights of American citizens regarding their government.

The framework for the AI Bill of Rights was made public by the government on October 4, 2022. The strategy outlines five essential safeguards that clearly define the bill of rights meaning to the residents of the USA. As businesses increasingly rely on automated technology that affects Americans’ daily lives, the administration said that Americans should have a right to. Users are entitled to alternative options to AI systems, including ones that allow them to opt out when appropriate and have human alternatives. The AI Bill includes non-binding proposals without enforcement mechanisms attached to them, laying out a framework for companies to choose or adopt or ignore. According to the administration’s goals, a human or other alternatives may occasionally be required by law.

An AI Bill of Rights aimed at safeguarding Americans’ safety and privacy was announced by Joe Biden from the administration and Office of Science and Technology Policy (OSTP). From the American bill of rights, business analysts caution that without adequate legal enforcement, not much can be gained from it.

The report’s introduction states that “in America and around the world, systems designed to help with patient care have proven hazardous, incompetent, or biased.” “It has been discovered that the algorithms employed in hiring and credit choices replicate and reproduce unwanted disparities or include new detrimental bias and discrimination. People’s chances have been threatened, their privacy has been violated, or their activity has been invasively tracked—often without their knowledge or consent—by unchecked social media data collecting.

The OSTP’s blueprint is based on five pillars that are intended to better protect Americans as smart technologies continue to play a significant role in our lives. These pillars are: safeguarding citizens from harmful and ineffective systems; eliminating algorithmic bias to ensure more equitable usage; constructing built-in safeguards for agency over data; staying informed about automated systems and their implications; and making it simple and accessible to reject AI systems in favor of human decision-making.

It helps to get shielded from dangerous or inefficient systems.

To identify issues, hazards, and potential effects of the system, varied groups, stakeholders, and subject experts should be consulted during the development of automated systems.

Systems should go through pre-deployment testing, risk identification and mitigation, continuous monitoring, and mitigation of unsafe outcomes, including those beyond the intended use, to show they are safe and effective based on their intended use.

They should also adhere to domain-specific standards. These preventive procedures should have the potential to prevent system deployment or remove systems from service.

Automated systems shouldn’t be created to put your safety or the safety of your neighborhood in peril.

Algorithms shouldn’t be used to discriminate against you, and systems should be used and created fairly. This means that the Automated systems favor some people more than others based on their race, color, ethnicity, sex (including pregnancy, childbirth, and related medical conditions, gender identity, intersex status, and sexual orientation), religion, age, national origin, disability, veteran status, genetic information, or any other legally protected characteristic are said to be engaging in algorithmic discrimination. Such algorithmic discrimination may go against legal rights, depending on the details. Automated system creators and deployers should take proactive, ongoing steps to safeguard people.

This states that one should have control over how information about his concern is used and be shielded from unfair data practices by built-in safeguards. This should be protected from privacy violations by design decisions that make such safeguards a default feature, such as ensuring that data gathering complies with reasonable expectations and that only information that is necessary for the given context is gathered. Designers, developers, and implementers of automated systems must obtain your consent and, to the greatest extent possible, respect your decisions regarding the collection, use, access, transfer, and deletion of your data. If this is not possible, alternative privacy-by-design safeguards must be used.

People should be aware of the employment of an automated system and comprehend how and why it influences results that affect them. Automated system designers, developers, and deployers should provide generally accessible plain language documentation that includes concise explanations of the overall system functioning. The role automation plays, notice that such systems are in use, the person or organization in charge of the system, and concise, timely, and accessible explanations of the results. People who will be impacted by the system should be informed of any significant use cases or key functionality changes, and such notifications should be kept up to date.

Where appropriate, people should be given the option to opt-out and have access to someone who can address issues run into right away. Where appropriate, people should be allowed to choose not to use automated technologies in favor of a human option. A specific context’s reasonable expectations should be used to establish appropriateness, with a focus on guaranteeing widespread accessibility and safeguarding the public from particularly detrimental effects. A person or another substitute may occasionally be necessary by law. If an automated system fails, makes a mistake, or anyone wants to appeal or contest its effects, that should be able to receive quick human evaluation and relief through a fallback and escalation mechanism.

Possibilities of the American bill of rights

The American Bill of Rights has given the possibility to

Despite the thoroughness of the US Bill Of Rights Amendments via industry landscape analysis, observers point out that the plan is now limited in what it can accomplish. The director of policy at the Stanford Institute for Human-Centered AI, Russell Wald, said: “It is disheartening to see the lack of coherent federal policy to tackle desperately needed challenges posed by AI, such as federally coordinated monitoring, auditing, and reviewing actions to mitigate the risks and harm brought on by deployed or open-source foundation models.”

However, policymakers are mostly in agreement that consumer protections and data privacy must at least catch up with those in other parts of the world. For instance, the European Union is currently promoting AI responsibility and corporate accountability and has already put in place strict data protection laws for its citizens. However, despite the rarity of a political overlap, there hasn’t yet been a concerted effort to advance reform.

At a press conference this morning, a senior administration official said that these technologies are “creating significant injuries in the lives of Americans—harms that run antithetical to our core democratic ideals, including the fundamental right to privacy, freedom from discrimination, and our basic dignity.”

The white House is helping technology companies to develop artificial intelligence systems with options for users to opt-out using them and with discrimination. Thus keeping protections at top priority.

Role of Artificial Intelligence in Logistics

What Are Data Centers and Why Are They Important?