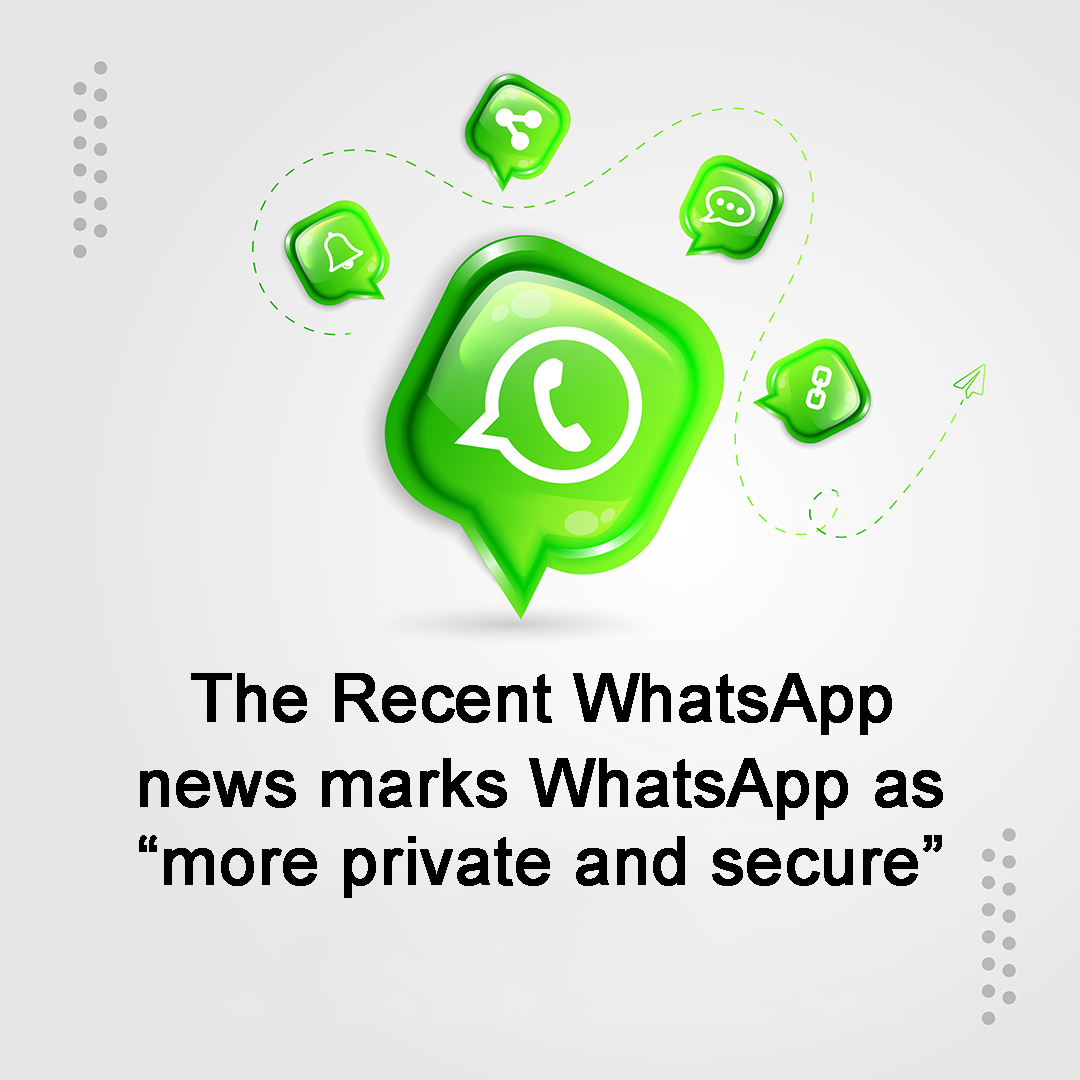 Meta CEO Mark Zuckerberg asserted about WhatsApp security that, “WhatsApp is far more private and secure than iMessage” in his Facebook post and come to the front by this breaking WhatsApp News.

The 38-year-old technocrat used his Facebook account this time to criticise Apple over iMessage. The billionaire has fired another attack on the Cupertino-based technology retail giant.

Is it true that WhatsApp Message is more Secure than Apple’s iMessage?

WhatsApp and Apple iMessage exclusive services have continuously been pitted against one another. Unlike iMessage, which can only be used on Apple devices, WhatsApp is not restricted to any specific operating system. Several times throughout the years, WhatsApp message security has been deemed to be safer and more protected than Apple’s iMessage. Now, Zuckerberg has also criticised Apple iMessage fiercely for not implementing end-to-end encryption, which prevents unauthorised parties from accessing users’ sensitive information.

Sharing a photograph of three bubbles, Zuckerberg highlighted that several of the key features as disappearing conversations and end-to-end encryption that is compatible with both iPhones and Android devices—are absent in iMessage.

He extended his post by mentioning that the company had introduced end-to-end encrypted backups last year, all of which are absent from iMessage. He added, “With WhatsApp, you can also set all new chats to disappear with the tap of a button. And last year we introduced end-to-end encrypted backups too. All of which Apple iMessage still doesn’t have”.

Meta CEO, Mark Zuckerberg posted a poster on his handle, making fun of the green bubble and blue bubbles of WhatsApp ads in iMessage. The advertisement is reportedly on display at Pennsylvania Station in New York City. Android message bubbles for users of iMessage are green rather than blue. This WhatsApp news is using these advertisements as part of a marketing drive to convince more Americans to use its instant messaging system.

Additionally, the poster encourages consumers to use WhatsApp for a safe and secure messaging environment. iMessage hasn’t recently gotten any significant changes, while WhatsApp is continuously experimenting with security protocols to improve the user experience.

“WhatsApp has more privacy features too, like disappearing message threads, media messages that can only be viewed once, and the ability to set all new chats to automatically disappear with the tap of a button. These are all privacy features iMessage doesn’t have,” Cathcart noted

Zuckerberg criticized Apple last week during the Meta Quest Pro virtual reality headset’s introduction. He had claimed that Apple was somewhat restricting the idea of the Metaverse. The creator of Facebook criticised Apple’s “App Tracking Transparency” feature. Without mentioning Apple specifically, Zuckerberg claimed that Meta’s competitors were attempting to exert tight control over the VR platform at the launch ceremony. This, in Zuckerberg’s opinion, would restrict people to a specific operating system.

Will Cathcart, Head of WhatsApp at Meta, twitted, “If you have an iPhone, you’ve probably noticed when your texts change colour out of the blue. That means your message was sent via SMS. This reduced privacy – happens without warning or your consent. WhatsApp is far more private and secure for many reasons.”

Previously, Google criticized Apple for not adopting RCS, a replacement for Short Messaging services (SMS). In order to make messaging between Android and iOS more convenient, the search engine giant previously launched a marketing campaign to pressure Apple into adopting RCS. RCS would allow users to exchange multimedia communications, such as photographs, movies, or stickers, instead of simply sending textual messages.

Google has also introduced a new “Get the Message” website that states the issues that exist because Apple refused to adopt the RCS messaging protocol.

“It’s not about the colour of the bubbles. It’s blurry videos, broken group chats, missing read receipts and typing indicators, no texting over Wi-Fi, and more. These problems exist because Apple refuses to adopt modern texting standards when people with iPhones and Android phones text each other,” Google stated.

How to Include Social Media in Your Marketing Campaigns

Healthcare for Ransom: A Look into the HIPAA Guidelines for Ransomware Incidents