The Lack of API Visibility Weakens A Fundamental Security Premise 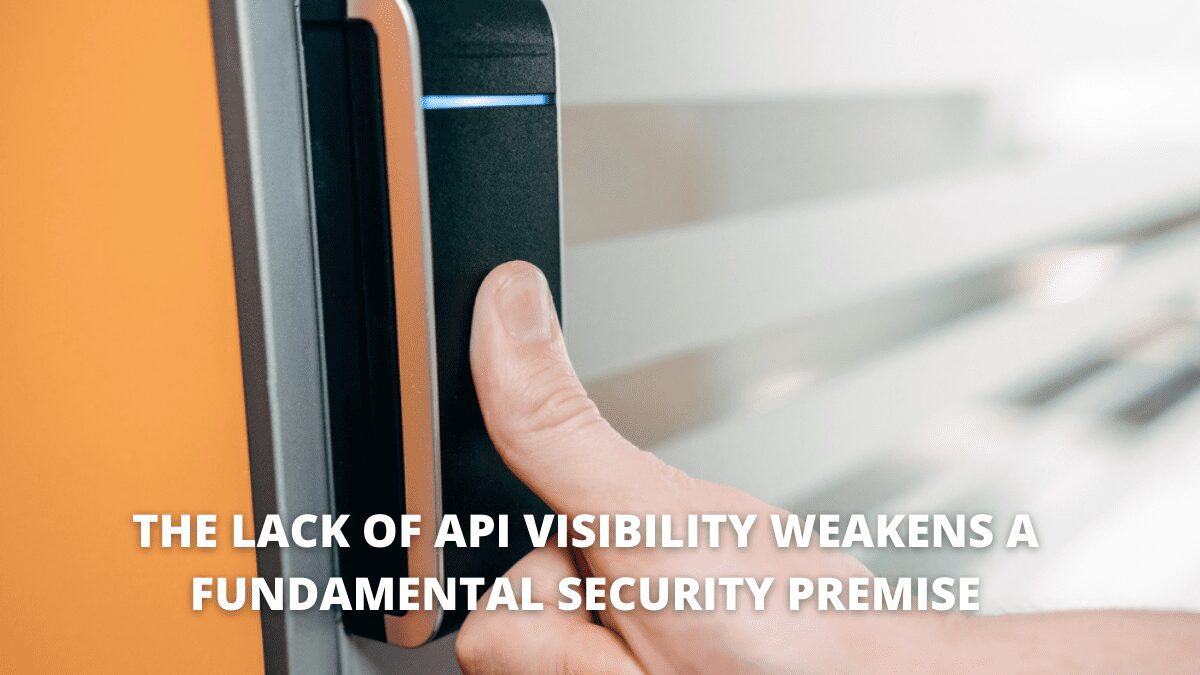 Among the oldest security ideas is that you can’t safeguard what you cannot see. The first point for monitoring and defending the attack vector and important resources has always been visibility. Various technical issues have emerged over the years, including the shift to “let it all in” HTTP in the late 1990s, the subsequent introduction and widespread use of encrypted traffic, the upsurge of shadow IT and employees or groups empowered to integrate their own apps, devices, data services, and more. These difficulties have demanded novel techniques for visibility.

With such core businesses relying on integrating data and processes via APIs, the new visibility problem needs firms to understand what APIs they disclose internally and externally, as well as how they might behave.

Most firms are only aware of a subset of their APIs and vastly underestimate the true amount. Almost no organization has discovered all APIs. Most try to categorize their APIs plus, ideally, add descriptions and information to them. From the start, this is a large undertaking that, as per our audits of different organizations, only achieves to identify a part of those in use.

Worse, discovering and categorizing APIs is a changing target that demands ongoing monitoring and care. Every week, many firms add new APIs or change old APIs, with the majority of these originating from efforts that are not authorized or monitored by IT or security departments.

Most businesses have no idea how many APIs they use, let alone what it is they are or how they could be utilized. Traditional technologies, such as WAFs as well as API Gateways, were designed for a specific goal and lack the capacity to identify and catalog APIs.

Some app developers give API documentation, however, it is unrealistic to expect every development team to continually provide the most up-to-date documentation on each and every change, much alone tackle older or different APIs that were never documented in the first place.

API documentation provided by application developers is frequently inadequate and soon out of date. Updating API information for apps often lacks any type of procedure or planned review by developers, hence most apps lack the means to maintain documentation up to date. Furthermore, new APIs are always being added, so ongoing exploration is needed. A one-time finding procedure or static documentation is almost useless.

Organizations must constantly discover new APIs in order to have an up-to-date inventory of APIs. Risk audits are required to identify vulnerabilities, configuration issues, as well as data sensitivity.

While most firms and organizations are unable to identify their API inventory, they are also unable to assess the dangers associated with these APIs. What is happening inside the API conversation, what data is being sent, how should the API generally react, what is the risk associated, and other critical elements remain unanswered.

We regularly identify sensitive or controlled data being sent without the constraints or protections that they are subjected to in other channels while evaluating enterprise API traffic as well as interactions. We also detect connections across significant corporate systems, such as client orders, inventory or supply chain interactions, financial instructions, and other things.

It immediately becomes clear that a lack of API visibility, awareness, or evaluation jeopardizes risk management, compliance, as well as the core of the business. Incidents aimed at a lack of API visibility are quickly becoming the most serious security risk confronting enterprises, and they will account for the great majority in the future years. The fundamental reason for this is that enterprises must build and expose a large number of new APIs as part of their digital transformation, despite the fact that they no longer invest in data centers and corporate networks. Because these APIs are designed to expose the core company to the outside world, they are the primary target for attackers.

Companies must continuously and automatically detect all APIs, as well as analyze and assess their activity. New technologies may now give the visibility and behavioral evaluation that security and compliance teams need to prioritize API policing as being one of the top risk management vectors.

The digital company has acquired vital agility and efficiency, but it has also created a formidable new danger and vulnerability. Businesses must be aware of the dangers in this new frontier and have the capacity to manage them effectively.

APIs provide for speedier income streams and greater agility in launching new goods, features, as well as services. Security can’t be an impediment to such business expansion and income production. APIs will be the most significant new attack surface and source of risk exposure that enterprises must safeguard in the near future. Suppliers, API security is now a must-have for every organization that utilizes APIs to conduct business online and integrate customers, partners, projects, or processes.