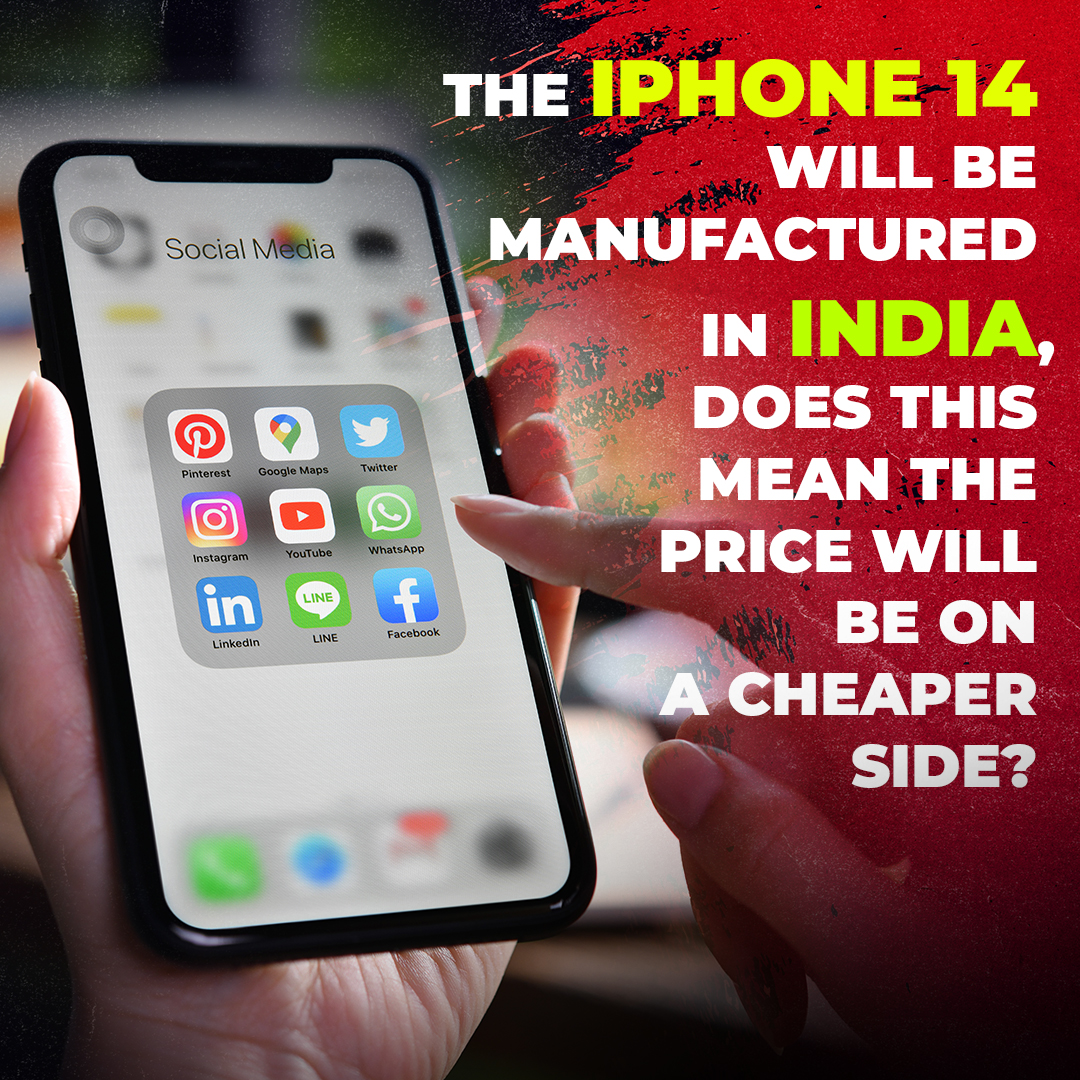 The rumours at least seem to indicate that the iPhone 14 will launch on schedule. Four new iPhone models will debut this year as well, with the difference being that they will all be made in India at the time of the introduction. That is a first for both Apple and India.

While Apple has historically produced various iPhone models domestically, this will be the first time that iPhones are simultaneously constructed in China and India. According to a prominent analyst’s report, only the 6.1-inch iPhone model, known as the iPhone 14, will be produced locally in India. It’s unknown if the Pro models will also be put together locally.

Apple currently produces the iPhone 11, iPhone 12, iPhone 13, and iPhone SE domestically through its suppliers in India, including Foxconn and Wistron. According to the rumour, Foxconn, an Apple supplier, would produce the iPhone 14 model this year. Neither Foxconn nor Apple, for now, have revealed any details related to the iPhone 14 series yet.

Does this imply that the pricing of the iPhone 14 will be less expensive than the iPhone 13’s debut price?

Now, that might not occur. The scenarios mentioned below clarifies the statement.

The Apple iPhone 14 has the first-ever 48MP camera sensor, capable of recording 8k videos smoothly. It has a rear Front-facing 13 MP camera with Retina Flash Chipset Apple A14 Bionic Along with flagship features like Dust-proof and Water resistance, the brand has adopted iOS v14. As usual, customers receive a powerful processing arrangement that ensures a lag-free working environment. However, there are just 64GB of internal storage, and the battery life is merely mediocre.

The 6.7-inch OLED screen of the Apple iPhone 14 is protected and has a resolution of 1284 x 2778 pixels. The smartphone’s bezel-free display has a pixel density of 457ppi and a refresh rate of 120Hz.

On its back, the gadget has a dual camera setup with a 48MP primary camera and a 13MP ultra-wide angle camera. Some of the back camera features are OIS, Phase Detection autofocus, Dual LED flash, digital zoom, HDR mode, Auto Flash, Face detection, Continuous Shooting, and 8K video recording. On the front, there is a 13MP Primary Lens with Retina Flash.

Hexa-Core (Dual-core, 3.1GHz, Firestorm + Quad-core, 1.8GHz, Icestorm) processor assisted by an Apple M14 motion Co-Processor is the configuration of the Apple iPhone 14. A 5nm Apple A14 Bionic CPU, 6GB of RAM, and an Apple GPU are all featured on the device, ensuring a fluid user experience.

The iPhone is equipped with a non-replaceable 3815mAh Li-ion battery that supports both Fast Charging and Wireless Charging.

This brand-new feature, which iPhones have never had, is anticipated for the next iPhone 14 Pro and iPhone 14 Pro Max. This is feasible not just because of the iOS 16 operating system but also because the hardware in the iPhone 14 Pro models has been upgraded.

The release timetable will be spaced out, allowing Apple to devote more engineering time to finishing iOS 16, the operating system that will ship with the iPhone 14 in September. Till then it is hard to comment on anything under this tagline.

The forthcoming iPhone 14 will likely be shipped simultaneously from China and India, according to the most well-known Apple analyst, MingChing Kuo. According to his recent survey, Foxconn’s iPhone production facility in India will ship the new 6.1-inch iPhone 14 practically concurrently with China for the first time in 2H22, Kuo wrote in a post on the microblogging website Twitter (India being one quarter or more behind the past).

Also read iOS 16 is Releasing in 2022. For more such updates read here.

Netflix launches its version of the game ‘Heads Up!’ to test your IQ

Apple iPhone 14: Users will make calls or messages without a network, Here’s HOW

The Impact of Blockchain Technology on Robotics

Six Amazon Business Models and The Pros and Cons of Each