The Impact of Blockchain Technology on Robotics 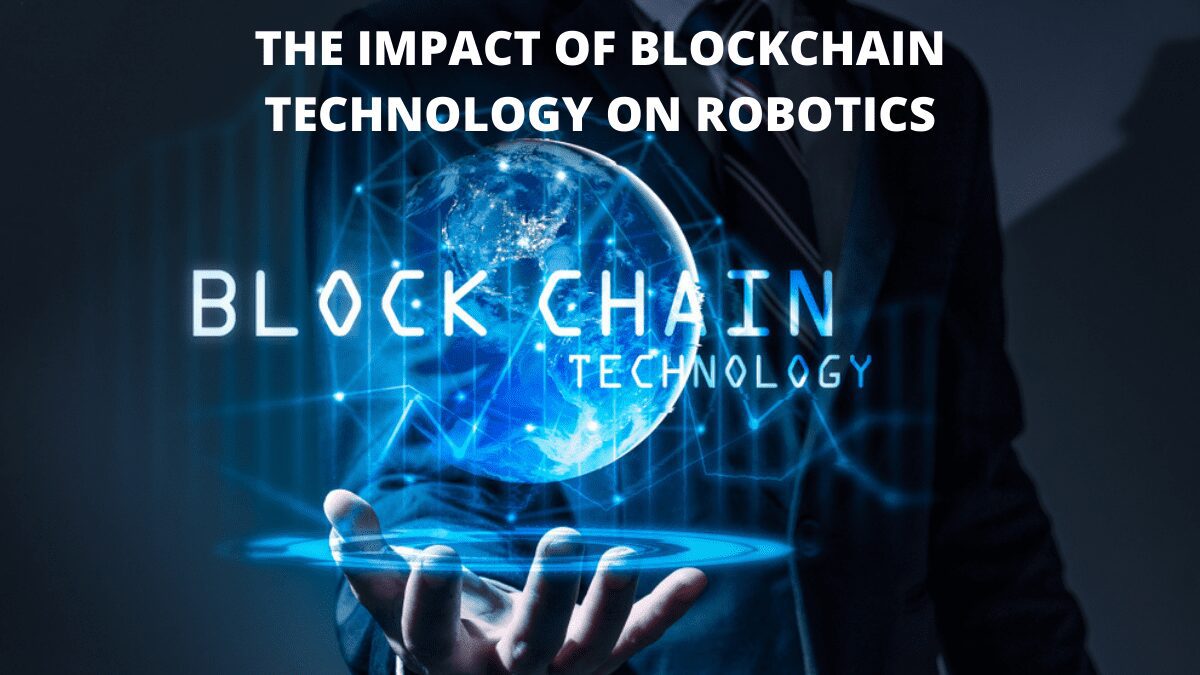 There are a plethora of disciplines in which robots have found widespread use. Manufacturing, entertainment, healthcare, transportation, education, tourism, and other fields have all relied heavily on robots, so much so that the reliance remains substantial even now. Though the usage of robots has alleviated many technological issues, there still are a number of obstacles that must be addressed, such as data security, inter-robotic communication, and unmanned navigation, to mention a few. This is where blockchain technology enters the equation. Blockchain technology has the ability to address some of these major challenges/issues. Continue reading to learn about the influence of blockchain technology on robots.

To get right to the facts, it’s no surprise that robots are getting more popular, smarter, and cost-effective. What must be ignored, however, is the reality that in the vast majority of cases, robots do need human supervision in order to work properly. In this case, blockchain technology is no less than a rescuer, assisting robotics to go one step closer to total autonomy, where they would work without much human involvement. When blockchain is utilized as a communication platform for robots, security and safety against fraud are automatically included. Without a doubt, when communication is safe, the robots can complete their assigned responsibilities. Given the strong dependence on robotics to fulfill corporate goals, there will come a day when robots will be necessary to create and sustain commercial connections. Blockchain is the solution to the technological and economic challenges that develop throughout time.

In layman’s terms, a blockchain is a transparent ledger in which information is recorded in sequential “blocks.” On the plus side, this data is safeguarded by a consensus algorithm.

Sophisticated encryption techniques, like cryptographic electronic signature and cryptographically secure public-key encryption, which are an inherent element of the blockchain, ensure users of the highest level of data protection over shared channels. Because a robot’s access to knowledge is restricted by a single private key, the data provided is very secure.

In the instance of swarm robots, blockchain technology allows a combination of keys, which are public and private, to be issued to each robot in the swarm. In this case, the public key may be the most important piece of information about a robot, while the private key may be used to identify a robot prior to beginning communication. Thanks to blockchain, it is now feasible to deploy robots to exchange products, services, and resources with a person or a machine. There’s more to it than that. Smart contracts may now be used by robots to offer their services to people, removing the requirement for any third-party authentication.

Finding the optimal approach for a group of robots to do a shared goal has always been difficult. One of the better options would be to use an economic mechanism to assign work, decision theory, leveraging game theory, and market mechanisms. Once again, it is the blockchain that will aid in the development of this system. Not only that, but blockchain technology may be used to enable more accurate job planning, evaluation of results, plus resource distribution.