The Impact Of A Cyber Breach On Organisations 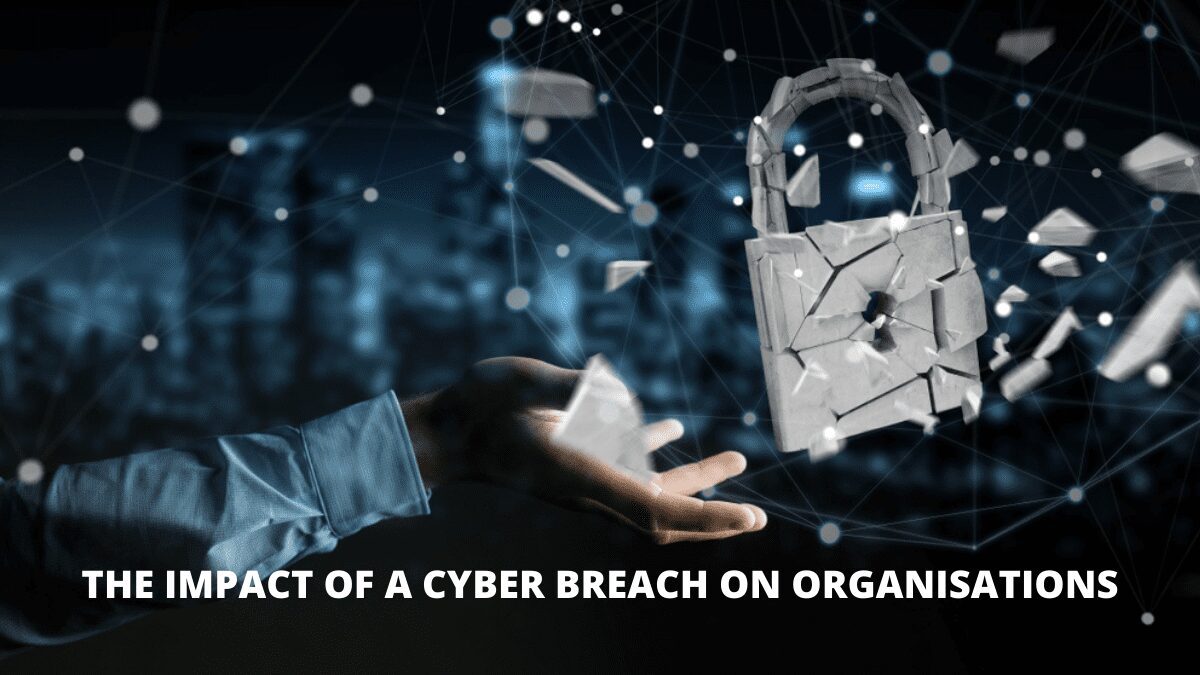 A typical data security breach needs less time to execute than it does to make a cup of tea.

In fact, 93 percent of successful security breaches happen in just a minute. Despite this, 80 percent of organizations wait weeks to detect a compromise.

The implications of corrupted data are numerous and costly. This is why 86 percent of corporate leaders are concerned about cyber security concerns such as poor data security.

Here’s a brief rundown of five of the most serious consequences of data breaches. Continue reading to learn why it is critical to safeguard your company’s data.

Significant income loss is typical as a consequence of a data breach. According to studies, 29 percent of firms that have a data breach lose income. Among those that lost revenue, 38% saw a 20 percent or more loss.

A non-functional webpage, for example, may lead potential consumers to look elsewhere. However, any IT system outage might cause work interruptions.

A security compromise might have far-reaching consequences that go beyond your short-term income. Your brand’s long-term reputation is also at stake.

For one thing, you wouldn’t want your emails to be exposed. In most situations, these emails must be kept confidential.

Customers, on the other hand, appreciate their confidentiality, and breaches frequently include consumer payment information. Potential prospects will be cautious to trust a company that has a reputation for poor data protection.

Revenue loss and reputational harm can be disastrous. In certain situations, though, cybercriminals will also target plans, tactics, and blueprints.

Businesses in the design and construction industry are particularly vulnerable to this danger. Smaller firms frequently assume they will not be affected. However, small companies are the target of 60% of all cyberattacks. This is due to the fact that they are easier to assault.

The loss of intellectual property might have an impact on your company’s competitiveness. Some competitors would not be reluctant to exploit stolen knowledge.

The expenses at the surface are only the start. There are several hidden expenses associated with breaches.

Legal expenses, for example, might be a factor. You might also have to expend more on public relations and inspections, not to forget insurance premium increases.

Another aspect that many firms miss is regulatory fines. For instance, in 2015, the FCC slapped AT&T with a $25 million punishment. This was due to a breach that resulted in the exposure of information pertaining to multiple accounts.

Some hackers consider themselves to be pranksters. In some situations, a security compromise may merely result in minor wording modifications on your website.

While something appears to be quite innocuous, it has the potential to do significant harm. Subtle alterations are more difficult to detect.

Defending Your Company Against a Security Breach

Today, security breaches are much more frequent than ever. When compared with the past year, the frequency of worldwide data breaches grew by 86% in 2016.

However, there are some data security techniques you may employ to protect your company. To begin, keep your software updated to reduce flaws. Consider encryption of your data as well, and avoid reading dangerous emails at all costs.

Investing significantly in IT can allow you to identify and avoid a wide range of risks. If you’re seeking IT solutions, you can consider getting in touch with us!