The Evolution of Connected Vehicle Technology and its Benefits 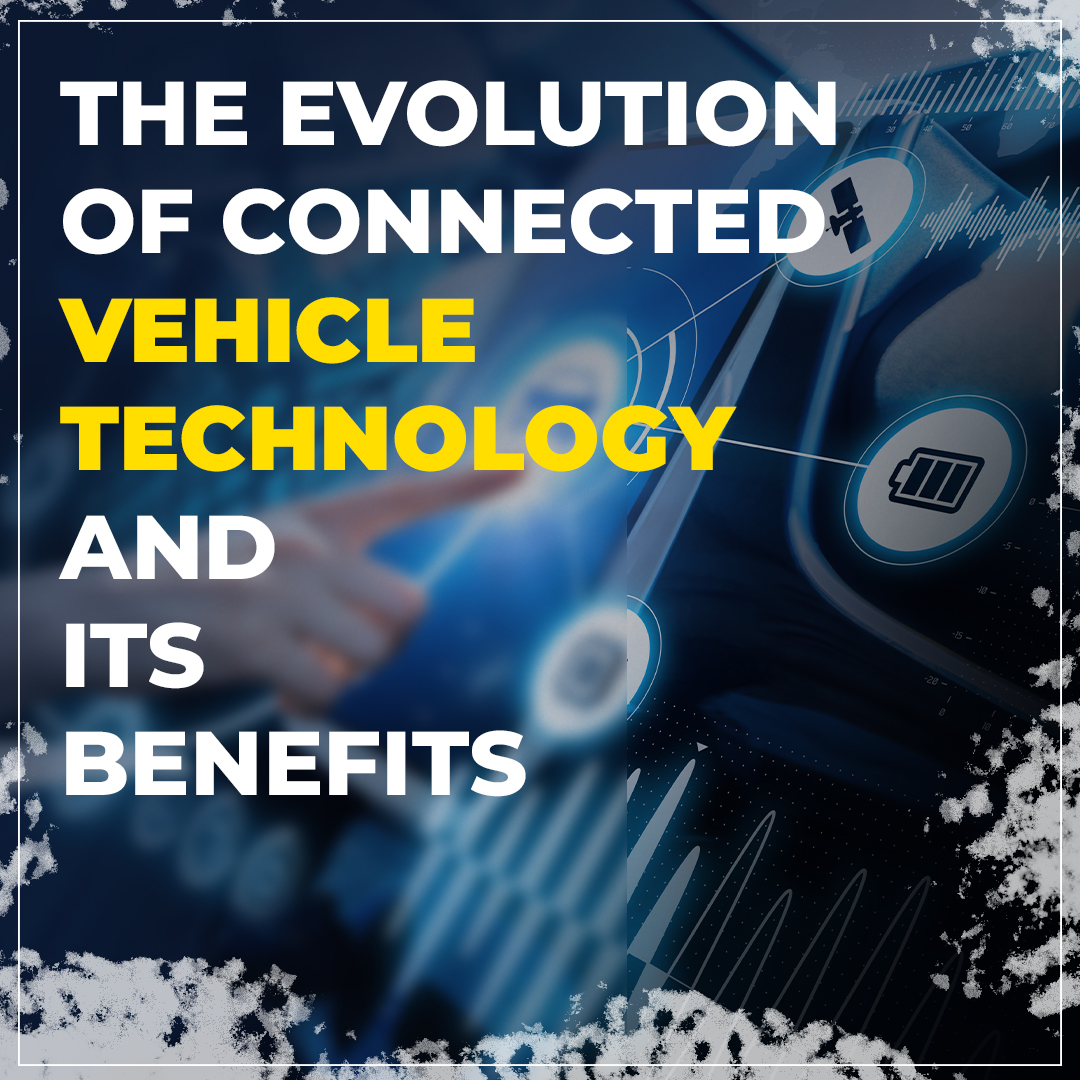 Beyond the debate about traditional fuel as opposed to electric options, there’s the IoT angle to consider. IoT is short for “Internet of Things”. In addition to smartwatches, smart architecture, and smart appliances of all stripes, are “smart” vehicles.
Smart cars are changing the roads more every day, and their level of integration is transforming everything. To a certain extent, it has to, as technological innovations driving the automotive industry into safe automation require endless amounts of data. A lot of that is acquired through vehicles sending information to networks in real time.
How do you think tech giants figure out what traffic is going to be like on your way to and from work? Well, this is done in several ways. When you’re using Google Maps, you’re on the internet, and your phone is acting like a transponder. The intended location you have and where you represent data points Google can use.

Also, IoT-enabled vehicles are by definition internet-enabled, and that means they’re also sending data to and from server arrays. Utilizing that data is to be expected in a society with efficient infrastructure. Managing that data is complex, requiring integration solutions. Here we’ll discuss integration and the complexity of associated data. 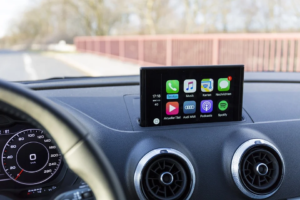 Understanding How the Data Works

Google uses “Big Data”, which is hundreds of thousands of servers (several cloud arrays have over a million servers) networked together such that each server acts as an individual data processor. Think of it like this: the cloud makes individual servers like pixels on a computer screen. You see them individually up close. From a distance, they make one image.
So Big Data is used to manage data from millions of people using Google Maps or other navigational software, but that’s not all. Additionally, the information your car is interacting with on an IoT level also makes a huge contribution. Many don’t realize it,that information also contributes to diverse Big Data neural nets.
A neural network, or “net”, is like the cells in your brain aligning themselves in patterns when a new skill is learned. Neurologically speaking, this is neuroplasticity; and through what has been learned about the human brain, new IT innovations have developed. If you think of each car like a neuron in the “brain” of the network, you start to see the picture.

When we’re talking about automotive data through IoT, most comes from self-driving cars, but not all. Some come from new cars designed for ongoing internet connectivity. Altogether, it’s a lot of information, and managing it at the design level requires interfacing with diverse data management conventions.

A Billion Cars Like Brain Cells Across the World

As servers are like pixels in a screen’s image, diverse neural networks are like pixels in one global “image”, if you will; a worldwide neural network. Vehicular manufacturers are challenged here. In order for vehicular technology to advance in meaningful ways that employ such tech for effective engineering, they have to work together.
Have you heard of the difference between “metric” and “imperial” measurements? It’s not a trivial difference. Ostensibly, this caused a NASA mission to implode when one team used imperial measurements, the other used metric measurements, and the disparity wasn’t realized until the space equipment had made it to Mars.

Well, with vehicles, dial that up to eleven. Now manufacturers across the world who use metric and imperial measurements on the factory floor are confronted with the reality that partners they must work with in order to take full advantage of associated technology have variable standardization. Everybody’s got their own IT protocols.
There are entire startup companies designed around collaborative software mobility. Car companies don’t have that sort of core operational design silhouetting their work. In order to get the balance right, a rapid organizational and technological transition is necessary. 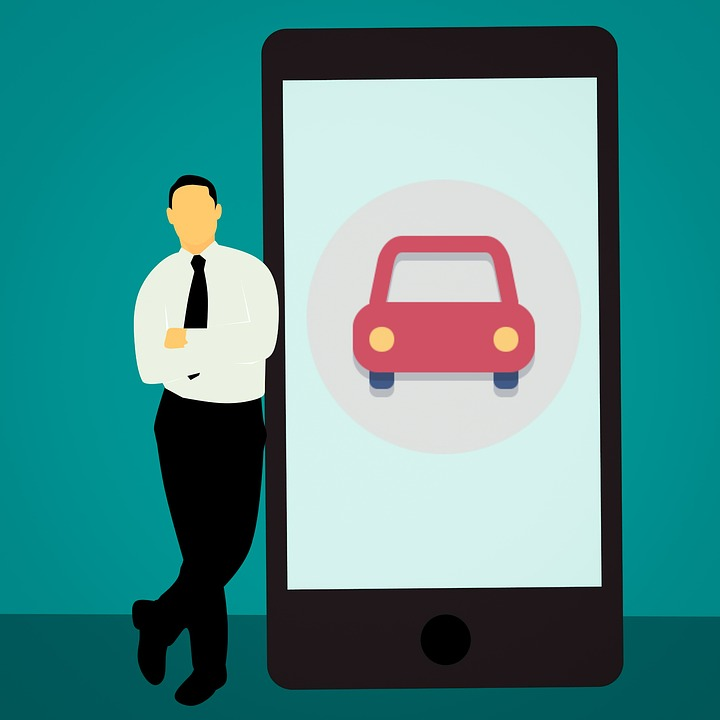 Now some car companies, they’re able to add such tech almost like a computational paint job to their existing inventory. Meanwhile, competitors may redesign a vehicle from the ground up. This is overkill. There’s a balance, and that’s MVT; or Minimum Viable Transformation. Solutions in MVT from DMI are designed specifically for this purpose.
What makes sense for auto manufacturers the world over is finding companies who understand what the present trends in technology are, where they’re going, and what that means for diverse manufacturers. There are quite a few variables to consider here, and as technology continues to develop, those variables continue to change.
Let’s be realistic: given that everyone in the industry is competitive, though Big Data and other technological advances make it worthwhile to work together, there’s still a prerogative to outpace “the other guys”. Look how much EV (Electric Vehicle) competition hit the market once Tesla staked their historical claim.
Yet they weren’t the first; Toyota tried with the Prius before, and many today believe hybrid vehicles are yet superior to the electric option. Tesla did it better, so they dominate the market; but regardless of which you prefer, both Tesla and Prius need web-integrated technology for varying safety, convenience, and engineering features.

The auto company savvy enough to optimize with alternatives like MVT will lead the pack. MVT design facilitates maximal upgrades at a minimal cost. Instead of totally redesigning vehicles, data and proven miniaturization enhance vehicular engineering.
For auto companies seeking to corner the market, such a technological transition only makes sense. There’s something even more important to consider, though, and that’s that technological innovations related to the computer industry tend to advance quicker than in other industries.
While Moore’s Law has technically been outpaced, IT tech continues to double itself in terms of capability every year or two. Auto manufacturers are increasingly integrated, and that trend will only continue in the coming years.
Accordingly, things like MVT are effectively stepping stones to the next big innovation. Skipping MVT upgrade could reduce future competitive viability as manufacturers play catch-up just to reach the entry-level of “the next big thing”.

IEMA IEMLabshttps://iemlabs.com
IEMLabs is an ISO 27001:2013 and ISO 9001:2015 certified company, we are also a proud member of EC Council, NASSCOM, Data Security Council of India (DSCI), Indian Chamber of Commerce (ICC), U.S. Chamber of Commerce, and Confederation of Indian Industry (CII). The company was established in 2016 with a vision in mind to provide Cyber Security to the digital world and make them Hack Proof. The question is why are we suddenly talking about Cyber Security and all this stuff? With the development of technology, more and more companies are shifting their business to Digital World which is resulting in the increase in Cyber Crimes.
RELATED ARTICLES
Uncategorized