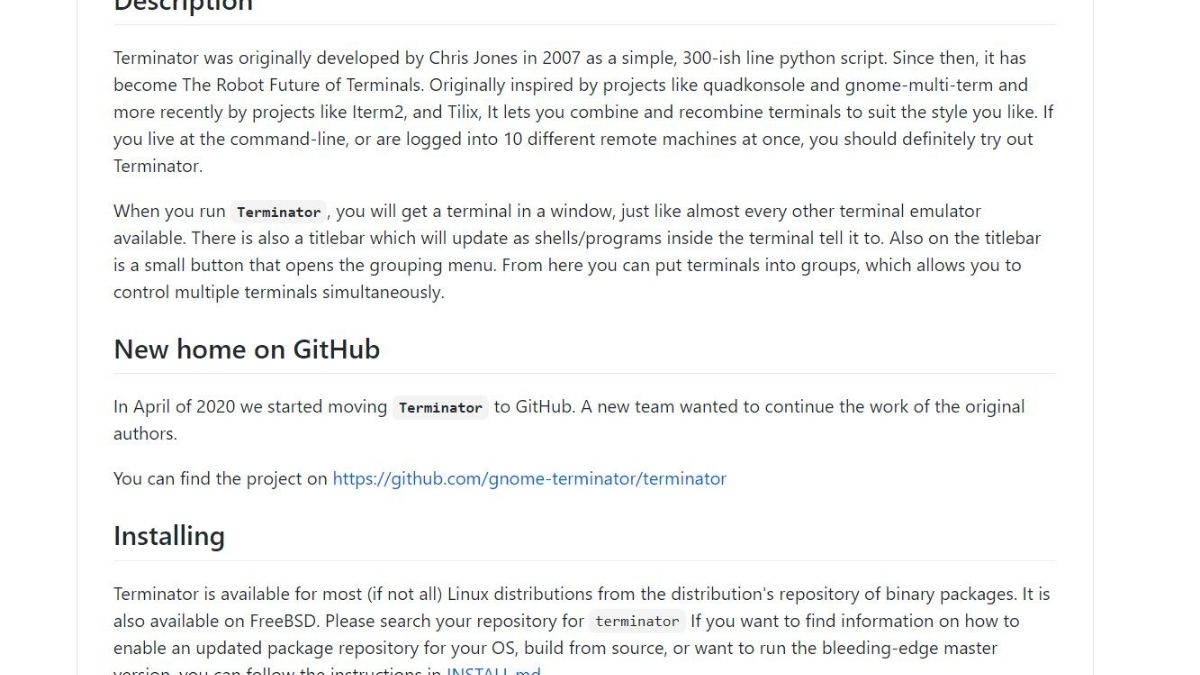 Terminator was originally developed by Chris Jones in 2007 as a simple, 300-ish line python script. Since then, it has become The Robot Future of Terminals. Originally inspired by projects like quadkonsole and gnome-multi-term and more recently by projects like Iterm2, and Tilix, It lets you combine and recombine terminals to suit the style you like. If you live at the command-line, or are logged into 10 different remote machines at once, you should definitely try out Terminator.

When you run Terminator, you will get a terminal in a window, just like almost every other terminal emulator available. There is also a title bar which will update as shells/programs inside the terminal tell it to. Also on the titlebar is a small button that opens the grouping menu. From here you can put terminals into groups, which allows you to control multiple terminals simultaneously