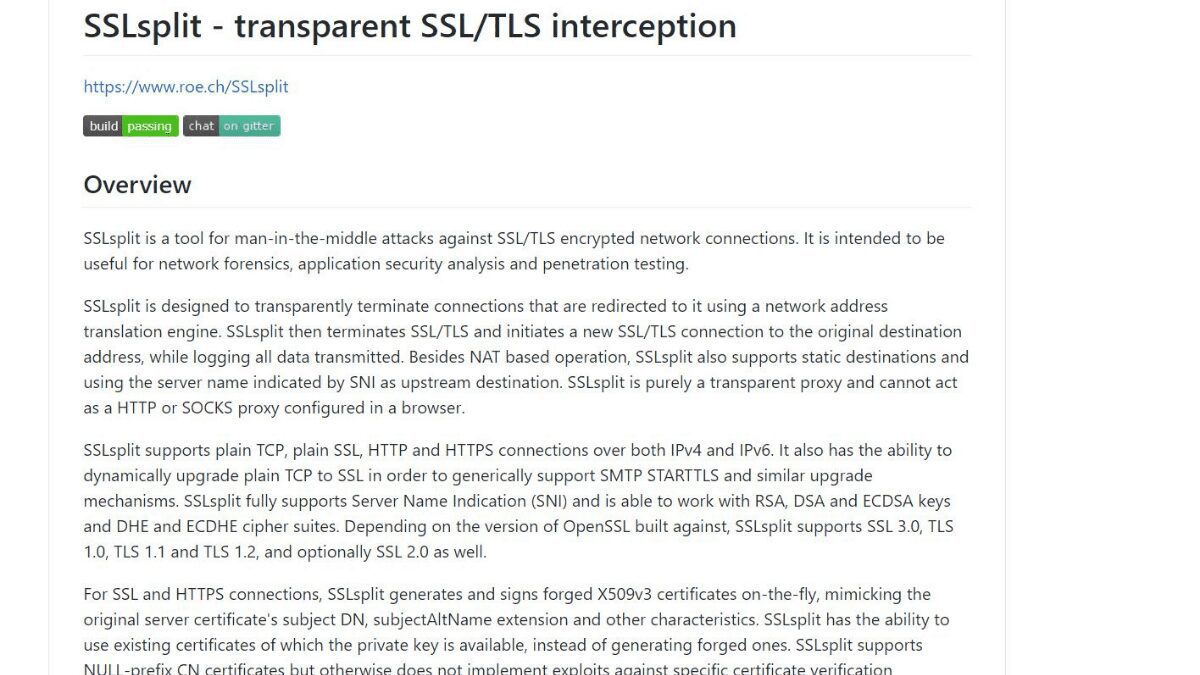 SSLsplit is a tool for man-in-the-middle attacks against SSL/TLS encrypted network connections. Connections are transparently intercepted through a network address translation engine and redirected to SSLsplit. SSLsplit terminates SSL/TLS and initiates a new SSL/TLS connection to the original destination address, while logging all data transmitted. SSLsplit is intended to be useful for network forensics and penetration testing.

SSLsplit supports plain TCP, plain SSL, HTTP and HTTPS connections over both IPv4 and IPv6. For SSL and HTTPS connections, SSLsplit generates and signs forged X509v3 certificates on-the-fly, based on the original server certificate subject DN and subjectAltName extension. SSLsplit fully supports Server Name Indication (SNI) and is able to work with RSA, DSA and ECDSA keys and DHE and ECDHE cipher suites. SSLsplit can also use existing certificates of which the private key is available, instead of generating forged ones. SSLsplit supports NULL-prefix CN certificates and can deny OCSP requests in a generic way. SSLsplit removes HPKP response headers in order to prevent public key pinning.