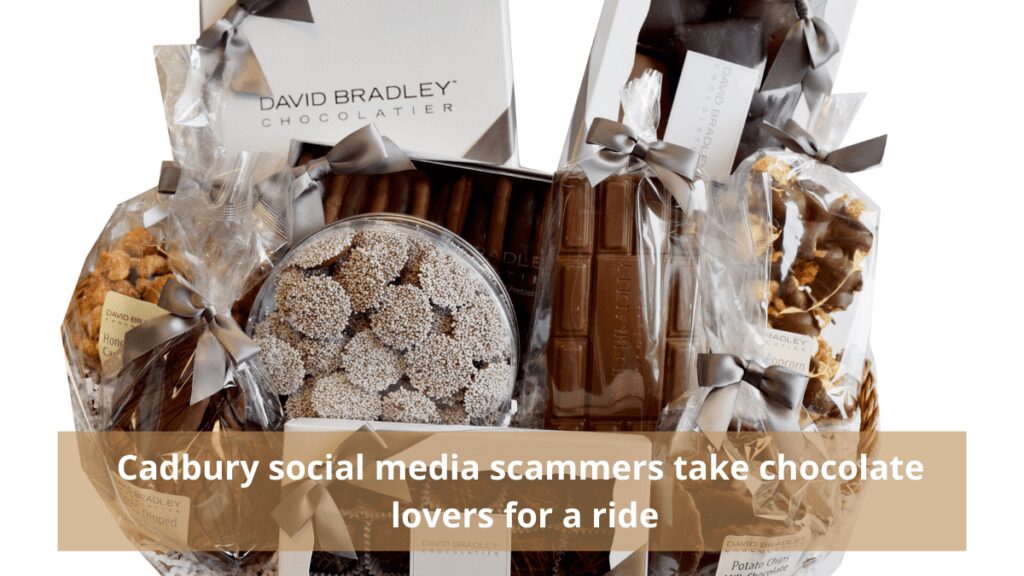 A fake Facebook Group has been offering a free hamper of Cadbury chocolate to trick social media users into revealing their personal and financial details. As discovered by Think Tank Parliament, the campaign is basically based on “Cadbury Rewards”. These scammers have been using the Cadbury logo on social media sites to extract users’ personal information.

As seen from the posts, the group claims that the famous chocolate brand Cadbury, owned by Mondelez International, will be sending a hamper to everyone who replies before midnight, as part of a celebration of its 126 years in business. But in reality, was founded in 1824 and is 196 years old.

Victims are urged to enter a Cadbury-branded phishing page to give their personal data including name, home address, phone number, email address, and bank card details. These fake posts have received nearly 2000 likes and hundreds of comments.

Mondelez International has confirmed that the posts were not generated by Mondelez and has requested their customers not to share any personal information with the scammers.