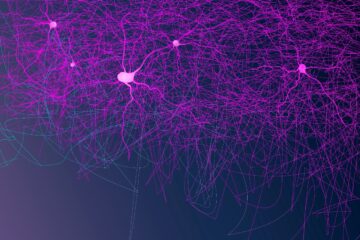 India’s first privately developed rocket, the Vikram-S from Hyderabad-based Skyroot Aerospace company, is scheduled to launch for the first time between November 12 and 16 from Sriharikota, the only spaceport in the country.

In the first private sector launch, Vikram-S will carry three customer satellites sub-orbital flight on t in ahe “Prarambh (The beginning)” mission. The final launch date will be decided based on weather conditions.

Skyroot Aerospace (@SkyrootA) tweeted on 8th November, 2022, “Thrilled to announce #Prarambh, our maiden launch mission, also the first for the Indian private space sector, with launch window between 12-16 Nov ’22. Thanks to Chairman @isro for unveiling our mission patch and @INSPACeIND for all the support”

Like the flights performed by Jeff Bezos and Richard Branson, sub-orbital flight involves using a vehicle that moves slower than the orbital velocity, which means it is fast enough to reach space but not fast enough to maintain an orbit around the Earth.

The company can test its equipment in orbit thanks to the expedition.

Three Vikram rockets are being developed by the corporation to launch payloads weighing between 290 kg and 560 kg into sun-synchronous polar orbits using a variety of solid and cryogenic fuels. While the recently created small satellite launch vehicle, intended for lifting smaller commercial satellites, can take up to 300 kg to sun-synchronous orbit, India’s workhorse PSLV can lift up to 1,750 kg to such an orbit.

Why does the launched rocket name “Vikram”? Skyroot’s launch vehicles are named ‘Vikram’ as a tribute to the founder of the Indian space programme and renowned scientist Vikram Sarabhai.

Pawan Kumar Chandna, CEO and co-founder of Skyroot Aerospace Private Limited, said, “We could build and get our Vikram-S rocket mission ready in such a short time only because of the invaluable support we received from ISRO and IN-SPACe (Indian National Space Promotion and Authorisation Centre), and the technology talent that we inherently possess. We are proud to announce our path-breaking mission ‘Prarambh’ dedicated to the Indian private space launch companies, which has hugely benefited from the reforms and vision of the Government of India,”

Although Skyroot will launch its rocket first among Indian private rocket company, others won’t be far following. Consider Agnikul Cosmos, whose semi-cryogenic Agnilet engine was tested on Tuesday at the Thumba Equatorial Rocket Launching Station (TERLS) in Thiruvananthapuram by the Indian Space Research Organisation (ISRO). Small Satellite Launch Vehicles (SSLV) used by ISRO are probably soon to be produced and used by independent parties.

Skyroot Aerospace funding successfully US$51 million (₹403 crores) Series-B financing round and is considered to be the largest funding round ever in the Indian space-tech sector in September.

A new era for the Indian space sector:

With this mission, Skyroot Aerospace will launch a rocket into orbit for the first time as a commercial space enterprise in India, ushering in a new era for the space industry, which was opened up in 2020 to allow for private sector participation.

“The Vikram-S rocket is a single-stage sub-orbital launch vehicle which will carry three customer payloads and help test and validate technologies in the Vikram series space launch vehicles,” said Naga Bharath Daka, Chief Operating Officier and co-founder of the company Skyroot Aerospace in a statement.

According to Mr. Chandana, ISRO and IN-SPACe’s assistance was the sole reason Skyroot was able to construct and complete the Vikram-S rocket mission in such a short amount of time (Indian National Space Promotion and Authorisation Centre).

In conclusion, Skyroot aerospace, a company based in Hyderabad, develops state-of-the-art space launch vehicles for putting commercial satellites into orbit. By expanding its objective to make spaceflights accessible, dependable, and frequent for everyone, it seeks to dismantle entry barriers to cost-effective satellite launch services and spaceflight, according to the statement.

Apple Company is “excited to be manufacturing iPhone 14 in India”

Apple needs to fix messaging, according to Google