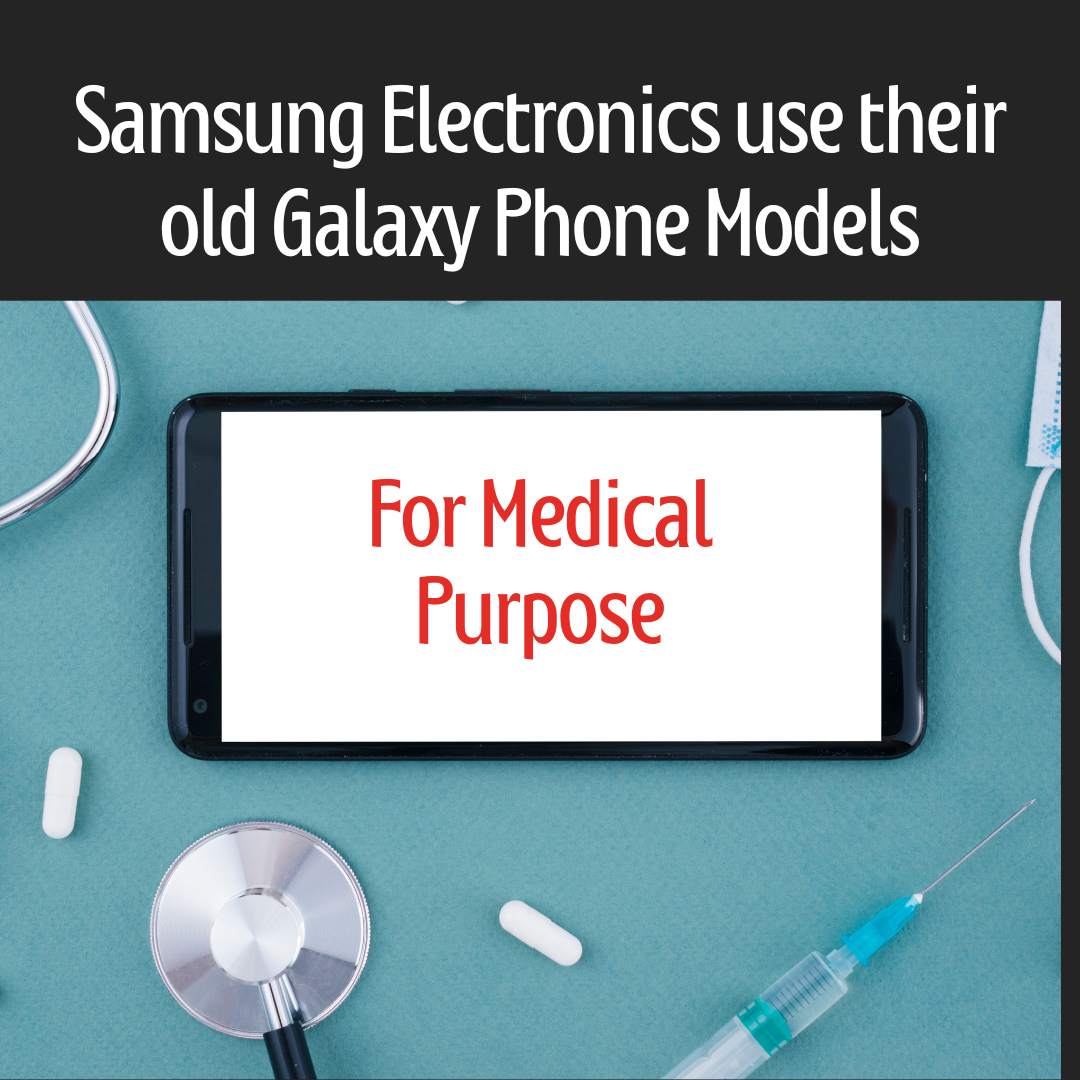 Samsung, a leading technology company in South Korea, believes smartphones can enhance access to high-quality medical treatment along with raising awareness of and enhancing knowledge about eyesight in far-flung parts of the nation. Samsung’s simple solution is to convert older Galaxy smartphones to run the eyelike handheld fundus camera, which connects to a lens attachment to provide an enhanced fundus diagnosis. According to Samsung, the Galaxy old smartphones can be used to act as the “brain” of the Eyelike fundus camera. The gadget then processes the pictures it gets using an artificial intelligence (AI) system before sending them to an application that collects patient data and makes recommendations for the next phase.

Mohan Rao Goli, Corporate VP and CTO, Samsung Research Institute, Bengaluru (SRI-B), told “The Galaxy upcycling programme not only gives a new life to some of our older Galaxy smartphones by repurposing them into useful devices but they can also be used as diagnoses cameras to screen patients for conditions like diabetic retinopathy, glaucoma and age-related macular degeneration”.

Samsung introduced the programme for the first time in South Korea in 2017. Since then, Samsung has kept adding other nations, including India, to its Galaxy Upcycling programme. For the Samsung Galaxy phone Upcycling programme, the leading smartphone manufacturer in the world has collaborated with the International Agency for the Prevention of Blindness (IAPB), Yonsei University Health System (YUHS) in Korea, and LabSD.

According to Samsung, the recycling programme diverts electronic waste from landfills to factories that produce medical phones for underprivileged populations. “People around the globe face barriers to accessing fundamental health care, and we saw an opportunity to engineer smart, innovative solutions that reuse products to drive more sustainable practices and make a positive impact in our communities,” said Sung-Koo Kim, VP of Sustainability Management Office, Mobile Communications Business at Samsung.

According to Samsung, their Eyelike fundus solution has already aided 19,000 Vietnamese citizens. In 2019, It provided 90 portable ophthalmoscopes to medical personnel working in far-flung areas of the nation without access to walk-in clinics.

Diabetes retinopathy, glaucoma, and age-related macular degeneration are a few of the ophthalmic diseases that Samsung’s Eyelike fundus camera can be used to diagnose. The Samsung mobile store mentioned that this system’s capacity for cervical cancer screening is being upgraded.

Goli explained, “You connect the lens attachment for enhanced fundus diagnosis while the smartphone is used for capturing the images. The Galaxy device then utilises AI algorithms and analyses the images to diagnose ophthalmic diseases. The data captured by the phone then sync with the mobile app, which suggests if the patient needs any further treatment”.

“The combination of using multiple optical technologies and artificial intelligence, coupled with the camera performance of a Galaxy smartphone, created an affordable medical phone that was just as capable as a fundus camera used by medical professionals,” said Dr. Sangchul Yoon of Yonsei University Health System.

“Repurposing old smartphones into medical diagnosis cameras is filling the missing link between the last man and the healthcare provider,” said Dr Madhu Bhadauria, CMO of Sitapur Eye Hospital, describing how a smartphone can help break these barriers and provide access to quality eye care to many more people in rural parts of the country at a fraction of cost. Bhadauria reports that the price of conventional equipment for taking fundus images ranges from Rs 10 lakh to Rs 60 lakh.