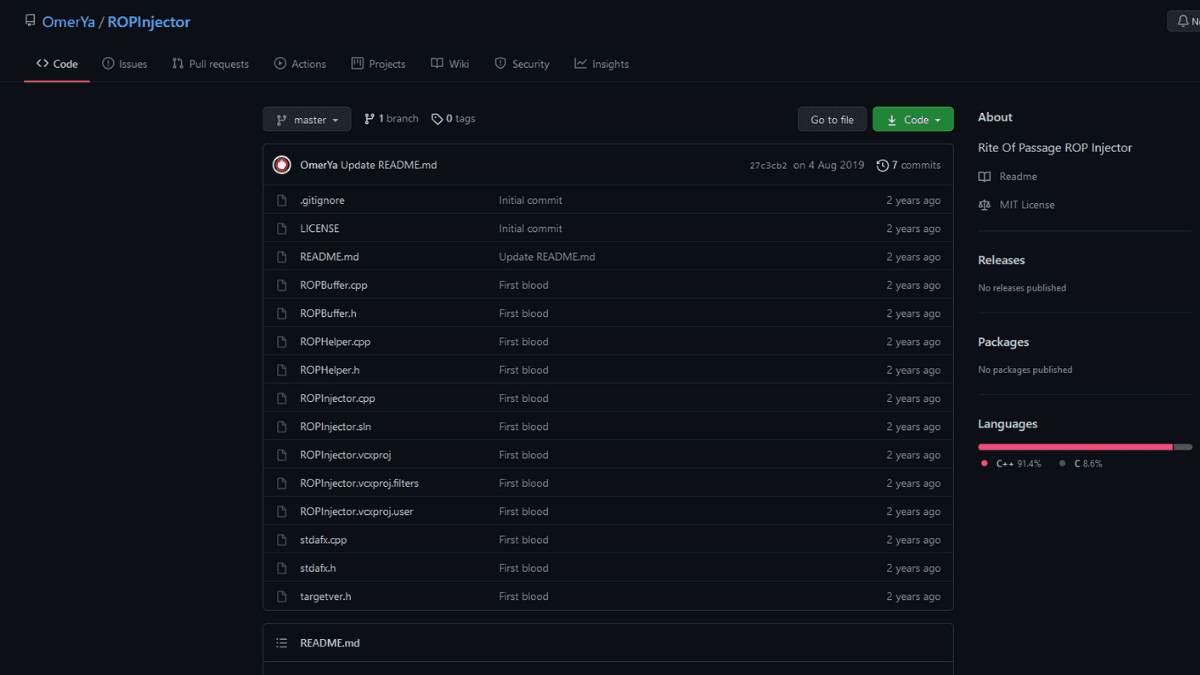 Rite of Passage (ROP) injector injects a ROP into the target process. This tool allows you to choose either the regular ROP (that uses VirtualProtect) or a Rite Of Passage ROP which is capable of bypassing most of the endpoints exploit protections.

This project was created only for educational purposes and not for unethical practices.