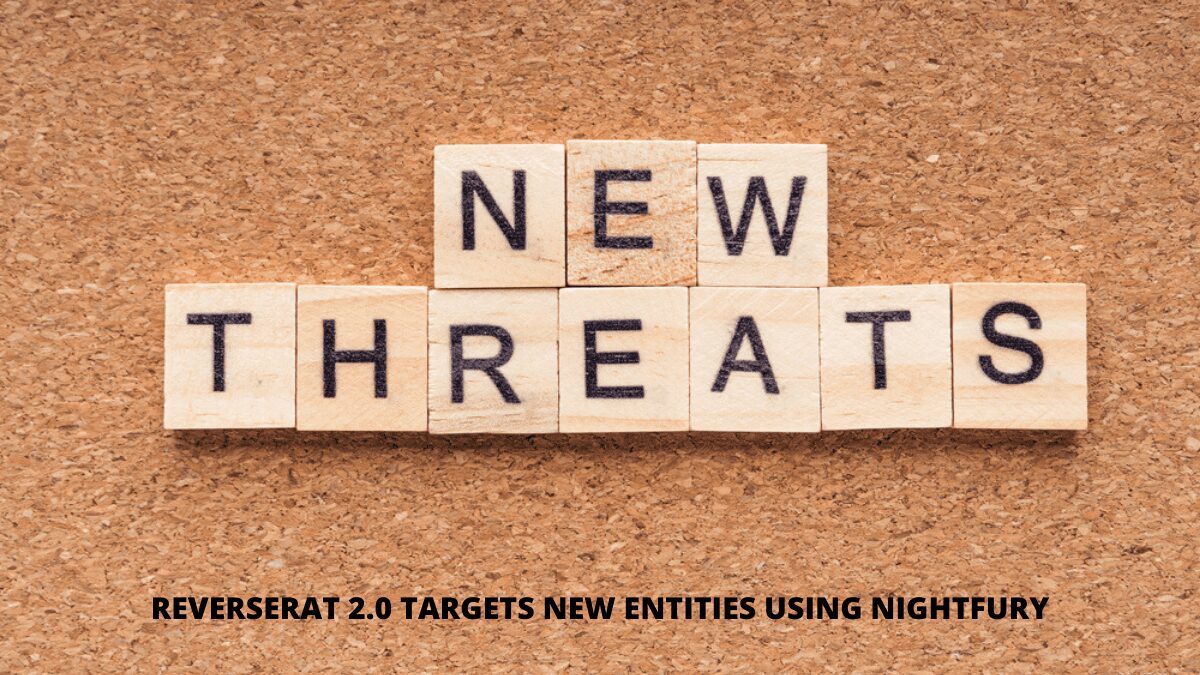 The remote access trojan ReverseRAT, which was being used in major attacks in Central and South Asia, has received upgrades. This new variant is named ReverseRAT 2.0 by Black Lotus Researchers. IT is used along with a new agent known as Nightfury.

ReverseRAT 2.0 varies from its previous versions in the following ways:

ReverseRAT 2.0 has targeted entities in Afghanistan, along with quite a few in Jordan, India, and Iran. The trojan collects data such as MAC address, information on the processor installed, physical memory available on the device, IP address, and computer name.

Even with ReverseRAT 2.0 being a threat, the previous version is also currently active. It is also being used in campaigns alongside its latest variant.

Recently, the Cisco Talos intelligence group has discovered that the SideCopy cyberespionage group has deployed a number of RATs. These include ReverseRAT, ActionRAT, MargulasRAT, and DetaRAT.

Pakistan-based hackers have infected Windows systems in government organizations using the ReverseRAT. These attacks were targeting government and energy entities in Central and South Asian areas. This incident was reported in June. The intrusion took place in January 2021, according to experts. This went undetected for six months.

What To Expect Next?

Experts say that the frequency of attacks will rise. The attacks will mostly target Central and South Asian governments and energy entities. Experts also point out, the attackers are working rigorously to avoid detection. The discovery of Nightfury and ReverseRAT 2.0 help second that statement. However, the attacks are carried out mostly via phishing emails. Thus organizations are urged to take appropriate countermeasures.