Ransomware Attacks and Response: What You Need to Know Now 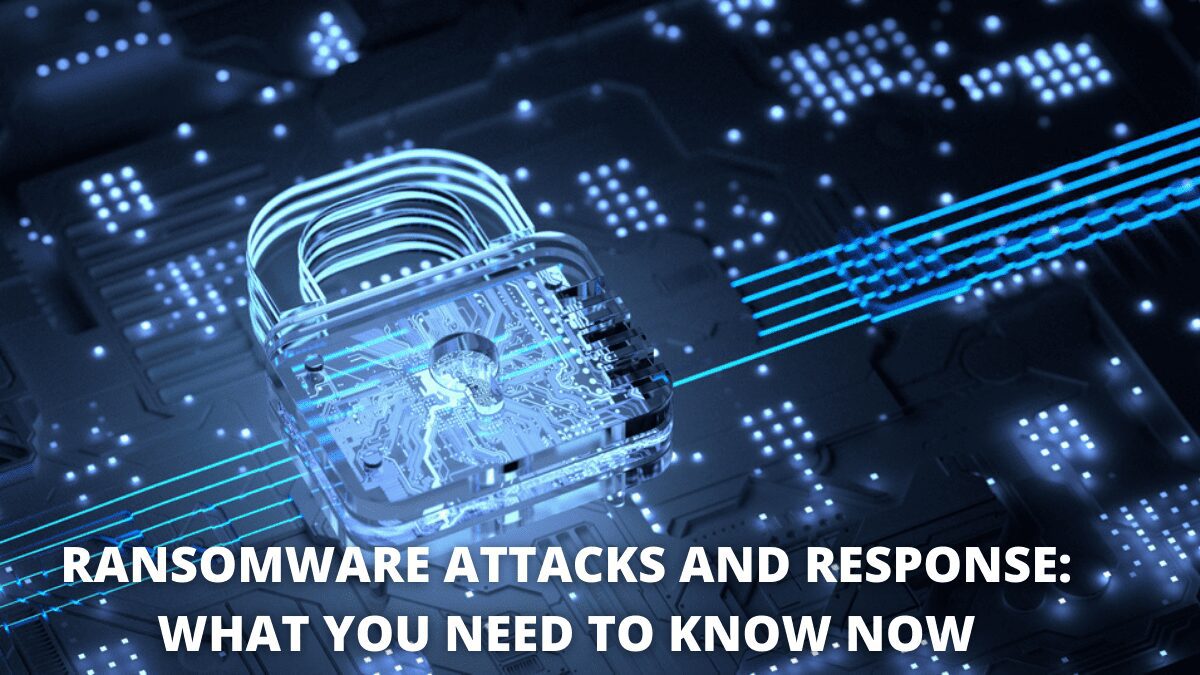 Ransomware is one of the most serious security issues on the internet, as well as one of the most serious kinds of criminality that businesses face today. Ransomware is a type of harmful software – malware – that encrypts data and documents on devices ranging from alone PC to a whole network, as well as servers. Victims are frequently left with limited options: pay a ransom to the criminals behind the ransomware to recover access to their encrypted network, restore from backups, or hope that a decryption key is publicly accessible. Alternatively, you may start fresh.

Some ransomware infestations begin with an employee clicking on what appears to be a benign attachment, which when opened downloads the malicious payload and encrypts the network.

Other, far larger ransomware operations employ software exploits and weaknesses, hacked passwords, as well as other flaws to gain entry to organizations through weak points like internet-facing servers or remote-desktop logins. The hackers will quietly search the network until they get possession of as much as possible — before encrypting whatever they can.

When essential information and papers, networks, or servers are suddenly encrypted and unavailable, it may be a nightmare for businesses of all kinds. Worse, if you are infected with file-encrypting ransomware, hackers will openly declare that they are keeping your company data hostage unless you pay the ransom to get everything back.

It may appear overly easy, but it is effective – to the point that the head of the UK spy agency GCHQ, Jeremy Fleming, has cautioned that the risk of ransomware is “growing at an alarming rate.”

How To Prevent Ransomware Attacks

With a significant number of ransomware attacks beginning with hackers trying to exploit insecure internet-facing ports as well as remote desktop protocols, one of the most important things an organization can do to avoid becoming a victim is to ensure that ports aren’t exposed to the internet unless absolutely necessary.

When remote ports are required, organizations should ensure that the login credentials have a complicated password to prevent hackers attempting to distribute ransomware from cracking basic passwords through brute force assaults. Applying two-factor verification to these profiles can also function as a deterrent to attackers since an alarm will be sent if unauthorized access is attempted.

Organizations should also ensure that their networks are patched with the most recent security upgrades because many types of ransomware – and other malware – propagate through the use of widely known vulnerabilities.

Despite the fact that a security patch to guard against EternalBlue, the vulnerability that fuelled WannaCry and NotPetya, has been available for more than three years, it is still one of the most prevalent vulnerabilities used to propagate attacks.

When it comes to preventing email-based assaults, you should teach personnel how to identify an incoming malware attack. Even little clues, such as poor formatting or the fact that an email purporting to be from ‘Microsoft Security’ is delivered from an obscure address that doesn’t even contain the word Microsoft, might spare your network from infection. The same security rules that defend you from malware assaults, in general, will help to keep ransomware from wreaking havoc on your business.

There’s definitely something to be said about allowing employees to learn from their errors in a safe setting. One company, for example, has created an interactive video experience that enables its employees to make judgments on a series of events and then learn the repercussions of those selections at the conclusion. This allows people to learn from their mistakes while avoiding the actual repercussions.

On a technical level, preventing employees from enabling macros is a significant step to ensure that they do not unintentionally launch a ransomware file. Both Microsoft Office 2016 and, more recently, Microsoft Office 2013 include capabilities that allow macros to be deactivated. Employers should, at the absolute least, invest in and keep antivirus software updated so that it can notify users about potentially harmful files. Another critical step is to back up crucial files and ensure that they cannot be damaged during an assault.