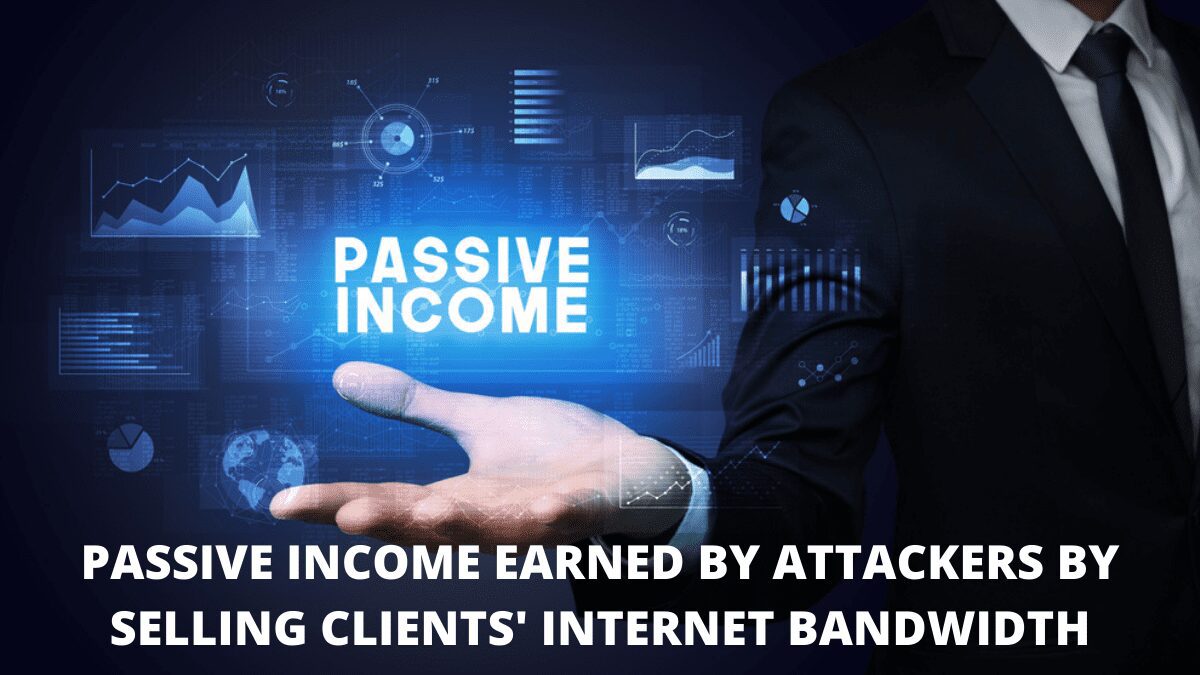 In order to make unlawful money, cybercriminals are actively targeting internet connections. According to cyber security experts, in the cybercrime environment, a strategy involving the misuse of proxyware is gaining momentum.

The threat actors are generating money illegally. They are already doing so by attacking internet-sharing through proxyware sites like Nanowire and Honeygain.

Commercializing additional bandwidth is indeed a tremendously profitable business strategy. It is lucrative for consumers. Also, it is gaining momentum among threat actors as well.

In a few cases, the threat actors may disable warnings on the client that might alert the victim.

Proxyware services might herald the emergence of a new danger category, akin to crypto-jacking. The danger allows the threat actors to take advantage of the extra capacity without leaving any evidence for victims. Furthermore, threat actors can simply prey on legitimate users who are eager to donate their resources via proxyware services without generating any concerns.