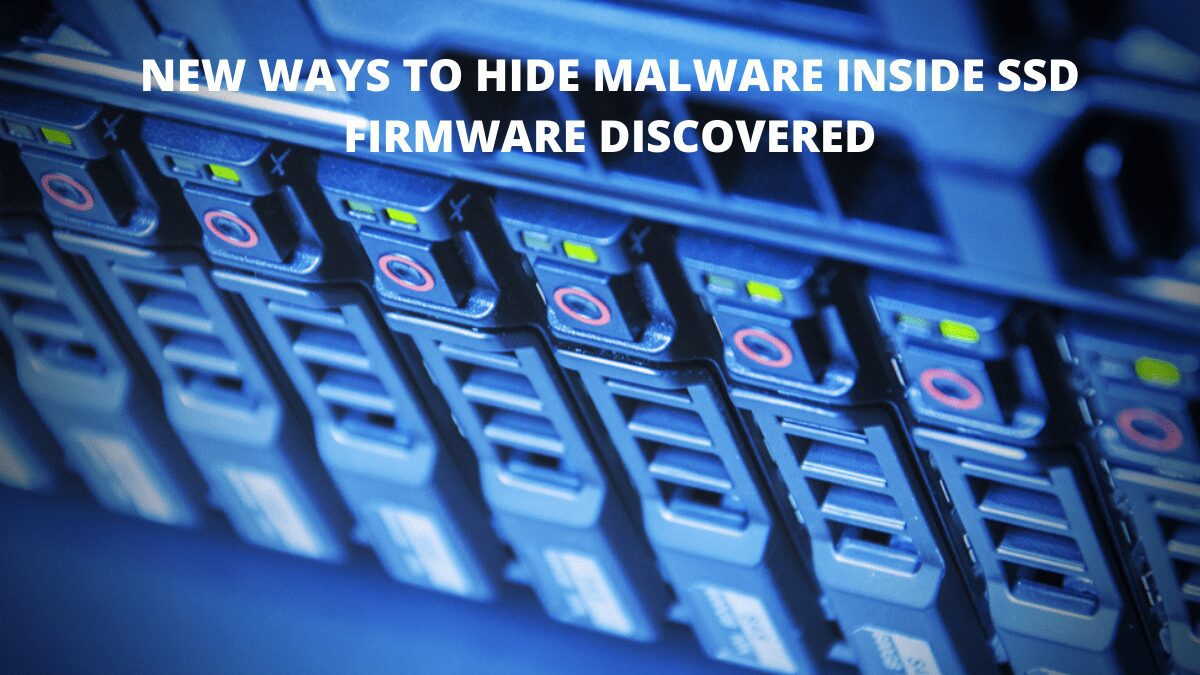 Korean researchers have developed a set of assaults against some solid-state discs (SSDs) that could allow malware to be planted at a position beyond the user’s and security solutions’ reach.

The attack models are designed for drives with flex capacity characteristics and target a hidden section on the device known as over-provisioning, which is extensively used by SSD manufacturers these days for performance improvement on NAND flash-based storage systems.

Attacks on the hardware level are the most persistent and stealthy. In the past, sophisticated actors worked hard to apply similar concepts against HDDs, concealing dangerous code in inaccessible drive sectors.

The scenario of the second assault

This attack is described as follows in the paper:

At the moment, the virus code is stored in SSD2’s secret section. By resizing the OP region, a hacker who gains access to the SSD can activate the embedded malware code at any moment. Because normal users have 100 percent user area on the channel, such malicious hacking behaviour will be difficult to identify.

How does flex capacity works?

Over-provisioning is a dynamic system that produces and changes a buffer of space that normally takes between 7% and 25% of the total disc capacity.

The operating system and any applications running on it, including security solutions and anti-virus tools, are unaware of the over-provisioning area.

The SSD manager dynamically adjusts this space against the workloads as the user opens different applications, depending on how write-intensive or read-intensive they are.

Flex capacity is a feature in SSDs that allows storage devices to automatically alter the sizes of raw and user-allocated space to improve write workload efficiency.

SSD makers should clean their OP region using a pseudo-erase algorithm without compromising performance to protect against the first assault.

The recommended countermeasure for the second assault is to install valid-invalid data rate monitoring devices that monitor the ratio in SSDs in real time.

This can alert the user if the invalid data ratio unexpectedly rises, and it can erase data in the OP region in a verifiable manner.

The researchers propose that SSD manufacturers wipe the OP area with a pseudo-erase method that has no effect on real-time performance as a defence against the first sort of assault.

Implementing valid-invalid data rate monitoring systems that monitor the ratio inside SSDs in real-time could be an effective security measure against injecting malware in the OP area for the second type of attack.

The user may receive a warning and the choice of a verifiable data-wiping function in the OP space if the invalid data ratio suddenly grows significantly.

Finally, there should be strong protections against unwanted access to the SSD management app.

“Even if you’re not a malevolent hacker, a misinformed employee can simply liberate secret information and expose it at any time by using the OP area variable firmware/software,” the researchers write.

While the research shows that the OP area on Micron SSDs can be exploited to house malware, such attacks are unlikely to occur in the wild at this time.