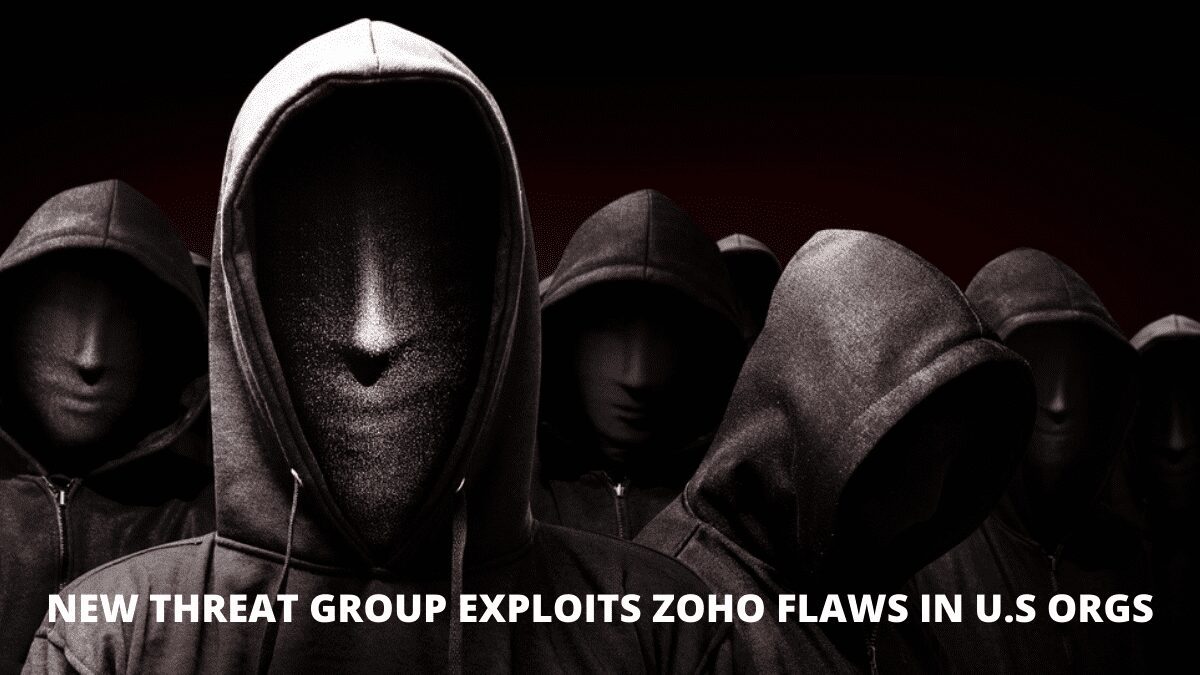 Hackers are attempting to take advantage of a recently patched serious vulnerability in Zoho’s ManageEngine ADSelfService Plus, which might allow them to execute code remotely. CISA had previously issued a warning about advanced persistent threat (APT) actors exploiting the vulnerabilities.

At least nine businesses from various industries were targeted, including defence, energy, technology, healthcare, and education.

The attackers used malicious tools to harvest credentials and collect sensitive information through a backdoor.

The exploited bug, which has been assigned the number CVE-2021-40539, allows thieves to roam laterally around the network for post-exploitation actions.

The attackers are thought to have attacked 370 Zoho ManageEngine servers in the United States alone.

The attackers employed the Godzilla webshell, which they uploaded to the targeted site in different variants.

Initial successful exploitation efforts included the installation of Godzilla, a Chinese-language JSP web shell, and the infection of chosen victims with NGLite, a bespoke and open-source Trojan.

NGLite and KdcSponge, for example, were previously unidentified tools with distinctive properties utilised by the attackers.

NGLite is a blockchain-based cross-platform remote control application that is anonymous. For anonymity, it leverages a New Kind of Network (NKN) infrastructure during C2 conversations.

The attacker can use the toolset to run instructions and travel about the network, all while sending files of interest.

KdcSponge is used by the attackers to obtain credentials from domain controllers.

Although analysts were unable to definitively link this effort to any one threat organisation, correlations in tactics and tooling with Emissary Panda were detected.

Microsoft followed the same effort separately and related it to an emerging threat known as DEV-0322. DEV-0322 is based in China and has previously taken use of a zero-day vulnerability in SolarWinds Serv-U.

The business responded to the vulnerability exploitation attempts by saying: “In ManageEngine’s ADSelfService Plus, we fixed an authentication bypass vulnerability. The flaw affects REST API URLs, and it could lead to Remote Code Execution. We patched the problem and alerted all of our clients. They must update to the current version of the programme (build 6114) as soon as feasible. A public notice has been issued, outlining the steps customers should take if they are affected. Please see this website for more information. We’re also taking steps to put the lessons learned from this incident into practise and to install additional security controls where they’re needed.”