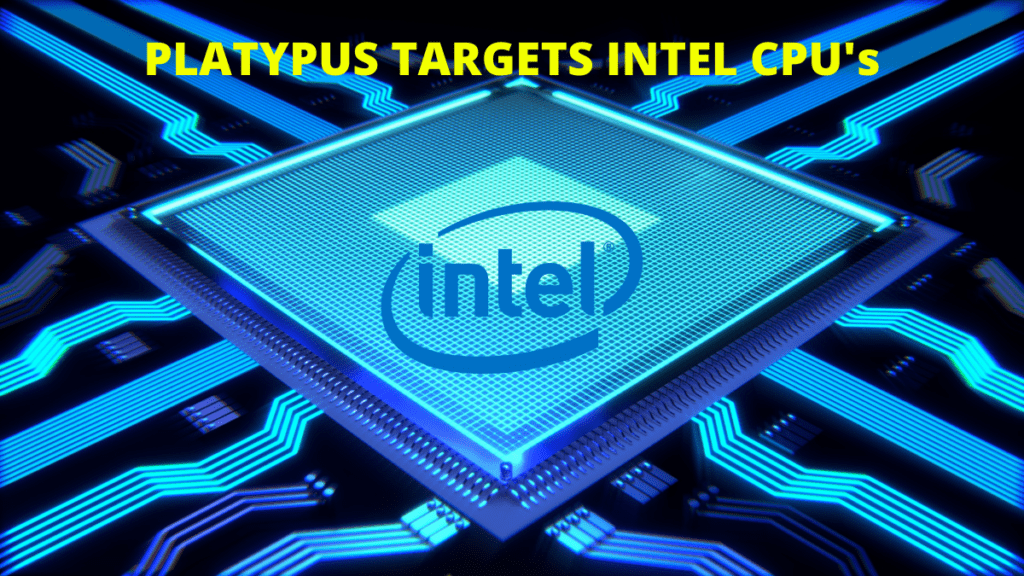 Researchers disclosed that a new attack method named Platypus targets the RAPL interface of Intel processors. Platypus is actually the acronym for “Power Leakage Attacks: Targeting Your Protected User Secrets” while RAPL stands for Running Average Power Limit. RAPL is a component that allows software or firmware applications to monitor power consumption in the CPU and DRAM. RAPL, which effectively allows firmware and software apps to read how much electrical power a CPU is pulling in to perform its tasks, is a system that has been used for years to track and debug application and hardware performance.

Academics from the Graz University of Technology, the University of Birmingham, and the CISPA Helmholtz Center for Information Security have revealed in a report, that one may use a Platypus attack to determine what data is being processed inside a CPU by looking at values reported via the RAPL interface.

The power consumption of the CPU can be used to distinguish different instructions and attackers may get a clear idea about the data loaded in the CPU. The loaded data may include encryption keys, sensitive documents, passwords, or other types of information. Researchers said that though this kind of data is normally protected by several security systems like kernel address space layout randomization (KASLR) or hardware-isolated trusted execution environments (TEEs), like Intel SGX yet an attacker may bypass all these security systems with the help of Platypus by looking at variations in power consumption values.

In tests, researchers said they bypassed KASLR by observing RAPL power consumption values for only 20 seconds, and then they retrieved data from the Linux kernel. In another test, they also retrieved data that was being processed inside Intel SGX secure enclaves.