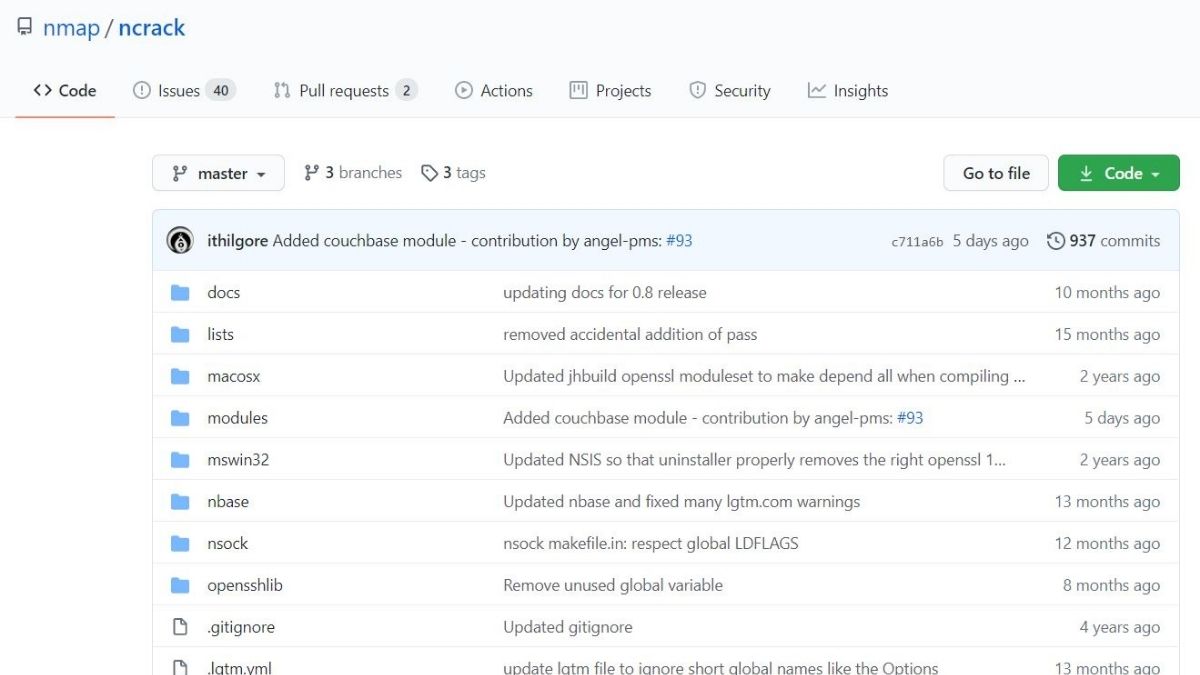 Ncrack is a high-speed network authentication cracking tool. It was built to help companies secure their networks by proactively testing all their hosts and networking devices for poor passwords. Security professionals also rely on Ncrack when auditing their clients. Ncrack was designed using a modular approach, a command-line syntax similar to Nmap and a dynamic engine that can adapt its behaviour based on network feedback. It allows for rapid, yet reliable large-scale auditing of multiple hosts.