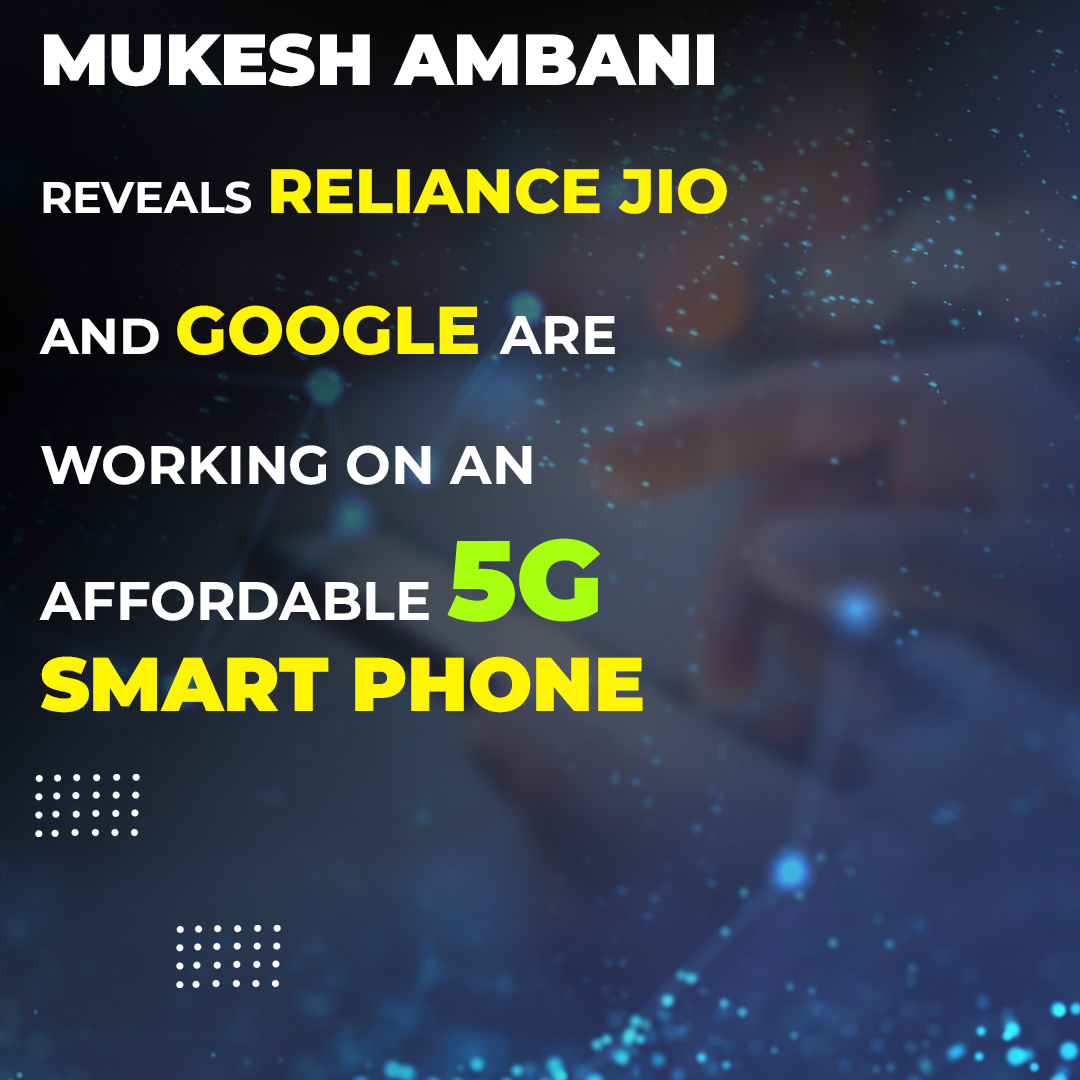 A 5G network will be rolled out in the entire country by Diwali this year, according to Reliance Jio. A cost-effective 5G smartphone is being developed in collaboration with Google. The corporation might benefit if Chinese companies are barred from selling low-cost smartphones in India.

There have been rumors over the past few weeks that the government intends to bar Chinese manufacturers from the low-cost smartphone market. This is purportedly done to support indigenous businesses since Chinese firms now control the majority of the Indian smartphone market.

Since Chinese smartphone manufacturers hold around 80% of the market share in the budget segment, experts are skeptical that this will be advantageous and think domestic companies might not be able to fill the hole created by the Chinese smartphone producers.

According to Reliance Jio, 5G services will start operating in India this Diwali, beginning in major cities including Delhi, Mumbai, Kolkata, and Chennai.

Reliance Jio may profit from this as domestic companies might not be able to match demand if Chinese companies are prohibited from the affordable smartphone market.

Reliance Jio has a solid track record of producing inexpensive cellphones. The company’s Lyf brand, which held the fifth spot in the Indian smartphone market in Q1 2017, had a market share of almost 7%.

According to a Counterpoint analysis, the company’s inexpensive JioPhone grew to be one of the most well-liked entry-level smartphones in the nation during 2018 and held over 35% of the feature phone market share in Q1.

Experts think that a ban in India may be advantageous for Jio. Chinese players will play cautiously in the sub-12,000 area unless there is a certainty. Jio has an advantage, but making 5G available for less than $12,000 is equally difficult, according to Tarun Pathak, research director at Counterpoint Research.

Budget of this 5G smartphones

At the annual general meeting, Reliance Industries Limited (RIL) Chief Executive Officer Mukesh Ambani stated that Jio Platforms and Google will work together to develop a new Android-based smartphone platform. The two industry titans would work together to optimize the Android operating system and create an entry-level, inexpensive smartphone. To help Jio build 5G technology, Google also disclosed that it would spend Rs 33,737 crores on Jio. We don’t know the price of the next Google or Jio gadget yet, but we predict it will be around 12k INR. In addition to this anticipated cost, however, there is also potential for higher prices in future days as more information becomes available on their new smartphone!

Understandably, the news sent stocks into a tizzy with investors hopeful that India’s largest business conglomerate will be able to catch up in terms of innovation and technology.

The Chairman of Reliance Industries Ltd chairman Mukesh Ambani announced at this year’s AGM that the Jio team is working alongside Google on developing their next generation 5G smartphone which could potentially change everything we know about network performance! Last year, Reliance Jio launched the world’s cheapest smartphone co-developed by Google. The USP of this phone was an app store with over 2200 apps and language translation capabilities that came at no cost to users whatsoever!

In partnership once again (and thanks largely due), Ambani’s company will be creating 5G capable Android devices which can provide ultra-affordable access to next-generation internet technology – all without sacrificing quality or speed like other networks do today.

What Mukesh Ambani has to say about Cloud Computing?

Mukesh Ambani, the billionaire founder and CEO of Jio Ltd., has announced that they are working with Google to develop an ultra-affordable 5G smartphone for India. The partnership will leverage their capabilities in Cloud computing as well expand upon other solutions like telecom networks which can now be improved thanks to maturing technologies like AI or AR (augmented reality). We’re excited about what this means not only domestically but globally too!

The wait for the 5G JioPhone may be a long one. Some reports say Reliance plans to release it by 2022, but there has been no official word from them as of now about when this new phone will come out in India and other countries where they’re Available!

The business also disclosed that it will collaborate with Meta (formerly known as Facebook), Microsoft’s Azure (cloud storage service provider), Intel, and Qualcomm to enhance 5G services, AI, and associated technology to aid small and medium-sized businesses in growing their operations.

With Jio’s help, Meta will be able to develop new innovative technologies for immersive augmented reality and bring those benefits to everyone. “We believe India’s vibrant digital ecosystem can play a critical role in shaping the metaverse,” said Ambani.

I am very excited about this partnership because it allows me to see my children playing games without being stuck at home on the computer or phone screen!

JioMart, the company’s retail division, is collaborating with WhatsApp, run by Meta, to enhance the purchasing experience on the latter’s platform. “We are eager to begin our collaboration with JioMart in India. People may now purchase groceries from JioMart directly in a chat, marking our first-ever end-to-end buying experience on WhatsApp. Business messaging is gaining significant traction, and in the next years, chat-based interactions like these will predominate in how people and organizations communicate “said Meta’s founder and CEO, Mark Zuckerberg. For more such updates read here. Also read our blogs: Mukesh Ambani is all set to do a ‘Jio’ with green energy,  Chinese smartphones continue to lead the market share despite crackdown by the Indian government