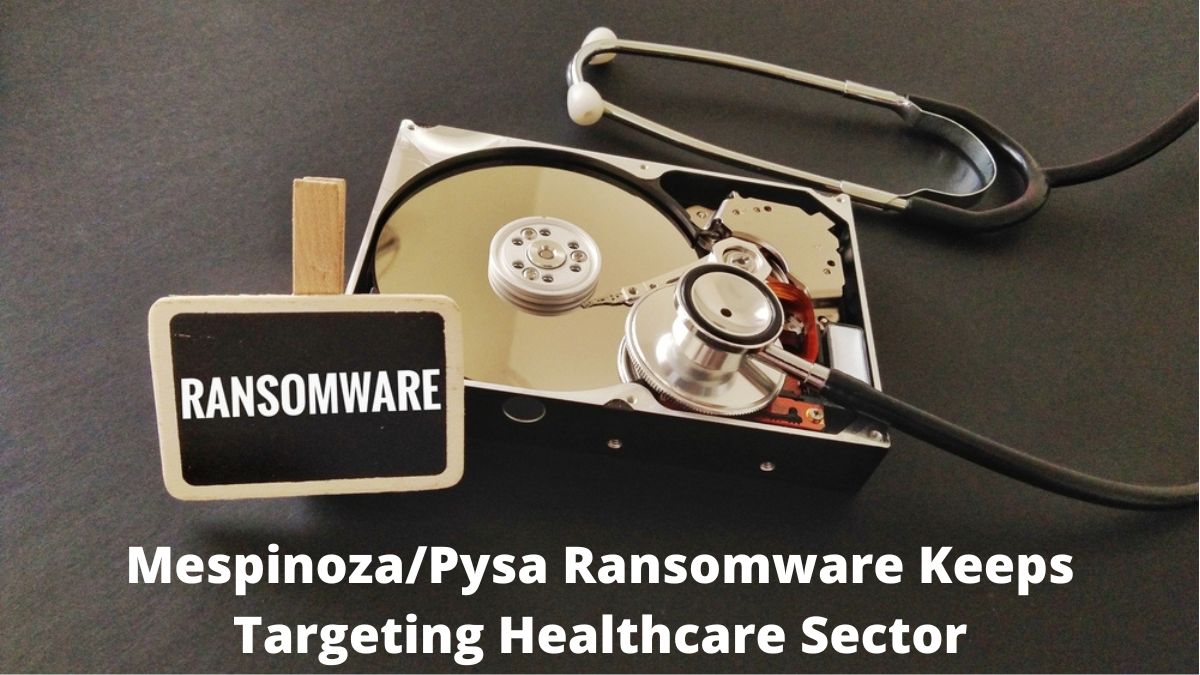 The HHS has issued a notice about ongoing Mespinoza ransomware assaults on healthcare systems. Pysa is a well-known new ransomware variant from the Mespinoza family.

Healthcare in the United States is on Target

Pysa was formerly listed as one of the top 10 ransomware risks to healthcare by the HHS.

Attacks have been reported in the utilities, education, and commercial services sectors in the United States, making it one of the most targeted regions. In the previous two years, however, the assailants have mostly attacked the public health and hospital sectors.

Advanced Port Scanner, ADRecon, Mimikatz, PEASS, PowerShell Empire, and DNSGo RAT are among the tools used by the gang, which is financially motivated.

Mespinoza, according to the results, runs Pysa Partners’ data leak site, which specialises in data extortion for ransom demands.

Attacks on the industry that have been notable

Pysa had already targeted 190 victims as of November 2021, six of whom were in the healthcare industry.

During the pandemic, the threat actor launched some of the most significant attacks against healthcare targets, including Piedmont Orthopedics/OrthoAtlanta, Assured Imaging, and Nonin Medical.

Multiple zip files purporting to be taken from Woodholme Gastroenterology Associates, Spartanburg & Pelham OB-GYN, and One Community Health were included in a recent Pysa breach.

Pysa begins its attack by creating a mutual object exclusion, which it performs “for the same purpose normal apps do – to ensure two processes or threads don’t attempt to write to the same memory location at the same time,” according to the HHS advisory.

Pysa, like other sophisticated threats, is known to use the GetLogicalDriveStringsW, GetDriveTypeW, and CreateThread APIs to perform basic reconnaissance functions on the victim’s discs.

Pysa is known to use remote desktop protocol, PowerShell Empire, and Kodiac for its C2 connections, therefore healthcare companies should investigate the alert for deep-dive insights into the IOCs and attack methodologies to check their systems for significant vulnerabilities.

Furthermore, Pysa’s basic attack methods aren’t too different from those used by previous ransomware strains. Rather, the aggressive nature of the attack flow is a source of concern. As a result, healthcare providers can bolster their defences by relying on previously offered ransomware intelligence.

The Office for Civil Rights at the Department of Health and Human Services previously issued recommendations for highly targeted ransomware attacks, and Mitre maintains a ransomware reference website dedicated to the healthcare industry.

The HHS alert also emphasises the need of implementing defense-in-depth strategies, a strong vulnerability management programme, and the concept of least privilege, as well as relying on several layers of filtering and threat detection software.

“In accordance with the organisational risk management plan, an effort should be made to continuously acquire and deploy indicators of compromise.” It’s worth mentioning that the infrastructure that comes with it is important.

Cybercriminals frequently leave IoCs after they become public, but they can be reused over time,” HHS concluded.

A research report published three weeks ago demonstrated a substantial increase in the group’s use of double extortion techniques. It has been eyeing the education industry in addition to healthcare. For better network protection, these sectors must comprehend the value of a defense-in-depth strategy, vulnerability management programmes, and the least-privilege concept.