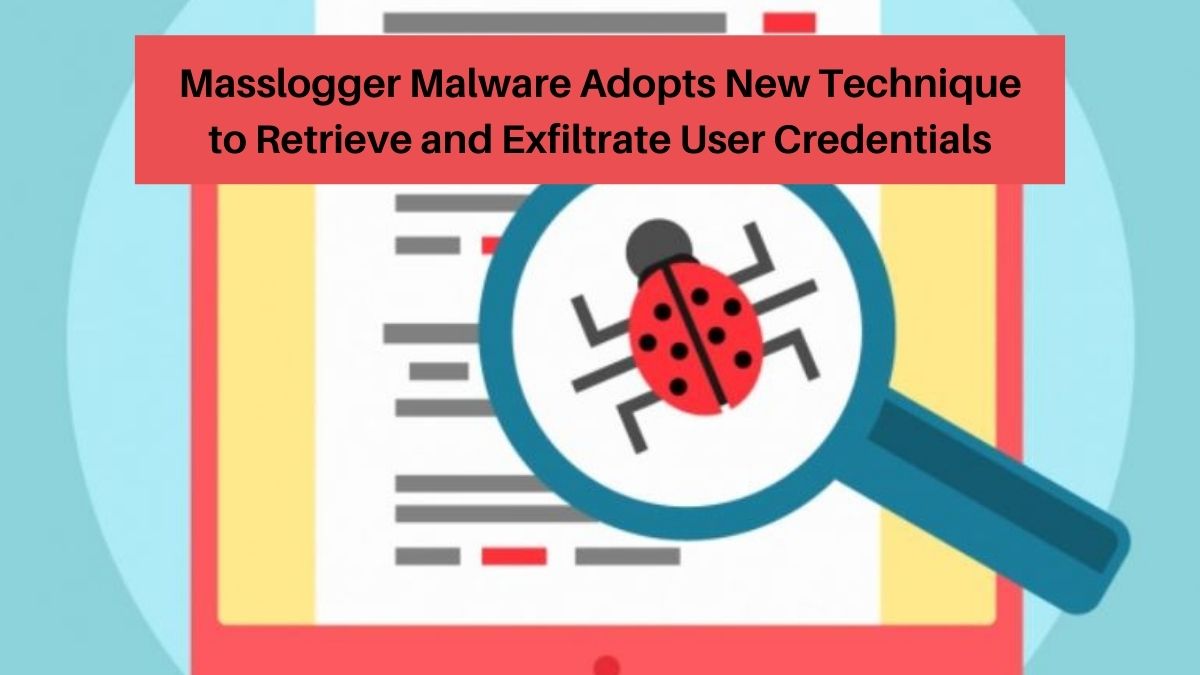 Day by day, cybercriminals are launching new advanced tactics for nefarious activities. One such move has been made by the Masslogger trojan recently. Security researchers have discovered an attack campaign utilizing a new Masslogger variant to retrieve and exfiltrate user credentials from several sources, such as Microsoft Outlook, Google Chrome, and instant messengers.

The attackers are mostly targeting Windows systems and users in Italy, Latvia, and Turkey since at least mid-January. Initially the users receive a phishing email which further carries them through to the final payload. The emails used legitimate-looking subject lines related to business with malicious RAR file attachments, with lightly obfuscated JavaScript code to confuse the recipients. Apart from the initial mail attachments, all stages of the attacks are file-less. The campaign has been observed disguising its malicious RAR files as Compiled HTML (CHM) files, which are used to start the infection chain. The CHM files are more likely used to evade or bypass content filters or blockers.

Fileless malware-related technology and multi-modular approach by Masslogger Trojan indicates the continuous advancement of Masslogger operators. Hence experts consider the Trojan to be a serious threat in near future and recommended the organizations to build proper security infrastructure to cope up with such evolving threats.