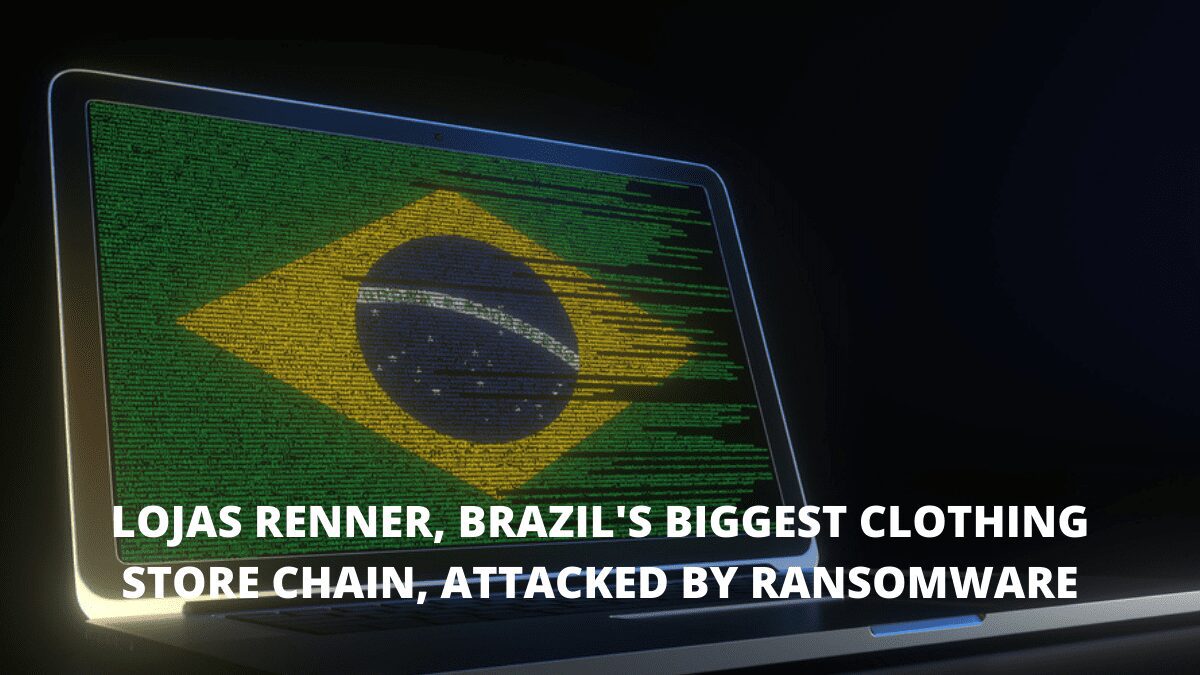 Lojas Renner, Brazil’s largest apparel department store chain, reported it was hit by ransomware. This attack disrupted its IT infrastructure and made several of its services unavailable, including its main webshop.

Several Brazilian news sources and bloggers exaggerated the incident. They stated that the firm had to close all of its physical locations across the nation due to the attack.

Renner executives submitted a second paper to refute these concerns and reassure shareholders. The assault solely affected its e-commerce section, the firm reassured.

The ransomware assault on Renner’s infrastructure was allegedly carried out by the RansomExx gang. They got access to Renner systems through Tivit, a prominent Brazilian IT and digital services provider, according to one Brazilian site.

Despite admitting to being hacked, Renner officials minimized the significance of the assault, claiming that their core database was unharmed and unencrypted during the attack.

It’s unknown if the invaders were able to take data from the compromised servers, which were most likely used to hold information on the company’s e-commerce businesses.

If the RansomExx gang is proved to be responsible for the hack, it’s quite probable that they took Renner data before encrypting it, as is their usual practice. Presently, the RansomExx group is one of several ransomware groups renowned for operating a dark web “leak site,” in which they expose data taken from organizations who fail to pay their ransom demand.

Renner allegedly paid the hackers $20 million, according to an unverified report quoting “unofficial sources.” This is yet to be confirmed since a Renner spokesman has yet to respond to a request for comment.

Lojas Renner, in any case, would be able to pay such a large ransom without a problem. Lojas Renner is now one of the largest enterprises in South America, with over 600 outlets under the Renner, Ashua, Youcom, and Camicado brands spread over three countries.