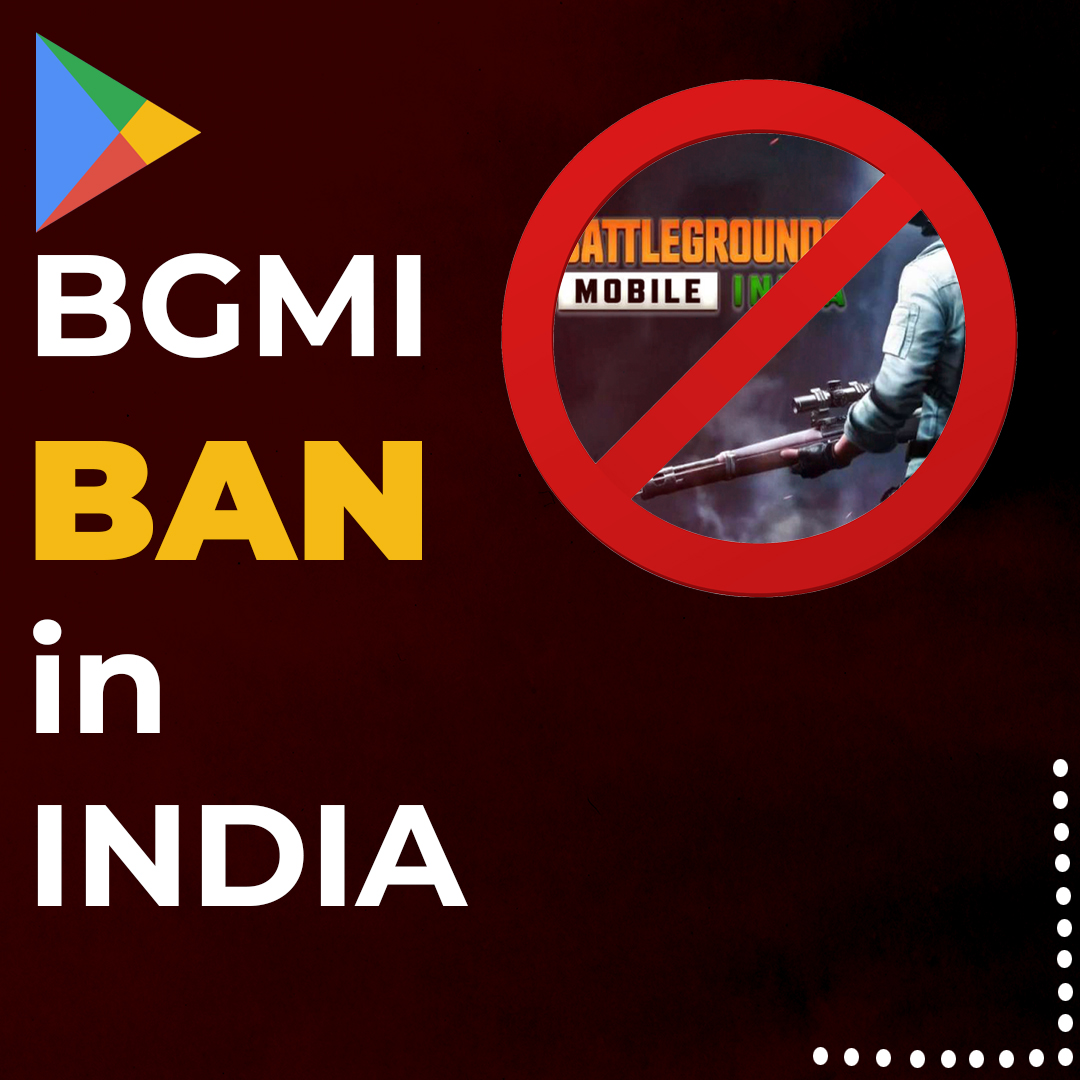 Battlegrounds Mobile India, popularly known as BGMI, came into India after PUBG Mobile was banned along with several Chinese apps. BGMI is now banned only a year after its launch in the country.

The Battlegrounds Mobile India (BGMI) game was delisted from Apple App Store and Google Play Store. This has resulted in a massive storm on social media since the game has a large fan base. Currently, there are 100+ million users in India registered with BGMI.

The Official Confirmation of the Ban

Is BGMI getting banned? While this is the question on fans’ lips, Apple and Google have confirmed that they have delisted the game from their app store after an Indian government order.

A Google spokesperson said that after they received the order from the Indian Government, they notified the game’s developer and blocked access to the app on the play store in India.

Why is BGMI banned again?

Though the Indian Government did not reveal why they have banned BGMI, a Reuters report says that BGMI is officially banned in India under section 69A of the IT Act. The same provisions were used to ban PUBG Mobile. Section 69A of the Income Tax Act in India empowers the Indian Government to block public access to apps and websites that have the potential to harm the national interest.

BGMI was criticized before its release as they were found sharing data with Servers in China. The South Korean game maker Krafton acknowledged that they were aware of the issue and were working on it for resolution.

Tencent Holdings Ltd, the tech giant from China, has a 13.5 percent stake in the company. It was also the developer of PUBG Mobile, which was first released in China.

Is it possible to still play BGMI after the ban in India?

It may not be possible for new users to play the BGMI as they have been delisted from Apple and Google Play stores. Users who have already downloaded the BGMI app can continue playing the game. Several users have complained about server issues, but mostly it appears that the game is working fine. One can play the game as long as the servers are live. Krafton is trying to resolve this problem with the Indian Government, and after that, it will be possible to continue playing the BGMI game in India.

Players who have installed the BGMI on their Android or Apple devices can play on them smoothly as non-of the features have been affected. There is no clarity about the legal position of users who continue to play the game even after the ban.

What are the chances of BGMI getting unbanned?

There is presently no clarity about the ban, and Government has released no official statement. Will BGMI be unbanned? As of now, it is difficult to tell whether the ban is a temporary suspension or permanent to ensure compliance with Indian laws. However, if one can recollect, the ban on PUBG Mobile happed in 2020, and to date, the Indian Government has not revoked it. The fact that it has forced Apple and google to take down the game from its store means it considers BGMI as some form of cyber threat.

The eSports Scene in India

BGMI game was fast emerging as a popular eSports game after it clocked 100+ million players in India. Suddenly it disappeared from Apple and Google App Store, shocking the fans. Groups such as Red Bull, Elo Sports, and Godwin conducted tournaments with huge rewards.

What was the background to this banning move?

India and China have of late been having border skirmishes. There have been skirmishes and tensions with claims of China entering the Indian Territory. India retaliated earlier by banning Chinese apps, including the popular Tik-Tock video app.

A not-for-profit organization, Prahar, and a cultural and political organization Swadeshi Jagran Manch were repeatedly asking the Indian Government to investigate China’s influence on the BGMI game. According to Abhay Mishra, the president of Prahar, the Swadeshi Jagran Manch is a wing of the RSS – Rashtriya Swayamsevak Sangh. This organization is a dominant nationalist and influential Hindu outfit close to the Prime Minister of India.

The Former mane PUBG Mobile – Player Unknown Battleground app was banned along with 177 Chinese apps by the Indian Government, citing concerns of National Security. BGMI is a tweaked version of PUBG that has attracted attention. The statement said that BGMI has engaged in activities that were detrimental to the integrity and sovereignty of India, and it is also prejudicial to the country’s defense, security, and public order.

BGMI’s graphics and gameplay are similar to PUBG Mobile, and it is different run-on servers. BGMI Developer, Krafton Inc, the South Korean parent company, said it was cutting ties with its publishing partner Tencent Holding. It has announced an investment in the Indian gaming ecosystem of $100 million. The South Korean parent company of PUBG had invested $22.4 million in March 2021 in Godwin Gaming and an Indian eSports company. Now, the parent company is following up on its pledge to invest in India.

A news channel, News18, cited a senior Indian Government official saying that the BGMI App was found to communicate directly and indirectly with servers in China. The analysis also revealed that the BGMI Application had malicious code. The code could acquire several critical permissions, which could then be used to penetrate vital networks. This would have resulted in user data getting breached and compromised and used in spy surveillance through a microphone or camera for location tracking and other malicious activities in the network.

Why was BGMI deleted from the Apple App Store and Google Play?

Despite the fact that much of the discussion surrounding the removal of the well-known game BGMI from the Google Play Store and App Store is based on conjecture, a recent report from News18 suggests that the removal was brought about by a letter the MHA sent to the Ministry of Electronics and Information Technology (MeitY) (Ministry of Home Affairs).

According to a Reuters report, both BGMI and PUBG Mobile have been prohibited by Section 69A of the Information Technology Act. The statute gives the government the authority to censor any information for the sake of “national sovereignty and integrity.”

When the game was first released, this accusation was one of the main things that politicians in the Indian government were worried about.

There is no confusion that to do business in India, BGMI has to comply with local laws. However, what is surprising is that Krafton knew that would be an issue later. It could also be why it chose to release the BGMI game as an APK file on the official BGMI website. If any user thinks they can download the BGMI game from the APK file now, it is late as the company has taken it down. However, one can get it from the source APK website.

The good news for BGMI fans is that Krafton has not given up hopes and withdrawing from the Indian market. They want to stay in India and follow the country’s local laws. Even after PUBG Mobile was banned in 2020 in the country, Krafton re-entered India within ten months and re-entered the Indian gaming market with its new version BGMI.

This time also, Krafton continues to assure Indian gamers. In an official statement, it asks its users to be patient and wait as the company informs them about any updates. The company informed it was committed to the Indian market and is positive about its prospects in India. It wants to strengthen its partnership in India and is equally concerned about the privacy and security of data of users.