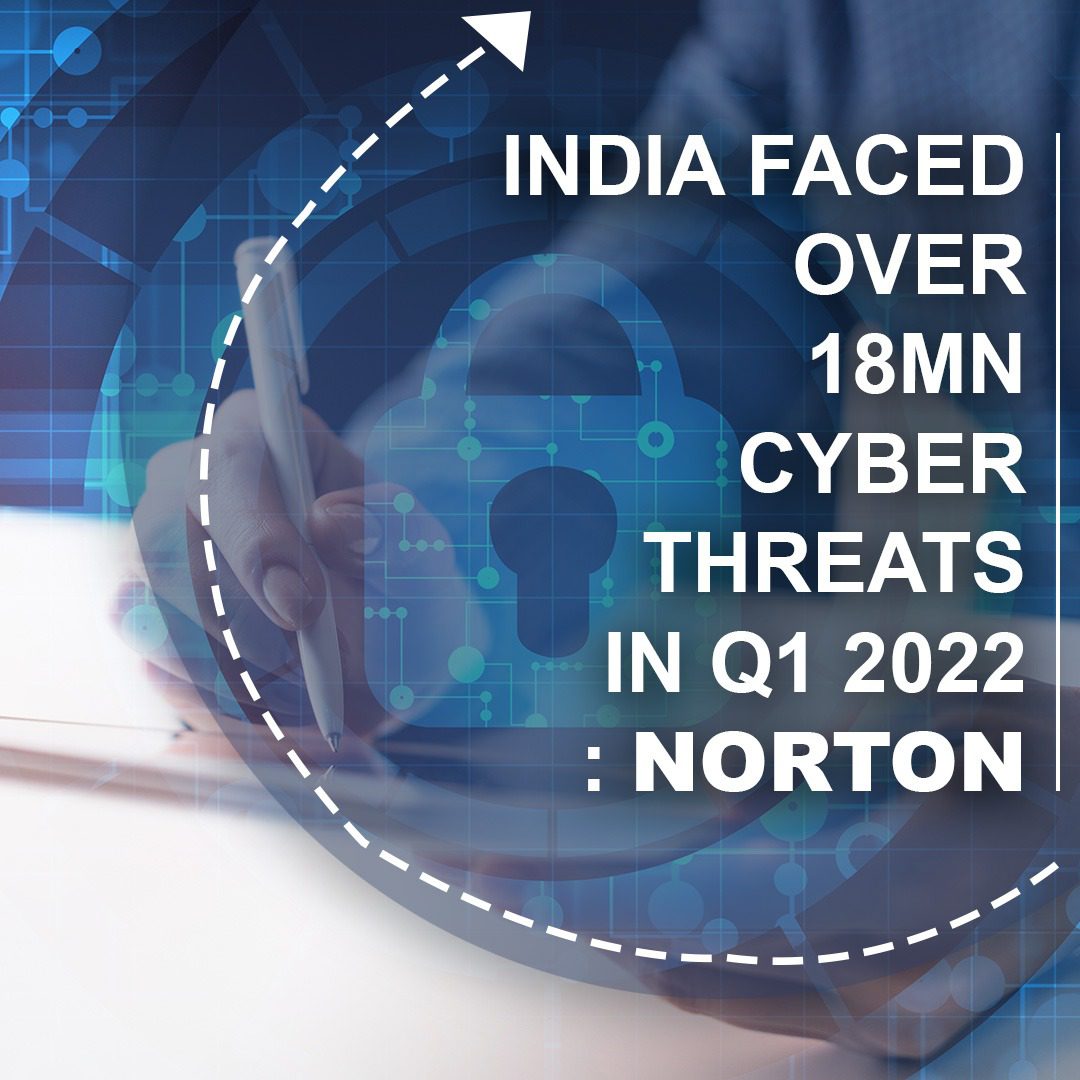 According to Norton, a US-based cyber security organisation, India experienced over 18 million cyber assaults and threats in the first three months of 2022, with an average of roughly 200,000 threats every day. According to the company’s Cyber Safety Pulse Report, approximately 60,000 phishing attempts were detected during the quarter, as well as over 30,000 tech support frauds.

During this quarter, deepfakes and cryptocurrency-related frauds were among the most common throughout the world, according to the business. Attackers even used a combination of approaches to create misinformation relating to the ongoing Russia-Ukraine issue – and then used this trap to solicit donations in crypto tokens to wallets.

Crypto frauds are also projected to increase this year, according to Norton, with over $29 million stolen in just Bitcoin hacks last year. Norton reported over 1 billion cyber threats throughout the world in Q1 2022, with over 11 million assaults every day on average. In this quarter, there were nearly 16 million phishing threats all across the world.

The worldwide cyber security landscape has seen an increase in the number of threats, with several cyber attackers, including state-backed hackers, ratcheting up their targeted efforts in the wake of the Ukraine-Russia war. According to a report released in April 2022 by Russian cyber security firm Kaspersky, distributed denial of service (DDoS) attacks, or cyber breaches that use a large volume of server information requests to take down an online service, increased by nearly 4.6x year over year in this quarter around the world.

Other risks have increased correspondingly over the world, according to a research released in March 2022 by US-based cloud security firm Zscaler, which identified an increase in the usage of banking trojan tool DanaBot to distribute malware across machines.

“Cyber criminals are masters at profiting from deception,” said Darren Shou, head of technology for cyber security service NortonLifeLock, when speaking about the cyber threat landscape in the previous quarter. “It’s crucial for consumers to be aware of the latest scams and to critically analyse anything suspicious they encounter on the internet, whether on social media or in their inbox.”