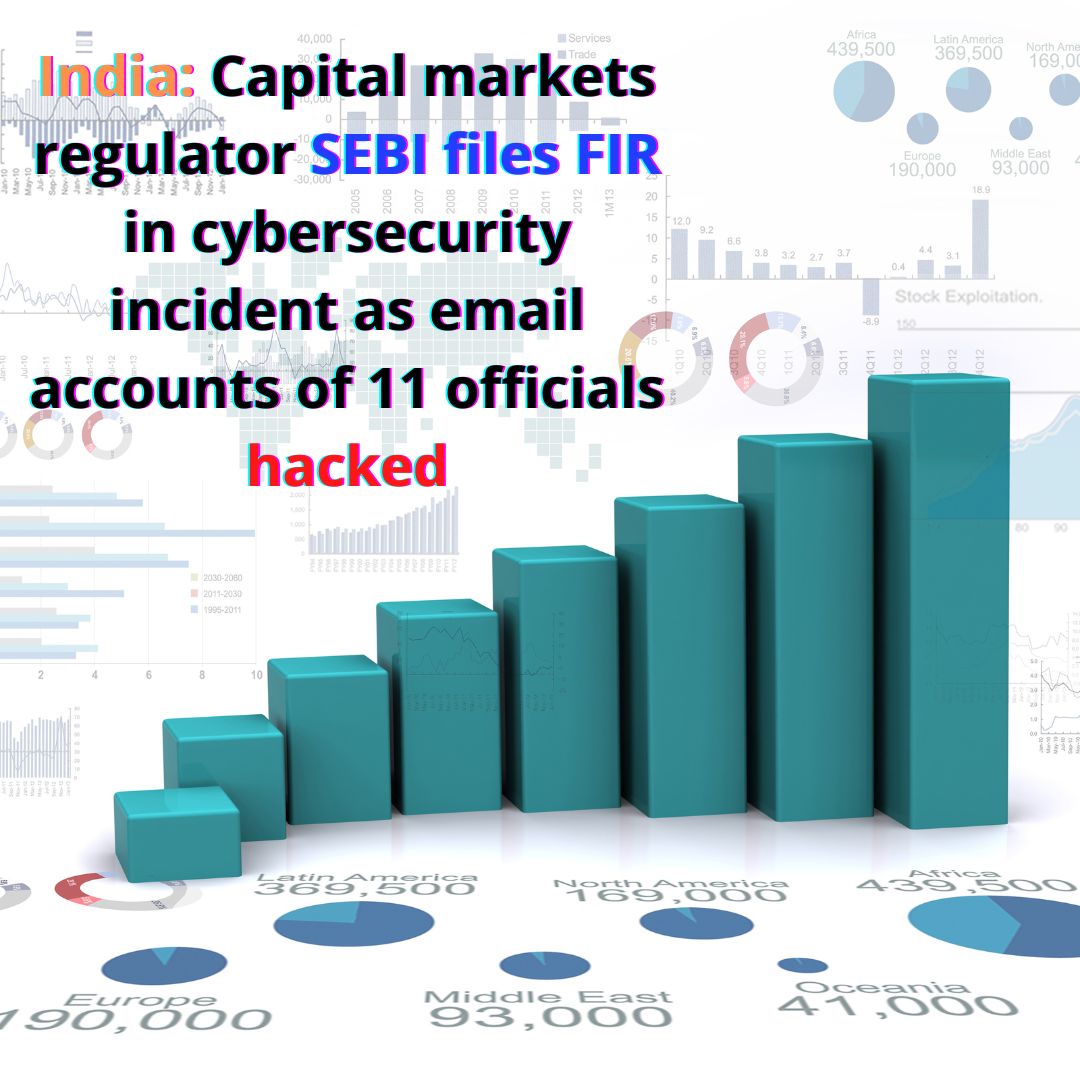 On Saturday, the Securities and Exchange Board of India (Sebi) said that it had reported a cyber security problem that it had discovered on its email system. The financial markets regulator did emphasise, though, that no sensitive information was taken.

The Securities and Exchange Board of India (Sebiemail )’s system was recently the target of a cyber security incident, the regulator stated in a statement. As a result, a FIR (First Information Report) has been filed in accordance with the applicable legal procedures.

Sebi also stated that a number of urgent mitigating steps had been taken in response to the cyber security event, including, among other things, notifying CERT-IN in accordance with standard operating procedure and tightening the system’s necessary security settings. Notably, CERT-In serves as the national nodal organisation for reacting to issues involving computer security as they arise.

“It was just a little thing. CERT-IN is completely informed. No private information was lost. The root cause has been identified and corrected. The entire implementation of future prevention has already occurred, a representative of the government said. The market regulator asserted that it keeps an eye on its detection and prevention systems and has strengthened security protocols for implementation and migration operations as a result of the occurrence.

In a related move, Sebi has mandated the attachment of a person’s bank accounts, shareholdings, and mutual fund holdings in order to collect around 18 crore in the Shree Ramkrishna Electro Controls Ltd. case. Following the company’s sale of redeemable cumulative preference shares (RCPS) to investors, Chandrakant Bhargav Gole was ordered to pay back the sum of 5.74 crore plus 15% interest annually, or 12.53 crore, according to a notice attached by Sebi on Thursday. During the pertinent time, Gole served as managing director of Shree Ramkrishna Electro Controls Ltd (SRECL).

More than 80% of the companies restructured their cybersecurity infrastructure