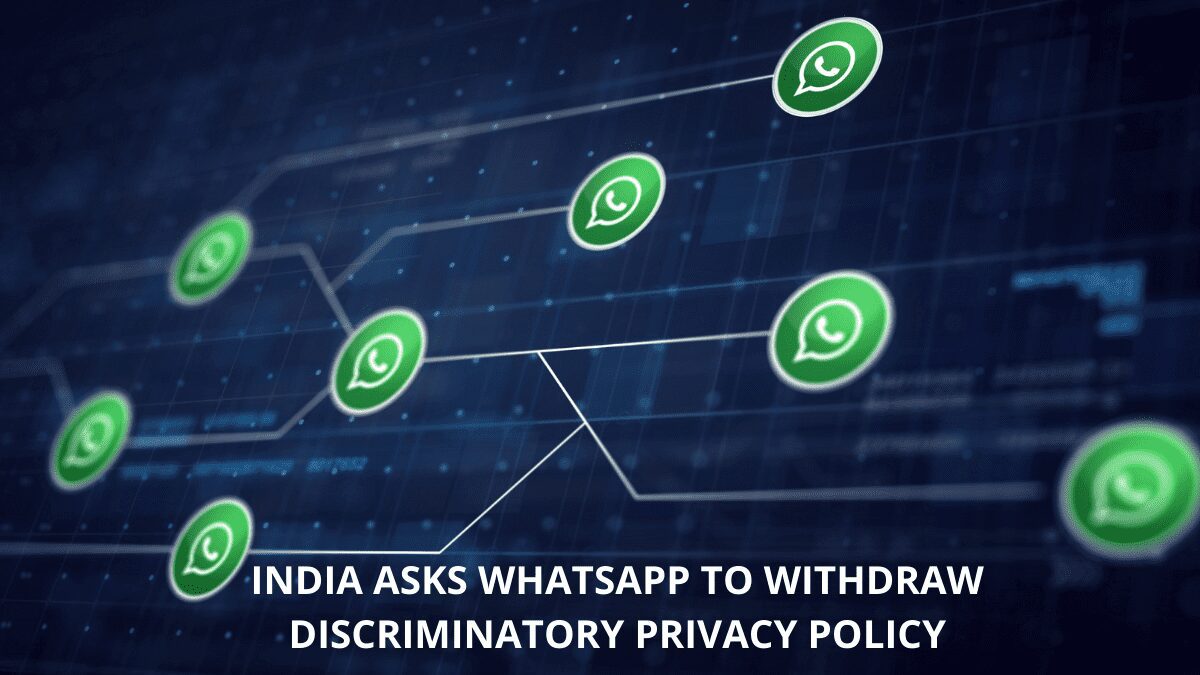 Ever since the Facebook owned messaging company, WhatsApp has sent notifications to users informing about its new privacy policy, it has always been the hot topic for discussion and is constantly facing backlashes from the users. Amid this situation, the technology ministry of India which happens to be one of WhatsApp’s biggest markets has asked WhatsApp to withdraw the changes to its privacy policy saying that the new privacy policy is a threat to user’s privacy.

India’s Ministry of Electronics and Information Technology wrote in an email to WhatsApp boss Will Cathcart dated January 18 replying to which WhatsApp has stated that there has been severe misunderstanding regarding the new policy and WhatsApp does not intend to share any personal information of its users with Facebook. Moreover, the company has also said that it would delay the new policy launch to May from February, after facing criticism from users in India and elsewhere to the new terms.

The email has created a new headache for the messaging app as India has got more than 400 million of WhatsApp users, and it has got big plans for the country’s growing digital payments space, including selling health insurance via partners. Indians are also switching to rival messengers such as Signal and Telegram.