How Machine Learning Will Impact The Future Of Work And Life 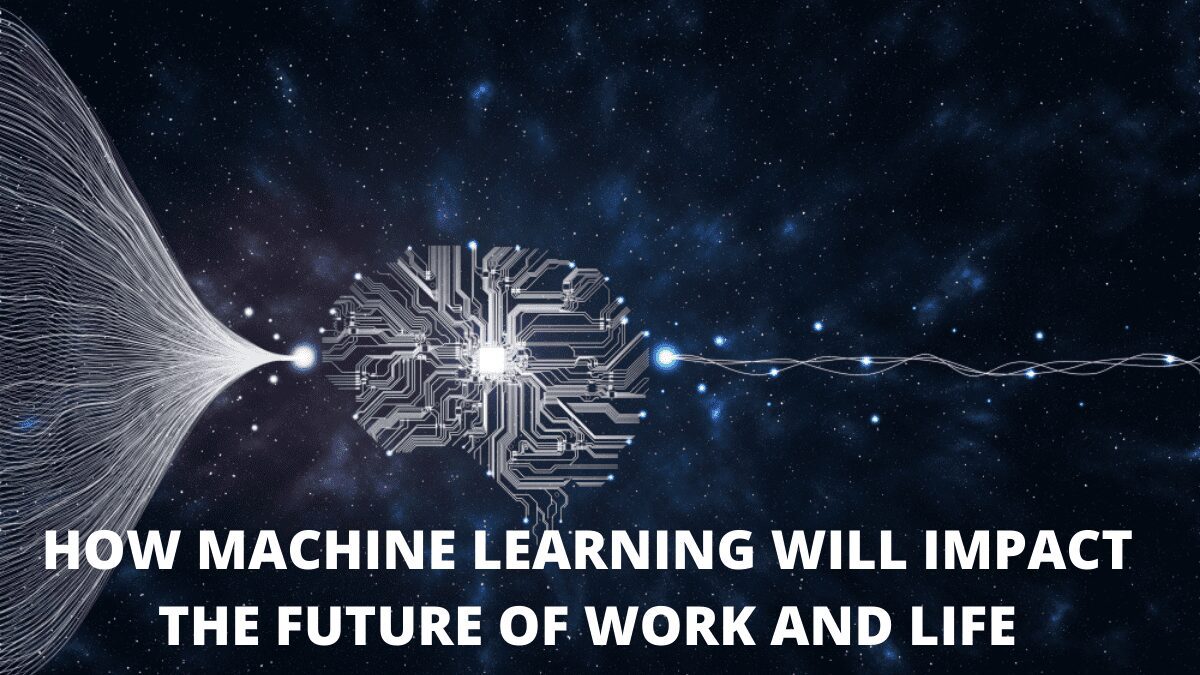 Machine learning and Artificial intelligence (AI) are now widely regarded as one of the most significant technological breakthroughs since the microprocessor. Artificial intelligence (AI) used to be a far-fetched notion from sci-fi, but it is now an everyday occurrence. Neural networks (which mimic the process of actual neurons in the brain) are setting the stage for “deep learning” advancements in machine learning.

If we know how to harness the potential of machine learning, we can have healthier, happier, and more fulfilling lives.

Here are a few ways machine learning can be impactful in our daily lives:

A few of you might recall IBM’s Deep Blue defeating Gary Kasparov at chess in 1997. However, if you weren’t there at the time, you may recall that in 2016, another computer application, Google DeepMind’s AlphaGo, bested Lee Sedol, the Go world champion.

Go is an old Chinese game that is far harder to master for computers than chess. However, AlphaGo was deliberately taught to play Go, but not just by merely studying the movements of the greatest players, but it was done by practicing against itself thousands of times and learning to be better at the game.

Self-driving cars can instantly adjust to shifting driving conditions while also adapting to new road circumstances thanks to machine learning. Onboard AI has the ability to make split-second judgments even quicker than veteran drivers by continually sifting through a flood of visual and sensor inputs.

Bomb disposal is among the most dangerous occupations. Robots (or, to be more technical, drones) are now undertaking these and other dangerous occupations. The majority of the drones currently require human control. However, as machine learning algorithms advance, these activities will be performed entirely by AI-enabled robots in the future. Thousands of lives have already been saved because of this technology.

Welding is another task that has been delegated to robots. This type of labor generates a lot of noise, a lot of heat, and hazardous chemicals in those fumes. These robotic welders would have to be programmed beforehand to weld in a specific spot if not for machine learning.

Everyday chores might be difficult for many elderly. Many people are forced to employ outside assistance or rely on relatives. Many families are becoming increasingly concerned about elder care.

AI has progressed to the point that it will soon be able to fulfill this demand. In-home robots might help elderly family members who don’t want to leave their houses. This approach gives family members more control over a loved one’s care.

Researchers in medicine and artificial intelligence have even tested devices that use infrared cameras to detect when an older person falls. Food and alcohol consumption, respiratory infections, restlessness, urine frequency, seat and bedding comfort, nutritional support, eating, sleeping, deteriorating mobility, and other factors may all be tracked by scientists and medical professionals.

AI and Machine learning has a lot of potential in the recreational sector, and streaming services like Amazon Prime, Netflix, Google Play, and Spotify have already used the technology. Some codes are already in use to prevent low-quality playback and buffering, ensuring that you receive the best possible service from your ISP.

Many homeowners seek AI-integrated cameras and security systems for the best home security technology. Face recognition systems and deep learning are used in these state-of-the-art systems to create a database of your home’s regular visitors, allowing them to identify unwelcome intruders in real-time.

Many more helpful functions are available in AI-integrated smart buildings, such as tracking when the pet was walked last or receiving notifications when your children return home after school. The latest systems may even ask for help on their own, making it a viable substitute to subscription-based businesses that offer comparable benefits.

Another benefit of smart homes is that they reduce domestic waste and automate recycling, placing the household in a better ecological balance. Releasing people from housekeeping might result in significant improvements in terms of sustainable development, time savings, and stress reduction.

Think about receiving a product in a matter of hours for a very inexpensive shipping fee. That’s the idea of AI in logistics services, which promises to control the trillion-dollar transport and logistics industry’s enormous quantities of data and choices. Amazon has already begun testing with self-driving drones, which will obliterate its already lightning-fast two-day shipping service.

These are a few of what could be achieved with machined learning and AI.

Applied machine learning is now the most promising AI method. We want to empower machines to study and then develop the necessary skills, rather than trying to codify all they need to know right away (which is impossible).

Machine learning has become relevant, and it is on its way to changing our lives.