How Cybercriminals are targeting people through KYC fraud 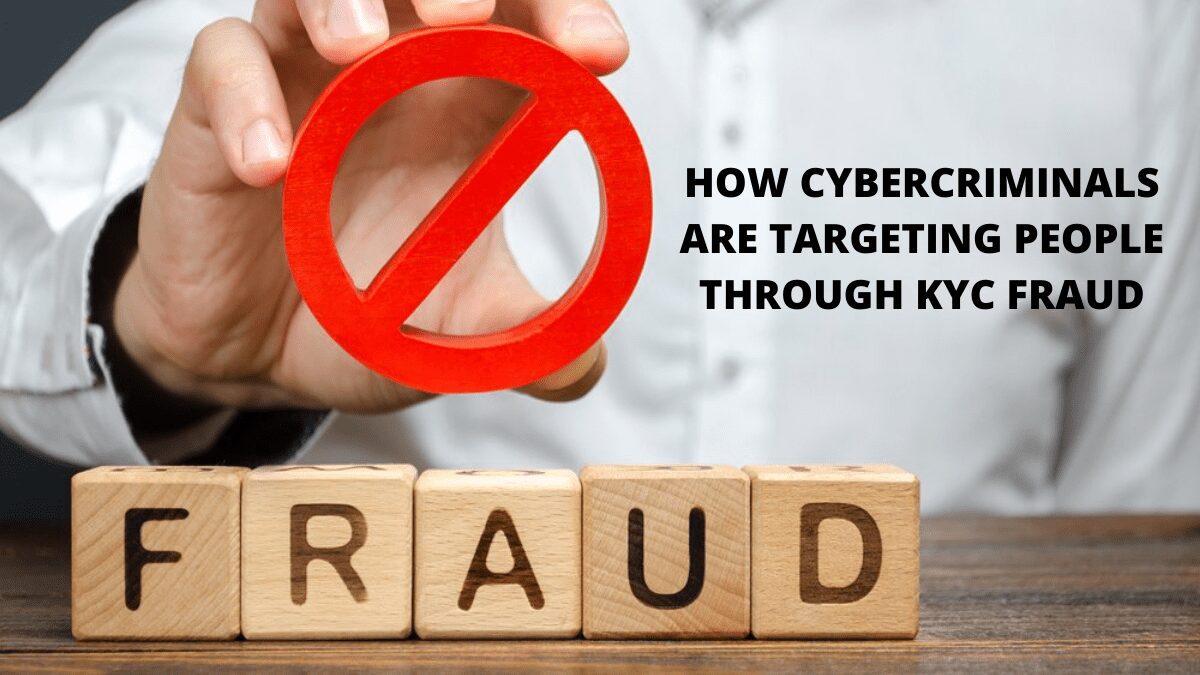 Cybercriminals have siphoned out over Rs 67 lakh from unsuspecting people’s bank accounts through KYC (Know Your Customer) fraud, according to Cyberabad police.

Fraudsters are coming up with new techniques to defraud people. The Cyber Crime Police station of the Cyberabad Police Commissionerate has been getting reports of fraud in the guise of KYC update for State Bank of India, Airtel, Paytm, and other companies.

Fraudsters, according to Cyberabad Police Commissioner Stephen Ravindra, transmit a link made with NGROK, Bitly, Google View form, and survey monkey, among other tools. So far, 140 incidents of SBI KYC fraud have been recorded, and a sum of Rs 67,10,021 has been stolen and siphoned off from the accounts of innocent individuals in Cyberabad this year.

Fraudsters are calling SBI account and credit card customers via mass SMS and phone calls, advising them to update their KYC information. They request that the user download several remote access apps such as Any Desk, Quick Support, Team Viewer, and so on. “When a customer downloads the application, they ask the customer to transfer nominal amount like one rupee, Rs 10 or Rs 100 for checking. When the customer transfers the money by entering his bank account details, his account is hacked and money is debited into the fraudster’s accounts in different transactions.”

Recently, scammers began emailing NGROK and Bitly URLs with instructions instructing users to open the link to update their KYC. When a visitor clicks on a link, the page is sent to a bogus web page that looks similar to SBI online banking. When the user inputs their net banking credentials, such as their user id, password, and OTP, a fraudster gathers the information and uses it to connect to the user’s account and then transfer the funds to their accounts.

The police commissioner has urged people not to believe messages or phone calls asking them to update KYC data on their SBI or other accounts because bank officials never send such messages/emails or make such phone calls regarding KYC updates.

People are cautioned not to divulge their bank account information to anybody, particularly their secret PIN (Personal Identification Number) or One Time Password (OTP).

No bank official or staff will ever ask a consumer for their PIN/OTP. People have been warned not to download mobile applications offered by unknown callers/unknown sources since criminals posing as bank employees would access their accounts and defraud them even before they realize it.

“Never transfer small amounts of money on the request of unknown callers as this transaction will help the offender gain access to your main account and thus help commit financial fraud by hacking your account,” said the police officer.